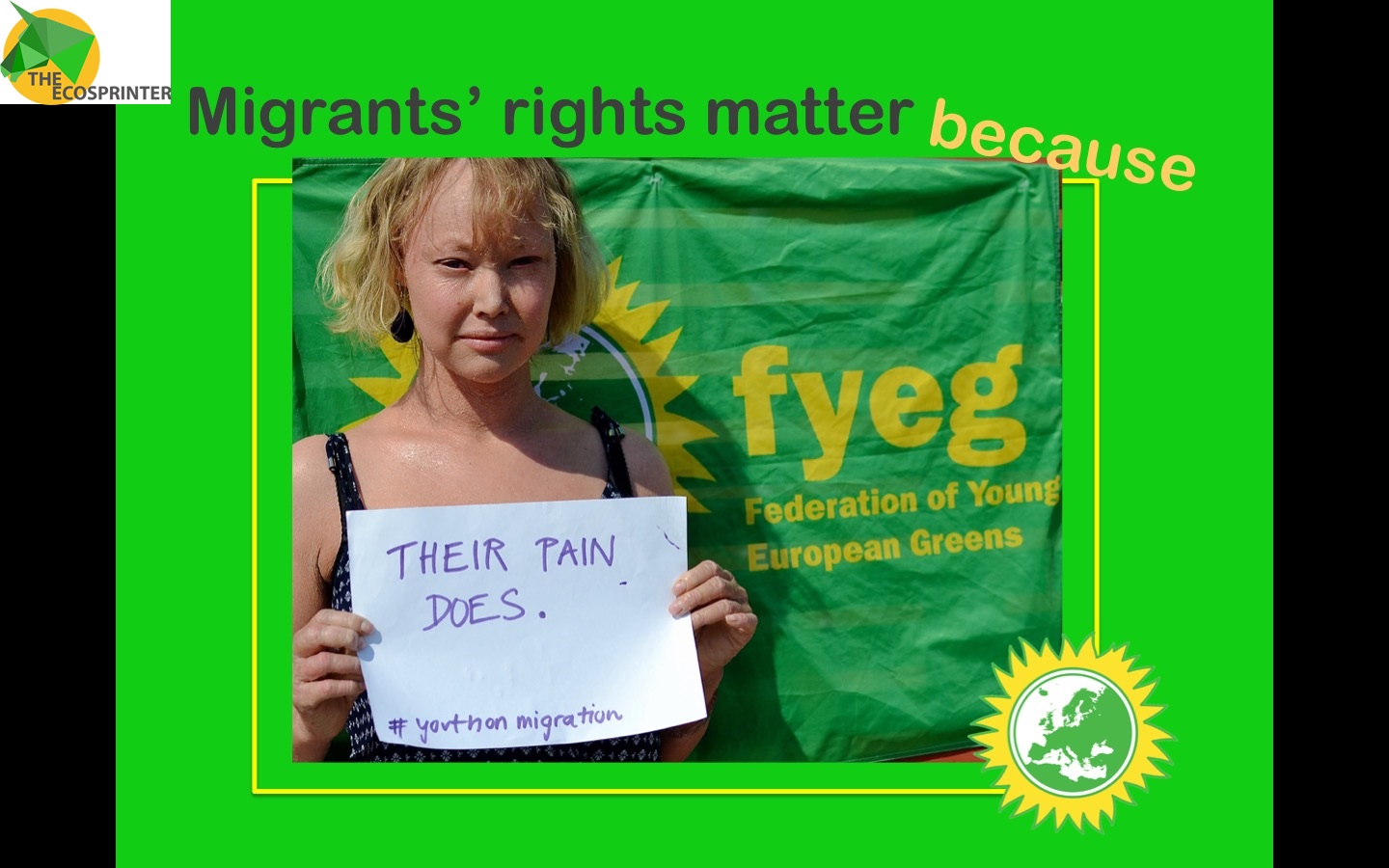 Part V of the series of reports on the #YouthOnMigration seminar in Malta, organized by FYEG and ADZ Green Youth, with participants from the FALAFEL network, a collaboration of various Euro-Mediterranean civil society organizations. (Full Series here)

For every FYEG-coordinated seminar, the Ecosprinter has been there to continue their recurring series of photo-booths, in which we ask several participants for their opinions and statements of various particular topics.

For the Youth on Migration: Campaigning and Advocacy Training in Malta in July (co-organized by FYEG and the young greens in Malta), we asked the attendees for their responses on why the rights of one of society’s most vulnerable people matter: 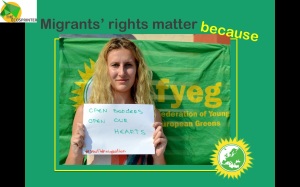 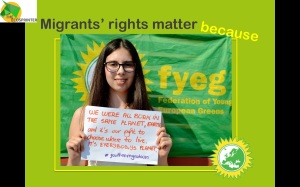 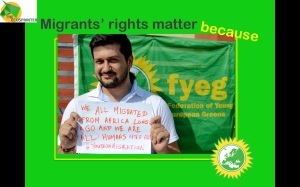 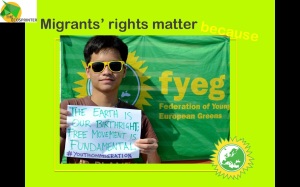 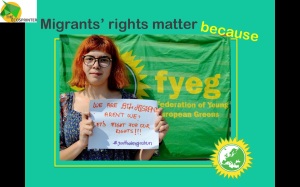 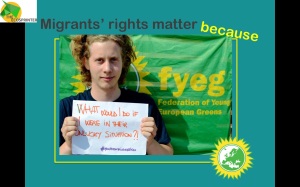 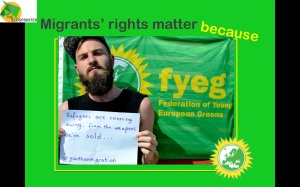 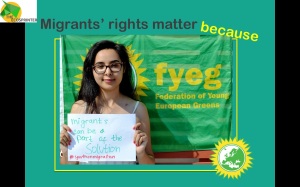 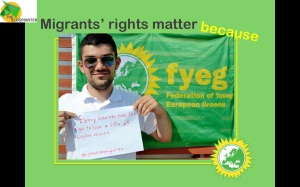 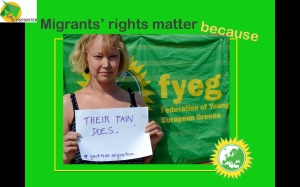 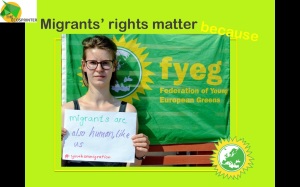 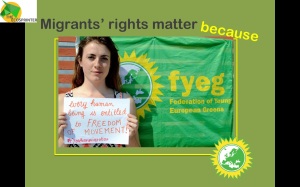 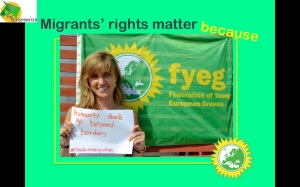 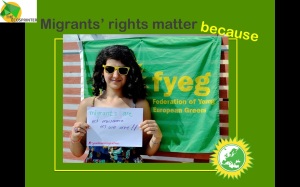 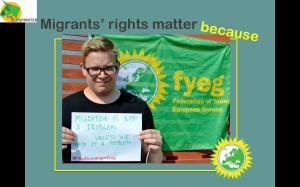 (Pictures were first published in the Ecosprinter’s Facebook page)

Migrants and refugees face hardships every day, in Malta as well as in the rest of the European Union. The training focused on these crucial issues, where it helped us gain an in-depth knowledge on the topics.

“United in Diversity” – that is the concept adopted by the European Union. The quote is nowadays an idea that everyone should respect. It promotes multiculturalism and tolerance. But considering today’s current state of affairs, the crises have stalled ambitious post-nationalist thinking and hindered conversations on envisioning a world without borders.

But as civil society, we campaign for the better. We take action and promote global freedom of movement. It is the collective responsibility of our society to prioritize human rights and dignity above national interests. We are all citizens of the world, and the notion of national boundaries being used as a tool to limit fundamental rights and equality is detrimental to societal progress.