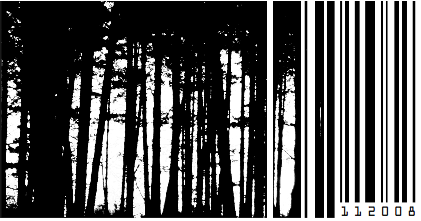 COP21 is not enough, we need an economic forum for a real change.

In order to stop following the illusion of a Climate Change mitigation and in order to create a real change with the aim to achieve a low-carbon society we should change our economic view. Since the Earth Summit in 1992 our leaders discuss the climate change mitigation, but apparently there is not enough will to change. Where is the origin of the problem?

With regard to the natural environment, sustainability has replaced “limits to growth” as a dominant theme so that market-based tools, such as cap-and-trade arrangements, voluntary agreements or non-binding rules, have gained growing relevance. In the regulation process often, for example in the carbon credits market, environmental sustainability is traded against commercial viability, and more credits are allowed in the market based on a commercial need rather than for environmental outcomes.

The neoliberalization of environment entails selective regulation and reorientation of state involvement or legal instruments. The current system is moving quickly towards a “neoliberalization of nature” that directs the natural resource management and environmental issues through market-oriented arrangements by off-loading right and responsibilities to private firms, civil society groups and individual citizens.

Privatization or commodification are the main market mechanisms used in the contemporary resource economy because nature is portrayed as “a product of deliberate intervention, a locus of artificiality, an object produced by humans”. The influence of neoliberalism is evident in many ways. In the compliance offset market in particular, where greenhouse gas reductions have been narrowly defined on the basis of being calculable and measurable and therefore able to be commoditized and traded.

By decomposing a tone of HFC-23 in China one can, via the link between the CDM and ETS, earn allowances to emit tones of CO2 in Europe. This example shows the underestimate complexity of the real impact of different quantities of different gases emitted in opposite parts of the world at different times, but these impacts are transformed in calculation and carbon market commoditizes climate regulations by assigning highly speculative capacities to supposedly equivalent, thus valuable according to their cost effectiveness and tradable, emission cuts. One of the objections against offsets is that reductions should be made at source and the developed nations should not be able to buy indulgences from poorest countries.

Besides neoliberal ideas and policies dominate the management and use of natural resources not only in the global North, but also in the global South where this market mechanism privileges an abstract version of conservation, in which nature is measured by desocialized science and given value through the logic of supply and demand.

For example in Mexico, social movement mobilized in opposition to this system, rejected the position of the World Bank, and they insist that the values of ecosystems derive less from the market prices of their services than from their contribution to peasant livelihoods, biodiversity and social benefits that cannot be quantified or sold. Also because environmental policies imposed by a neoliberal logic, often decided by the North, clash with state agendas and local development goal.

To face these problems the conceptual separation of nature and society supported by neoliberal environmentalism should be changed in order to develop a eco-social system.

We need a social development that leads to compensate the effects of climate-linked problems and to reduce the imbalance between global North and South. To achieve a framework ingrained with the values of Climate Justice more work should be done to investigate and to switch for a more social and ecological system that could have more environmental benefits and support for the developing economies.

We need an economics forum that discuss the climate change, COP21 is just a little arena that direct our attention far from the nucleus of the problem.