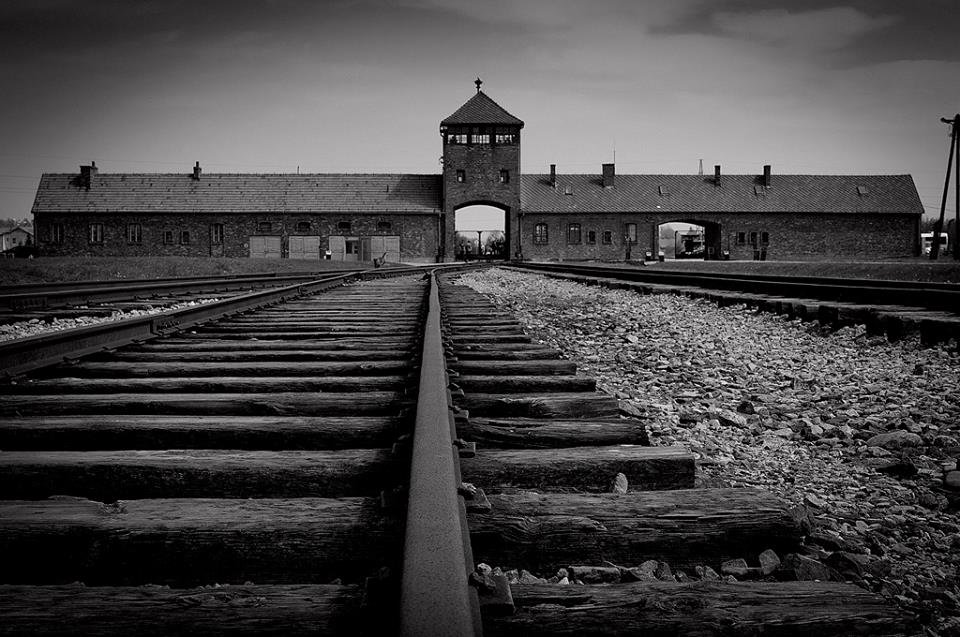 By Michael Bloss, Co-Spokesperson for the Federation of Young European Greens

The day of the liberation of Auschwitz was a cornerstone to the end of the worst time in European history. Its survivors, freed by the Soviet army, coined the famous slogan: „Never Again!“ –  a parole that inspired generations of anti-fascist activists in the post-World War II area.

Never again! – taking the slogan serious means being the seismograph of fascist movements in Europe and countering fascism wherever it gains grounds, it means understanding authoritarian developments in the society as threats to democracy.

We must not forget that anti-fascist ideas are deeply rooted in Green political values:

Green movements were and are sceptical towards elitism and authoritarian structures. Green political ecology tries to occupy, create and liberate a space between the state and the economy, it is about enabling everybody to lead an autonomous life and defending it against any form of discrimination, be it on the grounds of race, gender, sexual orientation or class. It is about creating a society based on mutual acceptance and diversity. However, the first step towards the establishment of fascist regimes has often been the limitation people´s freedom and the exclusion and discrimination of societal groups. It is in fact completely contrary to Green ideas of the emancipation of groups and individuals from societal discrimination. It is therefore, that whoever pursues Green political goals must be an anti-fascist at heart.

Also today, Greens must again be on their guard, since of the disturbing developments happening in Europe. Right-Wing extremists and fascist parties are again gaining grounds everywhere in Europe. Firing hatred against Muslims and against democracy; their paramilitary groups are patrolling in Greece. In Austria, Sweden and Germany, right-wing islamophobic patriots take to the streets to advocate for the discrimination of non-white citizens. But also people that kill others and use religion as a justification are in essence fascists, their vision of the society is similarly based on the suppression of groups and individuals that act different to their own ideology.

Where we see individual human beings as equals, they belief in their own cultural superiority makes them see only their own stereotypes of what they call the others. In such situations, concrete anti-fascism is needed. However, that does not mean to take action directly, countering or attacking the right-wing, it entails being empathic and interested in diversity.

There are different ideas to fight against fascism, after the 7th of January, many called for increased security measures, for more cameras and more police and soldiers on the streets. But we know that a society based on emancipation and diversity cannot be sustained by surveillance, mistrust and fear. It is sustained by not being afraid of “the other”. It is sustained by accepting difference and it is sustained by trusting people to be able to handle their freedoms.

70 years after the liberation of Auschwitz, societies based on diversity and plurality are far from being reached and still they are under constant threat. We are therefore called to defending the slogan “Never Again” and develop strategies to counter fascist developments. We have witnessed too many killings in the last days, be it on the streets of Paris, in the Jewish Museum in Brussels or on the streets of Germany, carried out by the National Socialist Underground..

But what can we as FYEG do? First we can bring a different perspective to the discussion: The European perspective. Already 70 years ago, fascism was a European phenomena and the movements were in contact with each other. Many European countries had a history of colonialism and a culture of white supremacy. This historic burden is not over, but still influences our societies everywhere in Europe. But also the anti-fascist movement is a pan-European phenomena. We can bring different movements together and let them exchange their experiences in countering fascism. That can be on many levels, in the streets with demonstrations and blockades, in educative work about fascism, in political fights or parliamentary strategies, on the table with the family or whatever. We can learn from each other and building upon this, we can create a credible European alternative. An alternative of diversity, acceptance and trust.