Extreme weather events driven by climate change, such as the devastating floods in Bangladesh, the recent wildfires in California, or the recurring droughts in the horn of Africa, displace on average 41 people every minute.

Climate migrants – people forced to leave their homes due to adverse climate conditions – are the human faces of climate change. While sweeping predictions about mass climate migration from developing to developed countries have captured high-profile global attention, scientific evidence debunks this common narrative.

The relationship between climate change and migration is complex. Climate change can result in a number of migration patterns (cyclical/temporary/permanent), where people migrate within their country or across national borders (internal/international migration) and ranges from voluntary migration to forced displacement. While global estimates on such flows are lacking, it is widely agreed that the bulk of climate migration tends to occur within countries rather than across countries.

People from developing countries are bearing the brunt of climate change. In these countries, on average, more than half of the people derive their incomes from agricultural activities. Climate change poses a threat to their livelihood by reducing farm outputs, causing water shortages and harming livestock. As such, climate-related hazards have a strong impact on their decision to migrate (or not to).

What if climate change was equally likely to trap people than to force them to migrate?

Recently, I carried out research on the impact of climate change on internal migration across six Sub-Saharan African countries (Burkina Faso, Botswana, Kenya, Mozambique, Tanzania, and Zambia). I linked individual-level data to high-resolution data on climate change. I tested whether climate anomalies (for instance experiencing higher monthly temperatures than usual) or the exposure to climate extremes (such as being exposed to an extreme drought) would push people to migrate within those six countries.

Notwithstanding the limitations of the study, the results suggest that climate change causes restricted mobility for individuals affected by adverse climatic conditions. For instance, across the six Sub-Saharan African countries in the study, a prolonged exposure to extreme droughts discouraged individuals to move to another province.

What is driving this relationship? Climate change undermines the resources needed to finance the cost of migrating by affecting agricultural income and employment opportunities. As most of the sampled countries are highly dependent on the agricultural sector, it is not unlikely that individuals cannot afford to migrate, thus becoming “trapped populations”. In line with recent studies, these results challenge common assumptions that climate change will consistently trigger mass migration.

Climate migration is only the tip of the (melting) iceberg

Considering these results, the most vulnerable to climate change are not necessarily those who are more likely to migrate. In fact, not having the means to move puts people at risk of falling into a poverty trap, which would further widen socio-economic inequalities. Climate migration should, therefore, be considered as an opportunity for adaptation to climate change. In most cases, migration offers new life perspectives and better employment prospects which can in turn help individuals cope against future adverse climate conditions.

As such, policy makers should alleviate some of the barriers to migration. Migrants, on the one hand, need to receive better access to the resources, information, and networks facilitating migration. On the other hand, cities need to prepare for an influx of migrants by adapting their current urban-planning policies through, for instance, improved housing and transportation facilities.

In the book State of the World 2015: Confronting Hidden Threats to Sustainability François Gemenne concludes: “The paramount goal of policy responses should be to enable people’s right to choose which adaptation strategy is best suited for their needs. This implies that people should be entitled with both the right to stay and the right to choose.”

Earlier in 2018, the international community came together to build a “Global Compact for Safe, Orderly and Regular Migration” to address all dimensions of international migration. While failing to address the topic of internal migration specifically, the global compact identifies the environmental drivers of migration and its subsequent challenges. For instance, the text acknowledges the need to facilitate regular migration pathways, which includes devising permanent relocation of communities or visa options.

Hopefully, the global compact for migration will result in adequate national and regional social protection policies for the people that are able to flee and for those that remain trapped. But if not translated into action, this global intergovernmental process is expected to finally bring official international recognition to climate-induced migration and some of its less-known facets. 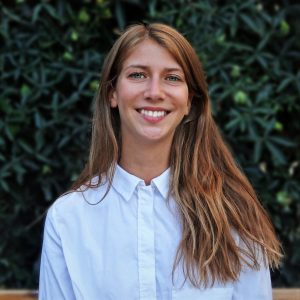 Fanny recently graduated with a double MSc in Development Economics from Lund University and Carlos III University of Madrid. Throughout her studies, she developed a strong interest for evidence-based research on the resilience mechanisms of communities facing natural disasters. Her empirical research on the impact of climate change on internal migration can be found here.