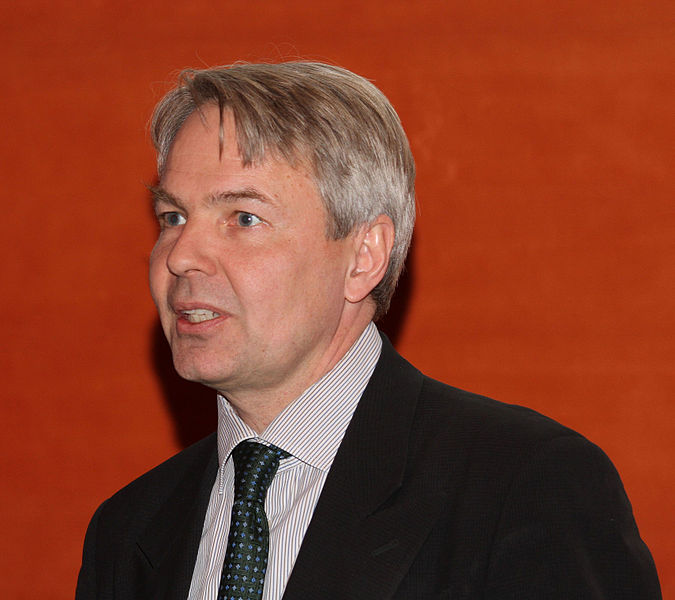 The candidate of the Greens, Pekka Haavisto did considerably well at the Finnish presidential elections in early 2012. He received 18.8 % of the votes at the first round among eight candidates of eight different parties and made it with that result to the run-off round against Sauli Niinistö, the candidate of the right-wing conservative party Kokoomus, who secured a 37 % support. Haavisto somewhat sensationally got his partial victory by his sympathetic, though determined and argumentatively clear appearances in the debates on TV when he succeeded to convince many swing voters. For Haavistos proceeding to the run-off round the failure of the Socialdemocratic candidate Paavo Lipponen was influential. Frankly said Lipponen seemed to be quite a man of yesterday (he gained only 6.7 % of the votes, which was a disastrous result considering the scale Finnish socialdemocrats have used to obtain at elections) and Haavisto managed to get many of the left and liberal minded voters to back him.

In the run-off round itself Haavisto was defeated by Niinistö with 38 % of the votes finally been given for the former and 62 % respectively for the latter candidate. With that result Haavisto achieved probably the best result a Green candidate at elections worldwide ever has. He also exceeded the symbolically significant amount of one million votes (which owes its meaning to Finland having approrimately a population of 5 million).

The most interesting aspect of Haavistos performance is though not the result itself, but how it came about. First of all we should mention as background information that presidential elections are even more than other popular elections in Finland focused on persons rather than parties. As a consequent the presidential candidates run for office and rally even without party symbols (the reason for this is that according to Finnish law the elected president must return his/her respective party membership for the period of his/her presidency in order for the president being accepted to symbolically represent the whole population).

The essence of Haavistos candidacy being based rather on conciliation than conflict made him feasible to vote for broad layers of people. His running for office was announced as first among the eight candidates already in 2010 and he immediately attracted highly appreciated persons of society to support his candidacy.

The so called “Haavisto phenomenon” gathered pace and took then its course especially during the two weeks between the first and run-off round. Already since the beginning of his campaign he had persuaded many nonpartisans to his side which despite of being independent – or according to some analyses ipso facto – campaigned enthusiastically for him. The probably trailblazing feature was that his campaign crew let the people mold freely and we due to that witnessed then the certainly most creative campaign in Finnish election history.

In addition to the traditional mode of handing out flyers we saw numerous flash mobs and fundraising concerts organized in no time by musicians backing Haavisto. The highlight of these events was the come-back –concert of a very popular band from the 90ies called Ultra Bra, who performed a gig together with other artists at the sold out ice stadium of Helsinki.

Facebook and other tools of social media were taken full advantage of in organizing all this. A notable trait was also that for the first time in a Finnish election campaign a steady stream of micro funds managed to be generated, with which we could catch up somewhat to Niinistös remarkably bigger campaign budget.

Haavistos unique presidential campaign is surely not to be repeated as such, though it remains as a source of inspiration. With the courage to flat hierarchies and trust in autonomous way of organization you can spark a stirring campaign