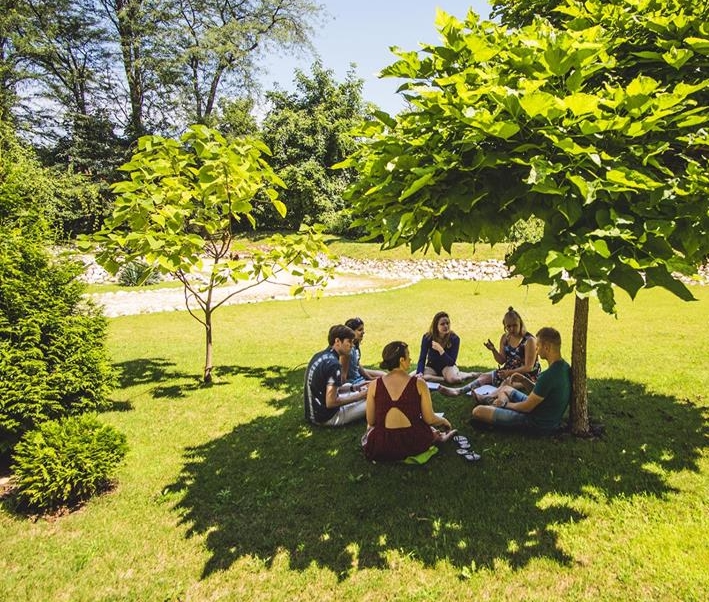 Broadly construed a common is a resource access to which a group of individuals shares or ought to share. This can be a fish pond which an entire village shares as its fishing ground, it can be a park in a city to which all citizens have access, it can be the ocean or the internet. Speaking of these various objects in terms of commons can help to provide a discursive platform which escapes capitalism and the norm of private or individual ownership.

In this podcast we explore in how much it is really an alternative, we look at various kinds of commons and wonder whether they all fit under the umbrella term that “commons” is, we question what has been called a “tragedy of commons”. We, that is me, Paula, Editor in Chief of the Ecosprinter and two commons activists: Iva and Thomas.

Iva is from Belgrade, Serbia, and active in various left groups there. Commons is currently a vital topic in Belgrade itself as many, especially foreign investors, are buying up large portions of land in the city to develop (that is gentrify and privatise) these spaces. The banks on the river Sava that runs through Belgrade are a primary example. When before they belonged to the citizens of Belgrade and could have provided space for communal events, they are now part of Belgrade Waterfront Project: the banks have turned into a gentrified area for the rich and affluent to have a drink and for businesses to rent their offices in skyscrapers along the river.

Thomas is from Amsterdam, the Netherlands, and works for the Commons Network (http://www.commonsnetwork.org) as community and knowledge manager. Thomas has a background in start-ups and is a member of the Pirate Party Amsterdam in Amsterdam West.

Hope you enjoy what is the first ever Ecosprinter podcast!

The interview was conducted by Paula, current editor in chief of the Ecosprinter. Paula studies Philosophy at Cambridge, she manages to turn every conversation into a conversation about her subject. Her cat would be called Georg Willhelm, short for Georg Willhelm Friedrich Hegel.