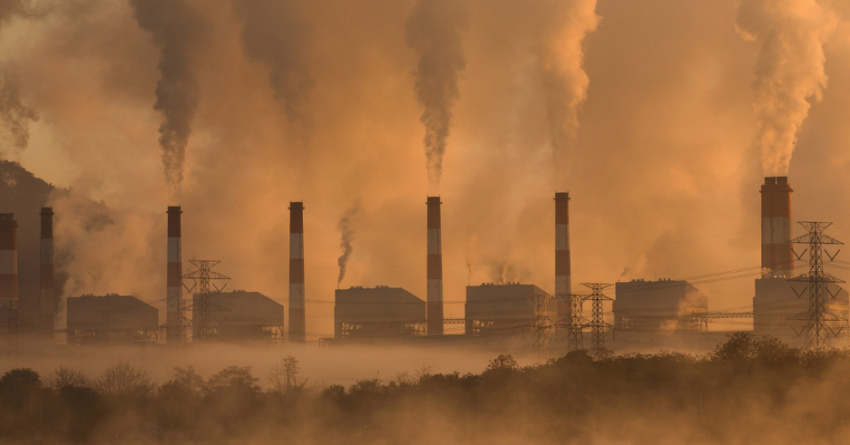 With temperatures as low as -20°C, energy security is a pressing concern for Poland this winter, especially for the millions who rely on coal for electricity and heating. Over 2 million households are now facing the prospect of energy poverty as their energy bills are expected to consume more than 10% of their household income. With climate change worsening year on year, the urgency to transition away from fossil fuels is increasing. However, Polish authorities do not seem to be in a rush. Coal remains the country’s primary source of energy, as well as the largest source of carbon dioxide emissions.

Successive Polish governments have opposed a green transition, citing their reluctance to become reliant on Russian gas supplies. Whilst domestic coal production winds down and becomes evermore unprofitable, the transition to renewable energy is progressing, but slowly.

Data from the International Energy Agency highlights the steady decline in coal consumption since 1990, stemming from the collapse of communism and the subsequent decline in heavy industrial output. Despite this, oil and gas are on the rise, and renewables are still a tiny fraction of Poland’s energy consumption.

Poland is in the unique position within the EU of having the ability to bypass oil and gas reliance thanks to the reduction in price and increase in accessibility of renewable energy. However, it is clear that they do not intend to take advantage of this opportunity.

Poland is noted for being ardent in their continued coal use over past decades, despite the overwhelming data regarding the damage of continued fossil fuel reliance. Today, coal in Poland is increasingly expensive to produce (as mines must be drilled deeper and deeper to maintain supplies), and there is not enough of it for the population. The Polish government may have successfully avoided becoming reliant on Russian oil and gas, but it became reliant on their coal instead. They imported over eight million tonnes of Russian coal in 2021, amounting to around 75% of its total imports. Without it, domestic production alone cannot meet demands.

The lack of these imports, which were halted in April 2022 due to the EU’s embargo on Russian coal, is already causing great concern for Polish people who rely on it as winter approaches. State-controlled mines in Poland have been rationing their supplies since August of this year, amid days-long queues to secure enough supplies of coal to survive the winter. An estimated 3.8 million households rely on coal for heating — with the Head of the Polish Coal Mining Union warning that 60% of those households are facing energy poverty this winter — highlighting the urgency in securing alternate energy supplies.

A one-time grant of 3,000 PLN (636 EUR) is available to all Polish households which use coal for heating this winter. However, this untargeted allowance provides only a temporary reprieve for those most vulnerable, and does not address the systemic issue of Poland’s reliance on fossil fuels.

Last month, a deal to build Poland’s first nuclear power plant was signed with a US company, followed by a memorandum of understanding with South Korea to further expand Poland’s nuclear capacity.

A supposedly green form of energy production, its supporters highlight the lack of pollution caused by nuclear plants and the minimal damage to its surrounding environment. However, uranium mining, an essential component of nuclear energy production, creates significant pollution and damages the local environment and biodiversity significantly. Yet it is still recognised as green energy because the damaging aspect of the process occurs in the Global South where the majority of uranium mines are located.

The main concern over Poland’s nuclear expansion, however, is that the first plant is not due to begin functioning until 2033, three years after the EU’s Climate Target Plan deadline. State Assets Minister Jacek Sasin announced that Poland will not begin closing its current coal mines until their first nuclear reactor becomes operational, and will continue to mine coal domestically until 2049. The Polish government is choosing to prolong expensive and environmentally damaging energy production whilst constructing even more expensive (and still environmentally damaging) alternative energy sources.

Meanwhile, other renewables such as wind and solar, which have seen greater prevalence in Poland in recent years, are cheaper than ever and take a fraction of the time to construct compared to nuclear. In France, recent legislation will mandate that all outdoor car parks with the capacity for over 80 cars install solar panels on the building roofs, generating up to 11 gigawatts of electricity — the equivalent of 10 nuclear reactors. With time becoming an ever-scarcer resource in the fight against climate change, Poland is wasting theirs on impractical and costly forms of renewable energy.

The Polish argument to this is that wind and solar alone will not provide a stable enough energy source to meet the demands of the population. Legislation from 2016, known as the 10H rule, mandates a minimum distance of 10 times the height of a wind turbine between a wind farm and a residential building. In reality, this has all but prohibited the construction and modernisation of onshore wind in Poland. As such, it is no surprise that Poland cannot use wind as a replacement for coal.

The Polish government drafted a law this summer to ease the restrictions and allow local governments to approve onshore wind farms. If passed, only a 500m minimum distance between wind farms and buildings would be required. This could make a substantial difference to Poland’s energy diversification, yet the lack of urgency in passing the law, despite the current energy crisis, is obvious. If Poland continues their energy transition at this pace, they risk completely derailing the EU’s 2030 climate targets.

The Polish government’s choice instead to build two nuclear reactors over the next eleven years begs more questions about how the country will support itself if energy trends continue as they currently are. The coal industry will continue to become more unprofitable in the next decade, and waiting until the 2030s to begin transitioning away from coal usage is dangerously negligent for the country and the planet.

Given the outcome of COP27 in Sharm-el-Sheikh, the urgency of climate action is brought into stark view. As an EU member state, Poland is committed to setting the global benchmark for climate action. Domestically, this commitment is not visible. The Polish renewable energy plan is to wait a decade whilst the state develops minimal nuclear capacity, and then begin fully transitioning away from fossil fuels.

Millions of Polish people are already concerned about a lack of access to coal this winter, and the prospect of waiting until 2033 to begin replacing coal with nuclear energy is ludicrous. Poland has certainly come to a solution to their energy transition, but it is, as of yet, unclear as to how many millions will suffer for it, both in Poland and beyond.

This article was originally published in Lossi 36.