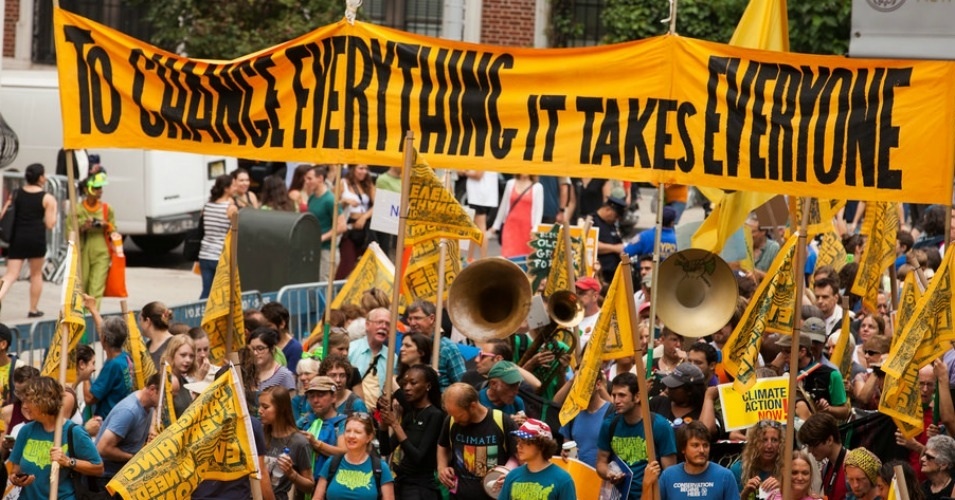 In the past few days, there was something missing in the German media. Something, which was featured by the New York Times front page, the Guardian, the Washington Post, BBC and across the internet: the Peoples’ Climate March, organized by environmental NGOs, indigenous peoples, local initiatives and supported by the UN.

This weekend was selected as an angle-point because of the UN Climate Summit that begins Tuesday in New York. The Head of States from about 120 countries will be there to catalyze action for the UN climate process. But many Head of States from the global north found it unnecessary to attend this summit. Angela, the „climate chancellor“ from 2009 will not be there but instead be speaking in front of German industry.

Let’s take a look at the „records“ we measured in the last months and years: the arctic rise. If Neil Armstrong would fly to the moon right now, he would see just the half the ice he saw back in the 1960s. We have taken on one of the biggest attributes of our planet and melted it by 50%.

The oceans – 30% more acidic. The last three decades – each of it was warmer than any decade recorded before. The west Antarctic ice shield – unstable. The CO2-concentration – approximately as high as never before in human history. The average temperature – now 0,85°C warmer than before the industrial revolution.

As the same time we see, that climate diplomacy doesn’t deliver what it should. Copenhagen in 2009 failed. Cancun designed a fund which is an empty shell so far. Durban only found an agreement about the process. Doha had no consensus. And Warsaw in 2013 was a “COPorate COP.” The fossil fuel lobby showed up as if they were climate activists and the Polish government helped them to undermine the whole process. The process of the World Health Organization forbids it to have meetings with the cigarettes lobby, as the aim of both contradicts. On the other hand the outcome of the COP was so weak, that large parts of Civil Society walked out. Countries used this as a negotiation tactic, to prove that consensus is impossible. 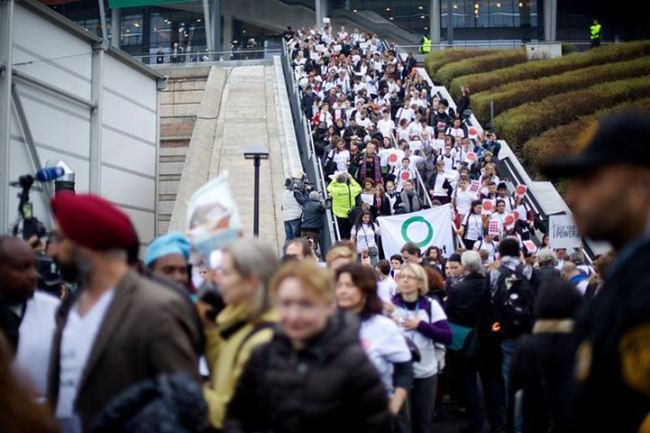 This was the biggest success of Warsaw: the NGOs, which had been more likely to be fighting each other instead of working together in the years before, began to unite. They are already preparing the mobilization for the Climate Summit 2015 in Paris.

This weekend the strategy reached its first tipping-point: Everywhere in the world, hundreds of thousands of people were out on on the streets – Pakistan, Nepal, Australia, India, USA, Canada, Sri Lanka, Philippines, Belgium – about 2800 events in about 160 countries. It’s stunning, isn’t it?
The biggest March happened in New York. It was the biggest climate demonstration we have ever seen. About 310.000 people – some sources say about 400.000 – were on the streets, including Al Gore, Ban-Ki Moon and so on. 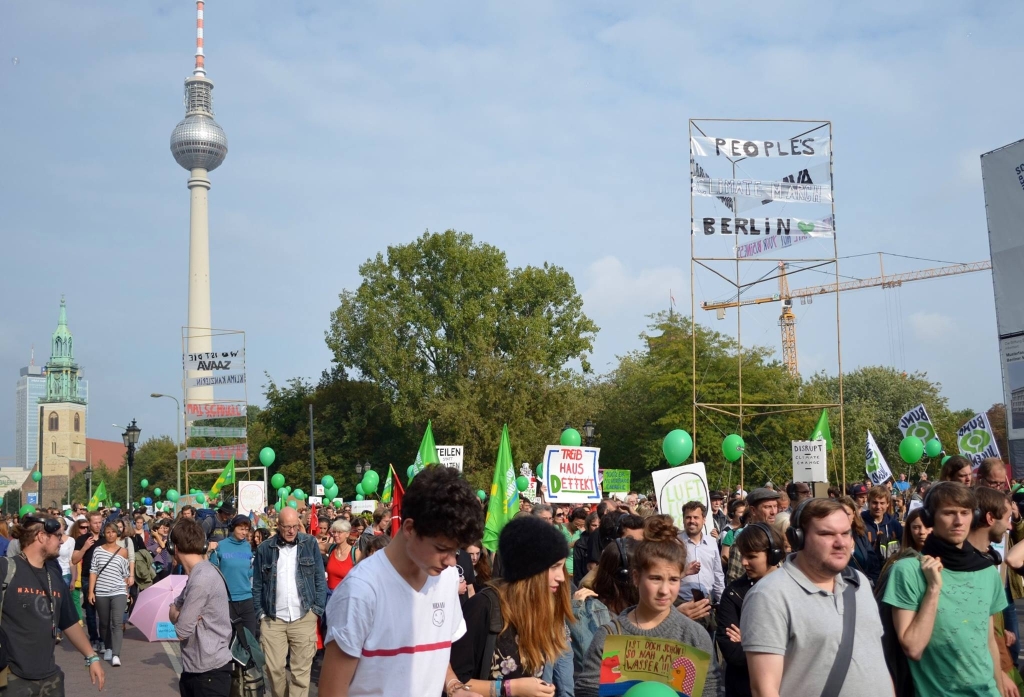 In Berlin, there were over 6.000 people on the streets, taking part in a Silent Climate Parade to show how smoothly the climate crisis is going to happen.

This march wanted to show something. Firstly, one of the biggest mobilisations in the history of climate movement pushed itself into the mainstream media. Secondly, after all the failures of the UN Climate negotiations, it made clear that we can not trust in climate diplomacy alone. Thirdly it showed, that the climate crisis is a cross cutting issue. In New York, the March showed the front lines of the crisis. That we can build the future, we have solutions, we know who is responsible, the debate is over and that we need everyone to change everything. And fourthly it showed that many people think this topic is important and how colourful this movement is. All in all the march also gave us a hint where the journey is going.

International Climate Policy might stay as a cornerstone of the climate movement – but new ones will be build. One part of the strategy is to influence domestic policy more than before. Another part is, that much of this action needs to happen on a local level. But most important that we will directly take on the ones who are causing the climate crisis: big corporations who emit huge amounts of emissions.

One of the strategies is „divestment“ to bring institutions – cities, universities or banks – to an absolute reduction of all kinds of financial assets from the fossil fuel industry to invest in „green“ assets. Not only will it help in the issue of global warming, it will create jobs and be financially beneficial. If the only, really binding agreement of Copenhagen – to keep global warming below 2°C – is meant in a serious way, 80% of all reserves of fossil fuels need to be left, where they are. The ratings of this industry are based on these reserves. So leave the oil in the soil and the coal in the hole!

This article was originally published in Hezogtum Direkt.

Anton Jaekel is an experienced climate activist with a keen expertise in the international climate negotiations. He is based out of Germany where he is studying.