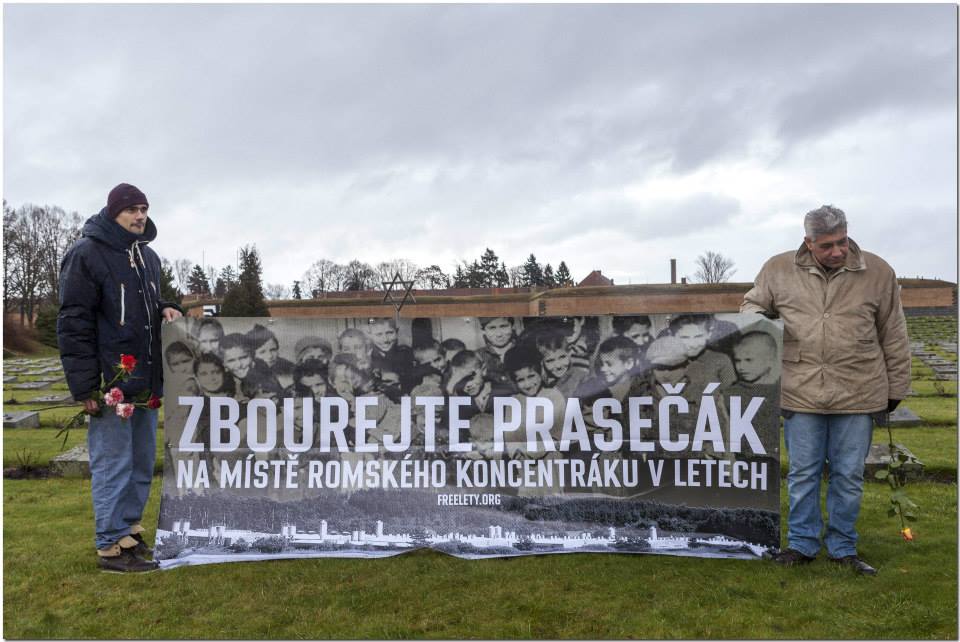 By Josef Šmída, Member of the Executive Committee of the Federation of Young European Greens

One of the biggest horrors in human history ever is the Holocaust. A genocide of human diversity widely known as a genocide of Jews in the name of Nazi ideology before and during the WWII. A nightmare which afterwards gave a basis – as a reaction to never repeat it again – for the Universal Declaration for Human Rights and further developed the international human rights framework. But is it enough as a global reaction towards such a genocide? It could be if the implementation is universal as well and does not have to face endless hatred, phobias and discrimination across the world.

In the end of January 2015 it is 70 years after the liberation of the most brutal Nazi extermination camp, Auschwitz-Birkenau where at least 1.1 million prisoners died. Nevertheless, do we know enough about Holocaust even after 70 years? What do we know about other ethnicities and social groups who were victims of this tragedy too? Furthermore, what do we know about Czech situation particularly? Has the Czech society reconciled with the past? Let me tell you a brief story about one death camp in South Bohemia where hundreds of Romani people were tortured and murdered, but still today are not recognized as victims of Holocaust by the general public.

Camp Lety (In Czech: Tábor Lety), administrated by the Czech Criminal Police, was situated close to the city of Písek, about one hour south from the capital. Until August 1942 its capacity was around 600 men, but later it grew to up to 1100 including women and children. The living conditions were terrible, many people died of diseases because of poor hygienical conditions (e.g. in 1943 they were struggling with Typhus epidemic), died of exhaustion or due to the cruelty of its guards. (1) No child who was born in the camp survived. All guards were Czechs, no German or any other nationality has been served in this madness. On the contrary, the Czech guards showed as much pitilessness and brutality as their German colleagues in other Nazi concentration or death camps all around Europe. This case, besides other things, approves there are no borders in cruelty as well as that the human brutality is not based on any biological ground either. Czechs until today do not accept that they massively cooperated during the Holocaust, they consider themselves only as victims, not murders… thus this is a taboo to discuss related to Nazi terror in our territory.

Romani people called the Holocaust as Porajmos (2). During WWII 90 % of Romani population in the Czech lands were exterminated (!). Camp Lety is among engaged historians, activists and Romani people understood as a symbol of Porajmos in Czech. Romani people who live in the Czech Republic nowadays mostly have their roots in Slovakia. They have come to Czech mainly during the communist’ assimilation politics which have broken their traditional life, family connections and brought them into Czech towns and cities without any proper preparation and human sensitiveness, basically as if they were things and not beings.

Besides the communist’ seed of anti-Gypsyism, which thus has been built on the ground of xenophobia, a non-understanding of the cultural diversity and specifically lack of tolerance towards relocated Slovakian Romani people, the Czech attitude to the Romani Porajmos is underlined in the own situation around Camp Lety. However of all the important places related to Holocaust which are well maintained with respect towards their victims, Camp Lety is not. Next to and also partly on the place, where the camp had been built originally, was built a large-capacity pig farm in 1973 which still stands today. The unworthy, undignified and smelly piggery which harasses year to year all of the visitors who wish to honor the memory of all the victims of the Camp and Porajmos in Czech at all. One terrible camp exchanged to another one. Such ignorance and irreverence!

Meanwhile, the Czech Republic is facing anti-Gypsyism on various levels, from ordinary disrespected mutual coexistence, where openly almost 8 out of 10 people (3) do not want to live next to Romani people via the systematic segregation of Romani children in schools (4) up to far-right marches and rallies which are full of hatred towards Romani people. These are not far from serious pogroms what we know from the beginning of the 20th century as well as several racial-based murders. Just imagine if Czechs had the same attitude against Jews.

Thus far, will the 70th anniversary of the liberation of the Auschwitz-Birkenau be an opportunity for the recognition of Porajmos in the Czech lands finally? Will it be an opportunity for the final demolition of the pig farm and for a construction of a dignified place of Romani reverence, for broad reconciliation with the Holocaust in the Czech Republic as well as for the universal inclusion of all ethnicities in its territory to full life? I hope so very much, but my skepticism persists.

(1) According to historical sources around 1400 people has been integrated in the camp, 327 did not survived, around ¼ was released or escaped and ¼ was transported to gassed to death in Auschwitz-Birkenau.

(3) According to public polls around 90 % of Czechs see mutual coexistence with Romani people as very problematic.