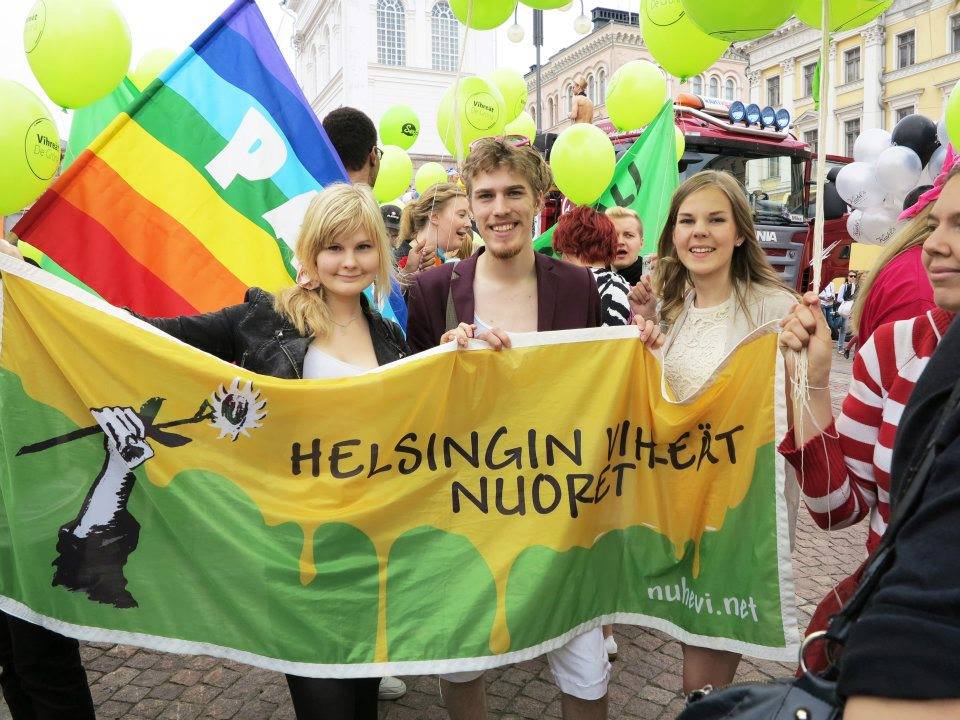 On the afternoon of the 28.11.2014, the streets of Helsinki echoed shouts of “Tahdon!”, “I do!”. Moments after, many happy couples sealed the deal with engagement rings. The Finnish Parliament had voted to allow gender-neutral marriage by 105 to 92 votes.

Despite the grey weather, thousands of supporters gathered outside the parliament building waving rainbow flags, dancing, smiling and even crying. And love, it was definitely in the air: not only between two persons, but nationally and universally. Discussion on the subject ha\d been polarized, but on Friday, the opponents found themselves vastly outnumbered both inside and outside of the chamber.

The outcome is a great triumph for supporters of equal rights for sexual minorities. Finally and with pride, Finland is joining the club of gay-marriage legalising countries, including all other Nordic countries. And there is more. This also marks the first time that a citizens’ initiative has received lawmakers’ blessing to be written into the law books. The vote was initially brought to parliament after a public petition gathered  160,000 signatures and forced a debate on the issue.

Same-sex marriage has been discussed with varying intensity since the late 1990s, but got a new boost in the spring of 2010 when Green Member of Parliament Oras Tynkkynen submitted a draft of a proposed bill to make marriage gender-neutral. After much discussion in the national media, Green Minister of Justice, Tuija Brax announced in July that the Ministry of Justice would begin examining the possibility and legal implications of a gender-neutral matrimony law in the autumn of 2010. According to her, it was essential that everyone is treated equally before the law.

Soon after, the issue was strongly covered in the media and also provoked some dramatic opinions. Approximately 30,000 people resigned from the Evangelical Lutheran Church of Finland in the week following a broadcast, where church representatives had opposed same-sex marriage. This was quite a scandal, compared to the weekly average of about 1000 resigners.

What do we all have to learn about Finland’s strong shift towards recognition of equal human rights? This question is well answered by Milla Halme, campaign coordinator of the same-sex marriage movement Tahdon2013.

“During two years Tahdon2013 (I do -campaign) turned from a campaign which was ran by a few people into a citizens’ movement. That’s what made it possible for the citizens’ initiative for equal marriage law to pass. Actually I feel it it was necessary, because members of parliament needed to see and feel for themselves that people’s opinion on the matter had shifted and that the people strongly supported our cause.”

Few eager politicians are not enough. To change a nation, a national movement is needed. But to start a movement  doesn’t take a nation – you can do it today

Photo from the Pride festival in Helsinki was taken by Mira Pöyhönen.

Candidate for Parliament in Finland