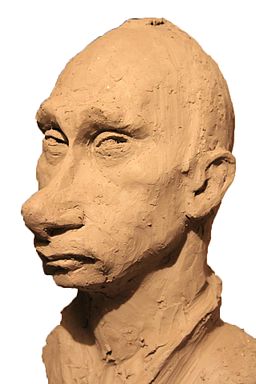 Following 2011-2012 popular protests in Russia, Putin has significantly tightened state control over Russian media by enacting Draconian laws to prosecute anti-governmental outcries. By doing so, Russia has become one of the most dangerous countries for journalists to work. Nevertheless, by keeping independent media under state terror, the Kremlin is benefitting a lot from a prevailed climate of fear in the country. While Putin was largely focused on subjugating national television during his two previous presidential terms, 2011-12 protests signaled the increasing role of Internet as an alternative space for political coordination between protesters. Thus, with his return to the power in 2012, Putin decided to enhance control on Internet along with traditional media forms and the government’s attitude toward the virtual space has shifted from a general indifference to an evolving cyber phobia (1). On this ground, Russia has developed three foremost domains of media control.

Nowadays, Russian media does not represent the subject of Soviet-style total control by the government. Instead, the obsolete media crackdown practices have been replaced by the novel expedients in Russia, thus the state’s new tactic entails censorship on a selective basis. Therefore, the regime does not need to control all media outlets en masse, but its chief targets are particular individuals or outlets and by punishing them, the state compels the rest of media actors to censor themselves. Through this selective prosecution, the state is fomenting strategic uncertainty in the minds of journalists and media outlets. Hypothetically speaking, if there are three anti-government publications, state chastises only one, using selective application of legal mechanisms. By doing so, state indirectly warns two other outlets along with broader audience that in case they keep on being critical, they will share the same perilous fate. Thus, erratic punishment of media corporations is one of the widespread crackdown techniques in Russia.

In the meantime, the Kremlin does not officially seek to forbid bringing out of critical publications. However, unfavorable publication might trigger selective prosecution by the state post-factum, meaning after publication is already released and government invokes ambiguous law to punish detractor. As Anna Arutunyan puts it, “unlike the Soviet Union where the state held a monopoly on the media, there are no legal mechanisms to prevent, de jure, the presentation of Yashin’s report or Navalny’s film about Chaika. Instead there are laws that crack down selectively – and often randomly – on the wrongdoer after the fact” (2).

Maria Snegovaya outlines a number of advantages of selective prosecution for the Kremlin (3). Firstly, in the contemporary world, it is immensely costly and almost impossible to maintain a total control over the media. Thus, this selective repression strategy embodies the substitution of pervasive security apparatus and eliminates public dissent. By arbitrary sentencing of certain individuals, the state spreads a mood of fear into a wider media community that makes the latter more inclined to exert self-censorship. Second, the all-out media control might adversely affect the government itself, since opposition forces need at least a tiny fraction of public space to let off steam. Finally, yet importantly, fomenting of strategic uncertainty enables the government to reverse its course, in case there is a perception that state exceeded all limits that might pose an insurmountable hazard to the regime itself. 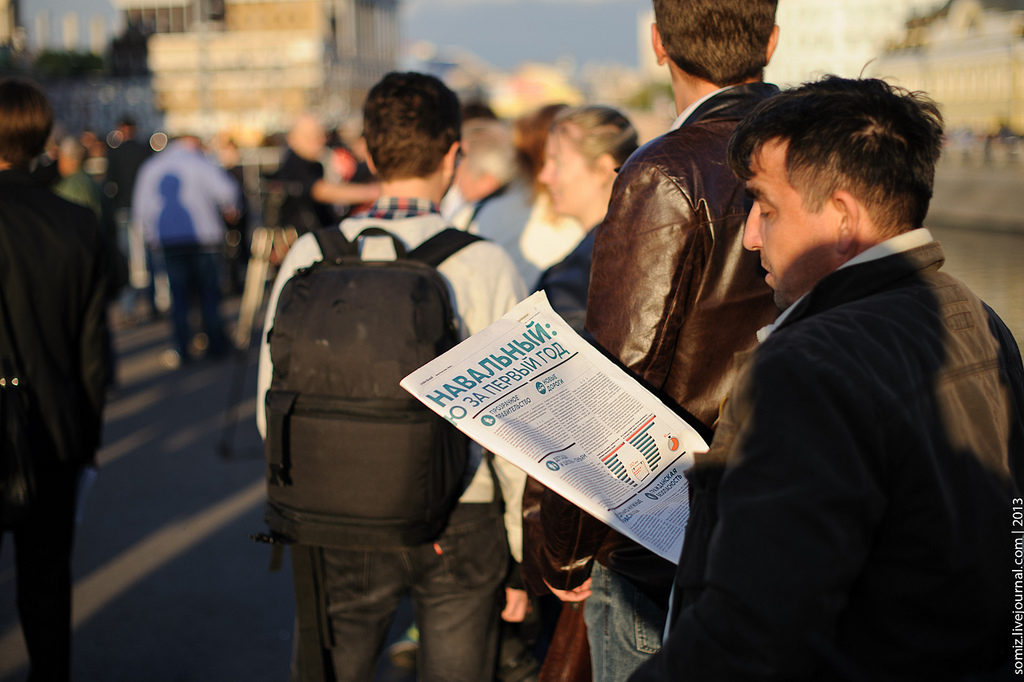 The Kremlin Propaganda and reshaping of narratives

After Putin successfully implemented selective censorship, the Kremlin set in motion the propaganda machine, because after suppressing the independent voices in the country, the state saw the need to produce its own truth for audiences. Consequently, Russian national TV channels and tamed media outlets started pursuing the aggressive and withering propaganda campaign. However, the state perceives its propaganda as not producing of lies, but as reinventing the reality and shaping of narratives behind facts. Along similar lines, Peter Pomerantsev argues that “state run international news channel, Russia Today seems dedicated to the proposition that after the notion of objectivity has evaporated, all stories are equally true” (4). Additionally, one of the mottos of Russian propaganda is that objective reporting as such does not exist in the universe at all.

Nowadays, the Kremlin’s information propaganda represents its weapon internationally, directed toward external audiences. As the head of the General Staff of the Armed Forces of the Russian Federation, Valery Gerasimov claimed, “today’s war does not lay in the realm of physical contact but in what Russian theorists described as the “psychosphere”. These wars of the future would be fought not on the battlefield but in the minds of men” (5).  Based on this, Russian propaganda is predominantly grounded in anti-Westernism and anti-Americanism and the target states face difficulties to find a viable self-defense mechanism in order to effectively withstand with this peril.

Undeniably, without silencing of independent media within the country, the Kremlin would be unable to control strategic narratives. Thus, Moscow’s propaganda machine creates an alternative reality, which is reported by international media outlets and as a result, external audiences are becoming more and more vulnerable to disinformation attacks. 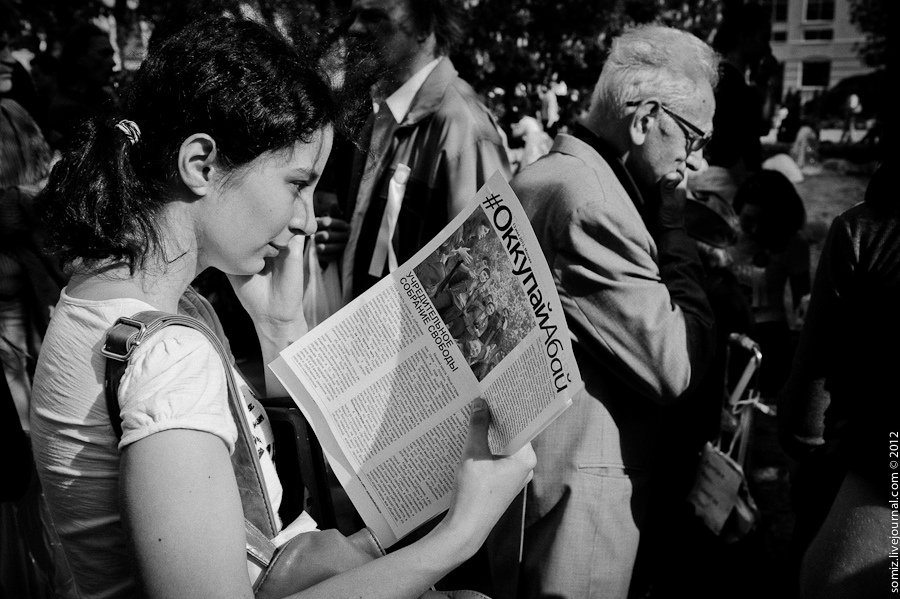 The subsequent crackdown means that restrictive laws are a part of Moscow’s toolbox. These ambiguously worded laws permit the authorities to manipulate and interpret the legal provisions for the selective application with an aim to reinforce strategic uncertainty among journalists and media outlets by castigating opponents at their discretion. The next section discusses Roskomnadzor, the main punishing machine at government’s disposal against the opposition media.  Afterwards, I will outline the most notorious laws, widely applied against media workers.

The Federal Service for Supervision of Communications, Information Technology, and Mass Media (Roskomnadzor) is the official executive authority in charge of media control in Russia.  Its main responsibility is to control and supervise all kinds of media in the country. Roskomnadzor is equipped with the legal jurisdiction to completely ban or sanction media outlets, including websites, social and print media, if their activities are recognized as conflicting to the state law. In most cases, the law enforcement by Roskomnadzor is selective and politically motivated. As Maria Stepanova notes, “Roskomnadzor has reawakened people’s internal editors—the voice in your head that consciously or unconsciously makes you question what you are writing or publishing. Does this cross the line? Will this get me in trouble? (6)”

It is widely known that Russian leadership uses federal law on countering extremist activity not only for prosecuting hate crimes, but also against those people, who criticize Russian authorities. As a Freedom House report argues, “Russian law contains a broad definition of extremism that officials invoke to silence government critics, including journalists; enforcement of this and other restrictive legal provisions has encouraged self-censorship” (7). The same report notes, “In the first half of the year alone, Roskomnadzor blocked more than 85 websites for containing “extremist content” based on orders from the prosecutor general’s office”. Roskomnadzor invoked law on extremism, when it blocked the blog and the site of Russian opposition leaders, Alexey Navally and Gari Kasparov. Furthermore, Anna Buchneva highlights that “condemnation of the Crimea annexation is considered as calls for infringement of the territorial integrity of Russia, and criticism of the United Russia is recognized as the incitement of hatred to a social group” (8). Thus, these acts automatically bring into play the law on anti-extremism as well as undesirable publications in Russian media.

Law on Protection of Feelings of Religious Believers

This controversial law aims at protecting religious feelings of believers and entails criminal penalties along with up to three years of prison for those, who insult religious feelings of another person. However, critics argue that this law does not define clearly what religious feelings represent, thus hardly one can anticipate whether he/she offends these feelings. As in previous cases, this law is also open for multiple interpretations and as a result, it significantly limits the freedom of expression, primarily for media workers. The final arbiter is Roskomnadzor again and if it infers that particular book or journalistic work is inconsistent with this law, the authors might be charged.

Evgeny Onegin conducted an outstanding research to examine how this law affects media freedom in Russia. Within the frames of this research, he interviewed 128 employees of different types of media associations. As a result, “the majority, 119, said that after the revised blasphemy law came into force, managers told them not to mention religions, religious problems, traditions and “different manifestations of unbelief”. Some media organizations even prohibited usage of words “God”, “Allah” and “atheist” in headlines” (9). Even more, after this law was enacted, editors were forced to amend titles of already published articles in their archives. Finally, national television channel journalists were recommended not to show in the cadre religious symbols or signs.

Prior to 2012 protests, Internet space had been relatively free from the Kremlin’s control. Tanya Lokshina described pre-2012 internet in Russia as “the cyber inheritor of the household kitchen, which was the only (relatively) safe place for debate in the Soviet era (10)”. Since 2012, the internet has become a pivotal element of the Kremlin’s media control.

On this ground, the so-called “bloggers law” was adopted by the Russian State Duma in August 2014. This law required that sites and online writers, whose blogs attract more than 3,000 visitors a day to register with Roskomnadzor and to disclose sensitive personal information, rather than remain anonymous under a nom de plume (11). The site owners and bloggers are obliged to publish their personal data, names and email address on their webpage. Additionally, Roskomnadzor has the legal right to demand personal information from bloggers and site owners, if necessary. Not surprisingly, this law is used for selective terror, to prosecute the critics of Putin and it has never been enforced comprehensively.

This law was adopted in 2012, which requires that NGOs and Russian media organizations must inform Roskomnadzor about foreign funding, including funding from foreign states, international organizations and Russian NGOs that were considered “foreign agents” (12). If NGOs or media outlets declare about delivering foreign funds, state automatically registers them in the list of “foreign agents,” designed and published on the Russian Ministry of Justice website. NGOs also have a privilege to register as “foreign agent” voluntarily, but only few of them have registered so far, fearing that it can allow the state to impose penalties in the future. Thus, foreign funded organizations in Russia have two options only – to turn down foreign subsidies that in most cases, may cause vanishing of particular organizations or alternatively, they must inform the authorities and label themselves as “foreign agents”. As of February 2015, 13 organizations have taken the decision to shut down rather than stigmatize themselves as the foreign agents and, the Ministry of Justice listed more than 100 organizations on its register of foreign agents, including four that registered voluntarily (13). Similar to previously discussed regulations, this law has apparently discretionary nature as well.

Since 2012, self-censorship has become even bigger concern than before, as the Kremlin’s interference is more heavy-handed today. The Draconian laws have forced journalists to comply with rules of loyal reporting. Despite a plethora of negative assessment of these laws by International Human Rights organizations, the Kremlin continues to adopt new detrimental provisions that disallow journalists to breach the tacit limits. It is getting harder for opposition media to exist in Russia, since they face the daunting pressure from the state. As a result, political news in Russia are created and filtered by the state.

Givi Gigitashvili holds a BA degree in International Relations from Tbilisi State University and is currently enrolled in MA Programme in the EU-Russia studies at the University of Tartu, Estonia. The areas of his expertise comprise international politics, Russian foreign policy, the EU-Russia relations and Eastern Partnership.

(5) Stuttaford. A. 2015. The corner, the one and only. Information war and other deceptions. National review.  Available at: http://www.nationalreview.com/corner/416822/information-war-and-other-deceptions-andrew-stuttaford Accessed: 18.03.2016.

(11) Kramer M. 2014. The Clampdown on internet activities in Russia and the implications for Western policy. PONARS Eurasia. September 2014. Available at: http://www.ponarseurasia.org/sites/default/files/policy-memos-pdf/Pepm350_Kramer_Sept2014.pdf Accessed: 12.03.2016