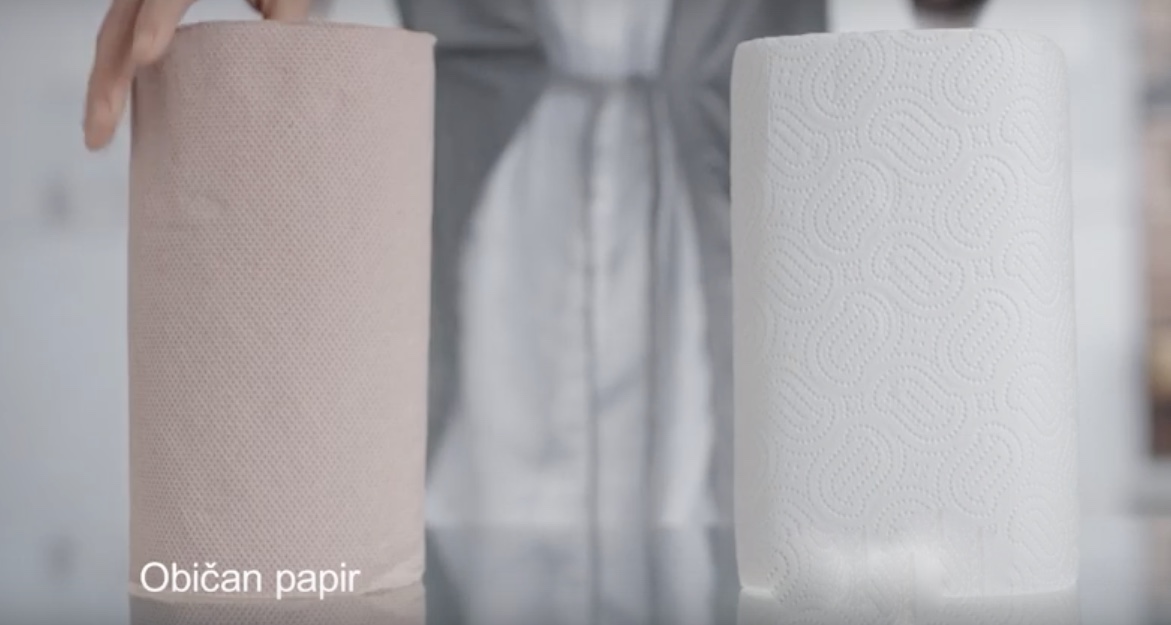 On which level are recycling policies in Serbia and has there been any progress in the past few years? These questions are very nicely presented by a commercial for toilet paper. While a family is walking and shopping in a big supermarket, a girl brings some toilet paper she likes and which is, surprisingly, pink (note the stereotypisation of the colours). Immediately, the know-it-all father appears on the scene, and explains that this toilet paper is not actually pink, but painted pink by some evil men so they could conceal the fact it was made of recycled paper. After a few seconds of observation, the father remarks how recycled paper is gross and concludes that white toilet paper is the only kind made of pure cellulose.

This advertisement, apart from presenting false information, has a totally anti-emancipatory character. It is true that many types of recycled toilet paper are painted and that it is hard to make it totally white, but it is the colour itself that is the core problem here. Colourants used in the painting process may lead to various health problems, but the paper itself is totally safe to use and does much less harm to the environment than new toilet paper made of pure cellulose. It is a lie that shiny white paper can only be made of freshly cut trees, with technological progress and sufficient amounts of bleach all shit can attain the whiteness of snow.

Another problematic thing about this commercial is that it clearly stands for anti-recycling and presents recycling as something bad and dirty. Serbia is already at the bottom of the scale of European countries when it comes to the percentage of recycled waste. Right now, only 6% of waste is being recycled, and only in certain parts of the country. Paper recycling centres, whose numbers are far from sufficient, are attacked by this commercial.

It is clear that at a first glance this commercial is just following the trodden path of the Serbian state’s recycling policies. It is also clear that the state has no long-term sustainable waste management policy. 97 % of all waste ends up in landfills (a large part of this ends up on illegal dumps). Previously, there have been attempts to create an illusion that something is being done in the field of waste management and recycling with actions such as “Let’s clean Serbia!” It was a huge failure as it was only executed once a year and aimed at influencing the symptoms of the problem. Projects for recycling islands and the  sorting of waste in individual households have also failed. Locations of recycling islands were too distant and very rare, especially in the suburbs, while the individual waste sorting process was inefficient and too complex for everyday use. Those who had been trying, in spite of all these challenges, were confounded at the end, when the same truck came to collect and intermingle all of the previously sorted materials.

While in some countries waste is seen as an important resource that can be used for the recycling of useful materials and the production of energy, in Serbia it is seen as an extra cost that should be avoided. The difference between western European countries and Serbia is expressed in the number of employees in the recycling industry, which is greater in the former than in the latter. Here, the authorities even persistently prevent Roma people from collecting materials, even though they are the greatest recyclers and collectors of secondary raw materials. This is usually done by forced evictions from the city centre, which also means displacing them from their place of work, given that the majority of secondary raw materials is located in the city centre. Another method is the use of new underground containers, which are designed in a way that ensures that no one can reach them to pull out some useful materials. Since they are treated as non-existent, nobody speaks about the health and social welfare of the Roma people.

While the European Union has set high demands in terms of ecological and environmental protection, evidenced by Chapter 27 of the Association Agreement, Serbia falls far short of them, with the state of ecology sinking to its lowest mark. In order to achieve any improvements in this respect, it is necessary to change the governmental policies. We need to realise that investments in environmental protection are not an expense but rather an investment in the future. Not just because of the accession to the European Union, but for ourselves and our health.

In some future commercial it would be good to show a father explaining to his daughter how many trees and other plants and animals were killed for the sake of getting clean white toilet paper and whether it was worth not-recycling.

We thank Green Forum, the blog in which the article was originally published. 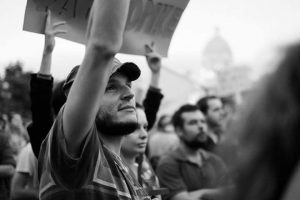 Predrag is a political activist, researcher and journalist from Belgrade. He is also a former FYEG EC member and a former secretary general of Serbian Green Youth.