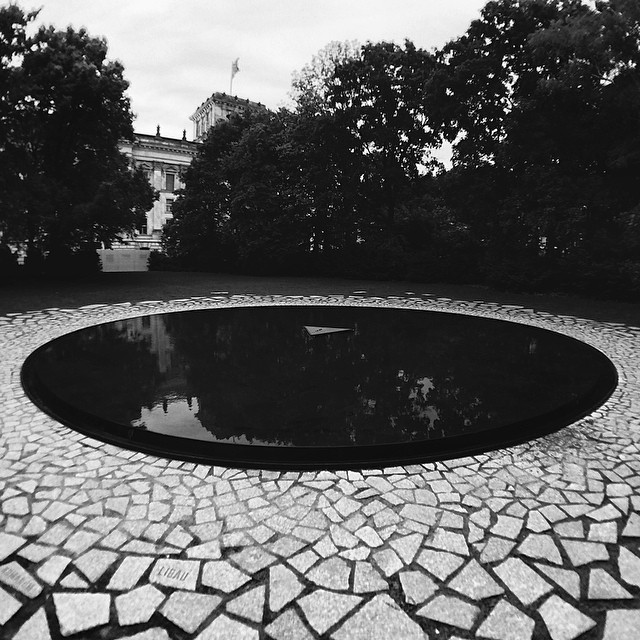 70 years after the liberation of Auschwitz, Germany is far from having an open and tolerant society: many people want to leave the country’s dark history behind, right-wing movements are on the verge of entering the German Parliament (1), and the head of the Rhineland-Palatinate CDU (a regional branch of Merkel’s conservative party) has attracted attention by stating (2) that the Hitler salute – prohibited in Germany (3) – is covered by freedom of speech. Especially in times like these, we need to remind ourselves of what kinds of appalling crimes have been committed in the name of our country. We should also remind ourselves of what we have accomplished in accounting for the past, in taking responsibility for those deeds and what still needs to be achieved. Because there is still a lot to talk about.

What’s the current state in Germany?

Over half a century after Soviet troops liberated the concentration camp, we find very divided views within German society on how to deal with our national history and responsibility. A recent survey (4) raised alarming figures stating that 81% of Germans would like to leave the history of Jewish persecution behind, and 58% even call for a closure of the debate (5). I view this development with great concern. Drawing a line under the past, encouraging the German people to forget their history to live in the here and now, must not and cannot be an acceptable solution. We should consider ourselves privileged to live in a world where holocaust survivors are still alive to tell their tales. Where those who experienced these events so “deviant in scale that one simply cannot forget,” (6) are still around to remind us of the fact that the cruelty of mankind seems to know no boundaries.

The result of this survey may come as a surprise to some. Over the years, the former Green Foreign Minister Joschka Fischer’s quote “Nie wieder Auschwitz, nie wieder Krieg,” (Auschwitz never again, War never again) (7) as well as the reminder that Auschwitz must never happen again have been incorporated into what one could call a German civil-religious conscience.

It is almost impossible for me, my friends or people of our generation to understand how those numbers are so high. Having traveled far and often, I think I can say that few states come to terms with their past to the extent that the German society does. At least I had been under that impression for the past few years. I can recall several occasions where I explained how normal it is for us to talk about the Third Reich, and that we tackle this part of our history in basically every school subject – yes, even PE, music and maths). Yet this might have been but a recent trend in school curricula. From what my parents have told me of their time in school, the analysis of that part of German history fell somewhat short of what young people learn today. It strikes me that this might be a generational problem, as the survey above indicates. It might have developed only after the reunification of Germany. Be as it may, both parts of Germany, West and East, and all generations still have a long way to go to cope with the current disinterest in the topic.

It’s not too often that I agree with our President. However, Joachim Gauck phrased it quite precisely in this Monday’s special parliamentary session: “There is no German identity without Auschwitz.” (8) He does not mean to say that no “German identity” (whatever that is) existed before Auschwitz. Rather, he means to emphasize that remembering the Holocaust and maintaining a tradition of commemoration is crucial to our self-identification. This is of particular importance as there are only a few living witnesses left who can teach us about what they have experienced and suffered through. We need to make sure that their legacy will be passed on. We need to make sure that we listen to them carefully.

What does the future hold?

In light of increasing racist tendencies such as islamophobia and antisemitism, to name only two, we must find ways to engage people of all ages. We need to strive for a dialogue of remembering the atrocities, finding ways to communicate to young people on how they need to pass on this knowledge. This is a task we need to tackle across Europe, but in Germany especially.

It is also important – and this is where we still have a way to go – to remember not only Jews but all other people who have been prosecuted, jailed, or killed. In Berlin, we finally have separate memorials for other minorities; those for homosexuals and for Sinti and Roma, for example, are situated very dominantly in the city centre. But this is obviously not enough. For instance, many demand recognition and compensation for soldiers of the Red Army that were imprisoned and tortured by Germans when they tried to move on Auschwitz. This would constitute a milestone in relief for the families of the victims. Furthermore, a lot of art looted and stolen by the Nazis needs to be returned in order to restore the cultural heritage of our neighbours. These are just a few things with which one could start.

We need a more dynamic exchange with elderly people who can tell us about their experiences. We need a more constant exchange with young people from Israel to build up a mutual understanding and to overcome the prejudices we have towards each other. We need a more transparent exchange of knowledge between public institutions, historians and administrators, to disclose the crimes of our past that are still concealed. And finally, we need a more inclusive exchange with everyone – throughout the world, and in Europe in particular – to make sure that such atrocities of mass ethnic cleansing do not occur again, and to put an end to those that are currently taking place. We as Greens should be at the very forefront of this battle for equality, dialogue and reconciliation.

2. Julia Klöckner: „Of course I do not like anyone who has a picture taken with the Hitler salute […]. However, the right to freedom of speech is fundamental to our constitution“.
http://www.pfaelzischer-merkur.de/region/landespolitik/Landespolitik-Agenturen-Gesellschaft-und-Bevoelkerungsgruppen-Glaube-Interviews-Islamkritik-Mainz-Meinungsfreiheit-Politikerinnen-Versammlungsfreiheit-Vorratsdatenspeicherung;art27452,5601787

3. Paragraph 86a (2) of the German Criminal Code prohibits the salute or other forms of greeting from unconstitutional organisations.

5. Whereas in Israel, only 22% call for a closure. However, those numbers have been constant during the last twenty years, which does not make it better.

7. The term „Never again“ was used very soon after 1945 and ever since. Fischer’s quote is nowadays mentioned in the same breath when talking about this topic. However, this quote is somewhat controversial. Fischer used it to justify the German participation in the Kosovo conflict. This quote is often cited out of context and in pure connection to the memorials. Due to this popularity, he has probably attracted the most attention in regards to saying „Never Again“ and hence he is frequently cited when dealing with German memorial processes and German history.