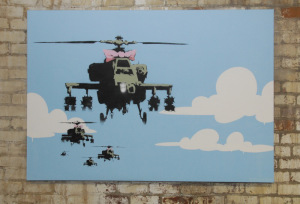 Seeing children dying at the horn of Africa makes us feel guilty, seeing the piles of dead bodies in the streets of Kigali, the capital city of Rwanda as well makes us feel that we just bluntly have to do something against it. That we have the moral obligation to act and prevent this horror and injustice from happening. As Peter Singer, the philosopher of the New York Times puts it: We know ‘‘that suffering and death from lack of food, shelter, and medical care are bad“ and ‘‘if it is in our power to prevent something bad from happening, without thereby sacrificing anything of comparable moral importance, we morally ought to do it.“ – A very principled approach and in the context of Responsibility to Protect it appeals to the consciousness of the able powers to intervene.

However that approach lacks a significant and important dimension for understanding every social phenomenon: the notion of power. The approach neglects that actions do not happen in a powerless space without context and pretty often, there is much more involved in humanitarian intervention than just noble motives.

Just looking at the powers who really participated in Humanitarian Interventions gives us an impression of who the most powerful countries in the world are. In Somalia 1992, the United States lead a group of countries in the first proper humanitarian intervention that miserably failed. In Kosovo, it was again a force led by the United States that intervened in a conflict. In Iraq, where one argument was that Saddam Hussein killed his people and therefore they needed to be protected by the international community, it was the U.S that started the intervention. In Libya it was the U.S that contributed most to the international intervention.

This is not to say that no other countries have been involved in the interventions, however it shows the world power structures very clearly. Nobody could intervene in a Western country using the Responsibility to Protect as a justification, whereas weak countries face the threat of their own sovereignty being undermined by the concept of R2P.

Some would argue, that the international community is pursuing the righteous way. When looking at the first instance of the application of R2P in Somalia 1992, it is difficult to construct a vital geopolitical interest at that terrain for the Untied States. Moreover, the long lasting crisis of the political system in Somalia and the existing food crisis urged the U.S to intervene. However the U.S. also followed a policy of becoming the international policeman. Shortly after the collapse of the communist block, and keeping in mind that also Somalia was a communist country, the intervention was a claim for position of the global hegemon by the U.S. However, they did not really understand the internal power-dynamics of Somalia and thus were surprised when they found themselves battling against the Somalian people.

The second time humanitarian reasons were brought forward for legitimizing military intervention was in Kosovo. Here as well, it was not only genuine reasons leading to intervention and the same logic of global hegemony by the U.S. can be applied. Yugoslavia was in the sphere of Russia, that is also why Russia vetoed the NATO-intervention in the United Nations.

Skipping the example of Kosovo, where the NATO-intervention can be seen as a widening of the influence against Russia, the war on Iraq clearly shows how political interests underlay the discourse of a humanitarian mission. The Persian Gulf with its huge oil resources is vital for the Western world to survive and since Iraq was not committed to cooperate with the West it was ousted, as an act of simple geopolitical interest.

Concerning Libya, the case pushed forward in the Security Council was that of “we do not want another Rwandan genocide”. Thus it was the obligation of the UN-Declaration to “protect” the Libyan people. What really happened was the overthrow of Gaddafi. Why was that the case: Geo-strategically, the U.S dominates the Middle East because of its oil. The U.S was the biggest sponsor of Mubarak in Egypt, financing its huge military apparatus. With the Arab spring in Tunisia, Libya and Egypt – all neighbours – a successful revolution with no Western influence could have created a powerful block in Northern Africa, that would have the capacity of changing the power structures in the Arab world. With the intervention and the control of Libya being a divider between Tunisia and Egypt, the old game of divide and rule can continue.

The arguments presented so far have only been looking at the geo-strategic dimension of the conflicts. Saying so, it is not my intention to disregard other causes and contingencies of the events. However, I want to make the case that there is an intervention, only when it is in the geo-strategic interests of the global hegemon, and it is not so much about human rights. But still if the hegemon has geopolitical interests and is likely to intervene, it can lead to the immediate rescue of lives.

Now is that a good or a bad thing? It depends on the way sovereignty and freedom is viewed. Having a global hegemony might account for stability. On the other hand hegemony is not only defined in military terms, but also capitalist economic interests follow. For example Iraq had to completely subscribe to free trade ideology after the war. The perpetuation of a global capitalist domination is sometimes as deadly as some dictatorships. On the other hand, sacrificing human lives for the sake of not supporting the hegemony is cynical.

The current international institutions do not provide mechanisms that could facilitate sound application of R2P. First, the deciding body, the Security Council is anachronistic, not even having a permanent member from Africa – the continent which witnesses the majority of international interventions. Second, there is no global impartial military structure that could conduct a legitimate and neutral intervention. NATO, which carried out most of the interventions, is the military apparatus of the hegemonic powers. Third, within the UN and other institutions, there is no sufficient expertise for the countries of possible intervention, making the assessment for justifiable interventions almost impossible.

Thus, there is a need for changing the global security structure, reflecting these major issues. First, the UN needs to be updated integrating all continents in the decision-making process. Second, the UN should complete its mandate from Article 45 of the Charter of the UN to establish its own military force, which would be freer from national interests. This force only should be allowed to intervene on the grounds of R2P. Third, there needs to be a special UN Organisation only focusing on the Responsibility to Prevent. It should consist of local expertise and gather data from conflict prone countries attempting to prevent conflicts through mediation and other peaceful means.

This post can also be found on the writer’s personal blog along with other pieces of his writing.