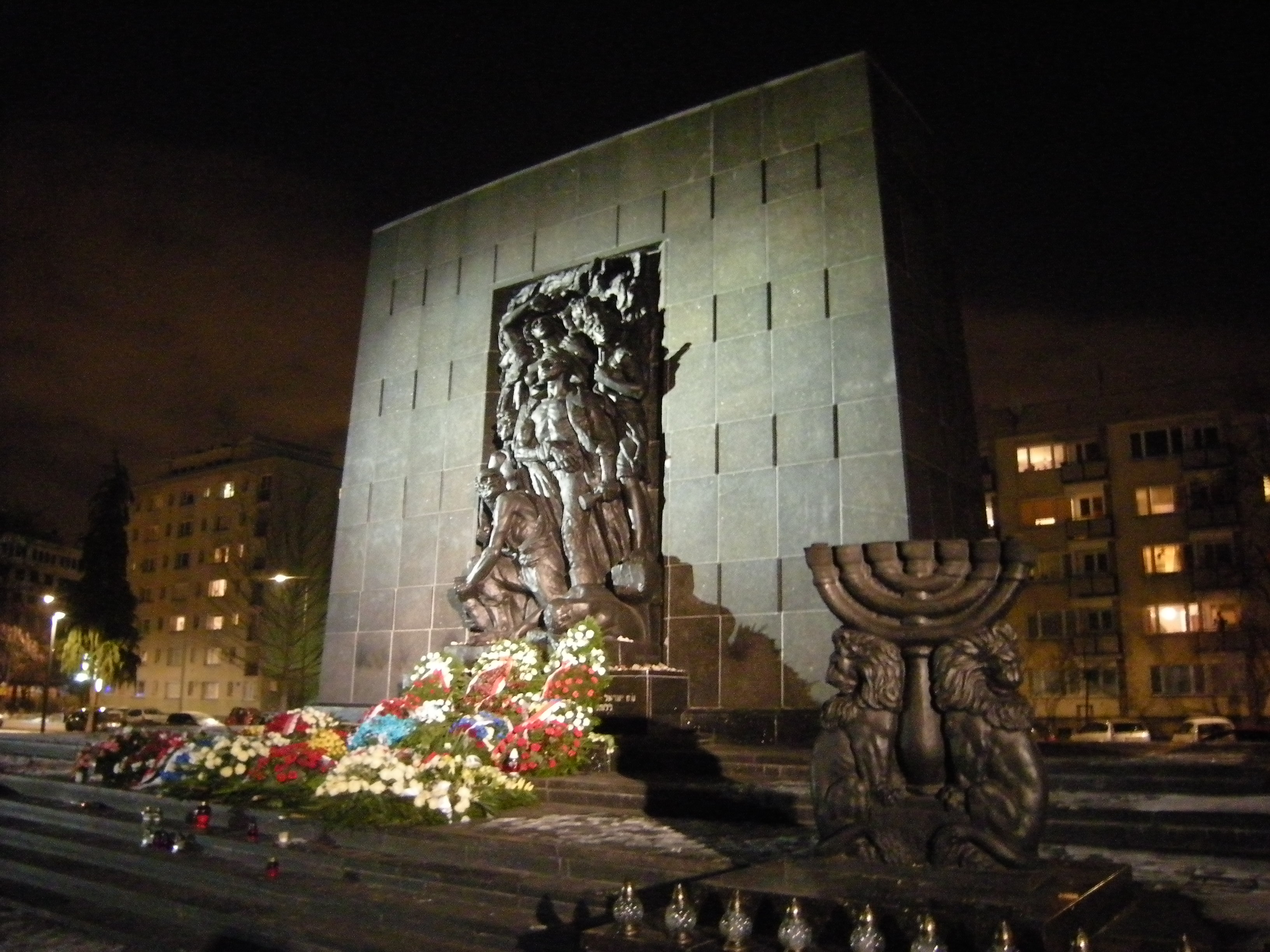 There are hardly any Jews left in Poland nowadays, but the common past bounded us for good. The most painful and terrible event in that past – the Holocaust, dominates our relations. Around one hundred thousand Jews visit Poland every year to visit concentration camps and memorials commemorating the death and destruction.

For the Polish people the dramatic history is still around in many ways. Nazi concentration camps are museums now and are a standard destination for school trips. Polish filmmakers and book authors are finally trying to deal with difficult Polish-Jewish relations. We often find out about the heroes who helped out the Jewish survivors, but at least as often we hear about the injustice and crimes perpetuated by the Poles. One of the most popular series in Polish TV these days, Days of Honour/Czas honoru, is dealing with the reality in Poland during WW2 and pays a lot of attention to the fate of Jews in the ghetto.

I myself feel the dramatic Jewish history around me quite intensively. I live in the area which used to be Jewish ghetto in occupied Warsaw. The neighbourhood is half a meter higher than other parts of the city, because after the WW2 it was built from the scratch on the ruins of the ghetto. My street was named after Anielewicz, a leader of the ghetto uprising, who committed suicide after being cut off by the ghetto elimination squad. In the park 200 meters away from my block, there is a monument of the Jewish Ghetto uprising where German Chancellor Willy Brandt kneeled in 1970. On my way to my local shop I pass the place (Umschlagplatz) from where thousands Jews were transported to Treblinka concentration camp. I hear that thousands of Jews come to visit this area, nonetheless I haven’t met any Jew in my life.

Recently a new element appeared in my landscape. A new museum, one that is different than others. POLIN is a Museum of the Polish Jews. It tells the story from the beginning, from the moment when Jews came to the place called Poland nowadays. No other museum tried to tell that story before. During my first visit I realised I cannot comprehend that heritage in such a short time. It demands and deserves a lot of time and attention, but the effort is certainly worth it. It shows not only the history, but also the culture which is the key to understanding each other. Its mission is also special:

“Above all the POLIN museum is a meeting place for people who want to learn more about the past and modern Jewish culture, who want to challenge the stereotypes and limit the phenomena, which threaten the modern world such as xenophobia and nationalist prejudice. Taking this context into consideration, the museum is a place for all, emanating with ideas of openness, tolerance and truth.”

However horrid the history, we have to live on and try to build good relations with each other. Remembering only the war and the Holocaust, however necessary, is not enough. Jews lived on Polish territories for centuries before Nazi occupation and we also should think about Polish-Jewish coexistence in the future. If we don’t know each other, if we don’t speak to each other, there is a risk that fear and intolerance will appear. The POLIN museum is a good start. Apart for the exhibitions, there are workshops, meeting for teachers and nationwide educational project. It is in the best interest of the Polish and Jewish people to make efforts to establish good contacts.