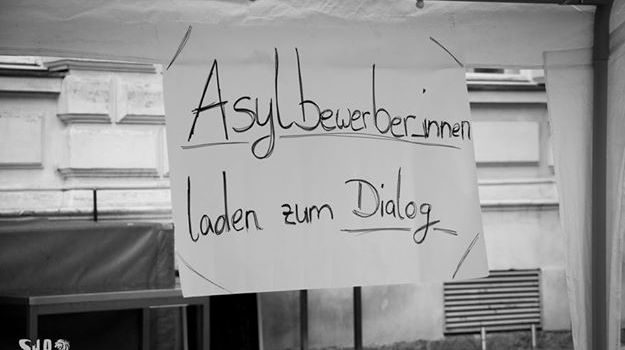 Austrian law dictates that the country’s federal asylum agency has six months to finalize an asylum application. But in the alpine province of Tyrol, the operation remains idle and refugees are desperately waiting for any result that will determine their future. This has made them create the “Freedomseekers” and go public by hosting a forum in Innsbruck. 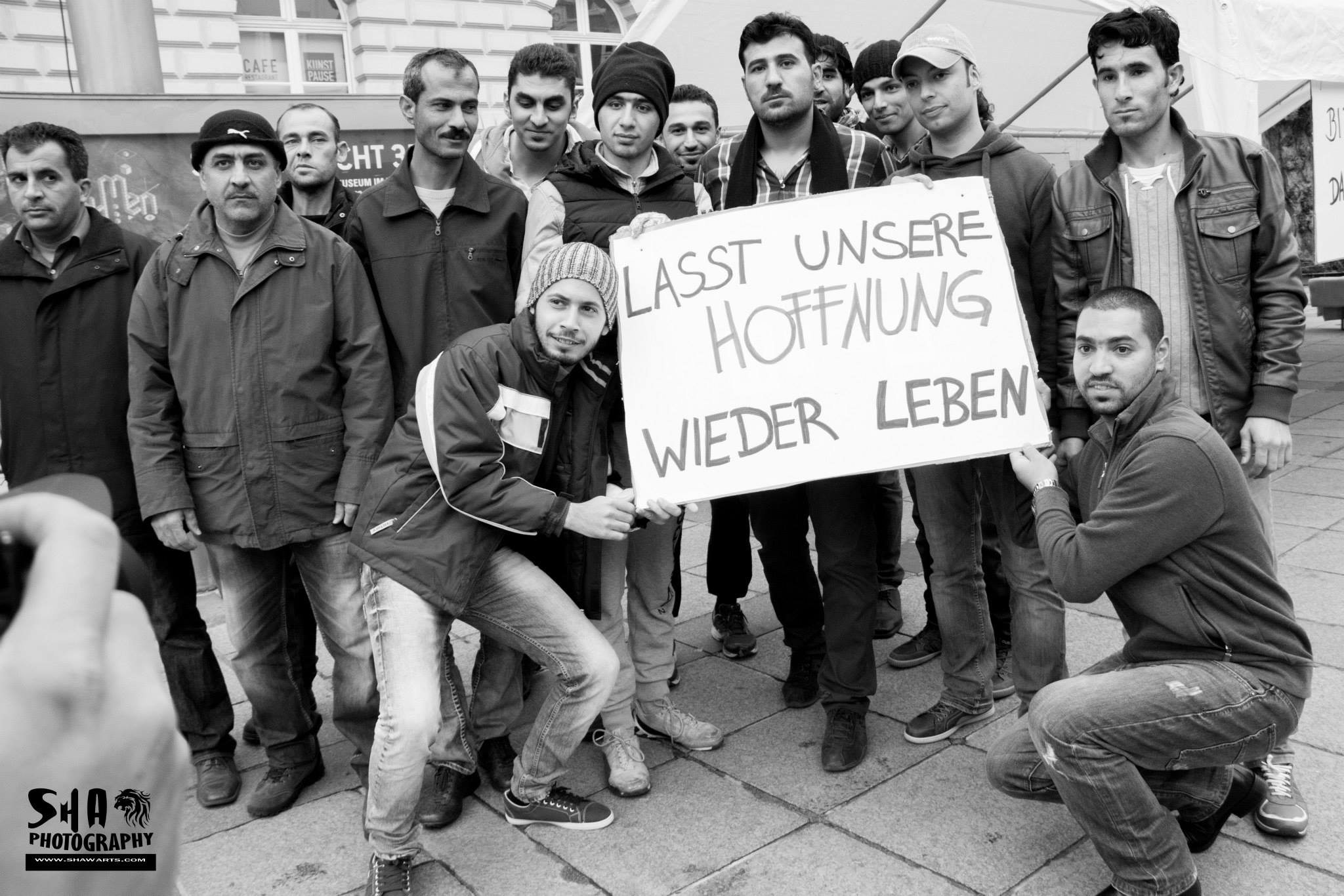 A dialogue with a Freedom Seeker

Yamen Abdul is a Syrian artist who has been living in Austria for four months. He feels fortunate to be living in a country with friendly and smiling people he meets every day. But he, as well as other refugees, is currently undergoing some predicaments regarding the asylum process.

That’s why he gathered some of his fellow seekers to create the “Freedomseekers”, a union of refugees aimed at promoting their cause of initiating a dialogue with the social majority and to raise awareness of Austria’s weak asylum policies. By peacefully demonstrating their concerns via a forum, they hope to deliver their voices as an appeal not just to the Austrian government but also to a European community marred by right-wing populist disinformation. Civil societies, political organizations and individuals alike have all shown their collective support.

Though Yamen thanks the government for all their help and effort to help them live, he still feels that he needs to protest his concerns that the asylum process needs to be fast-tracked.

“We also have responsibilities like protecting our families. We came by ourselves in this country with full hope. We had dreams that people would help us here.”

The Freedomseekers’ forum plans to answer the most pressing questions of concern, namely what their reasons to flee were, what their stories are, how they are living now, how they want to live, and how society is connected to them.

Yamen answered these with his conception of fulfilling the most important duty in life, which is to look for better, safer and more peaceful places for our families. He then shared something about the situation in Syria:

“It’s hell. You can’t imagine the sounds (of the conflict) every day. You feel unguarded each and every moment; you’re scared and you pray that you you’ll survive until tomorrow. The conflict is a tragedy; people cutting off heads of others and then playing football with them, kids dying every day for no reason. All of us are sad and angry. This is why we left, we couldn’t live with it anymore. Future generations (of Syrians) are currently in danger and children are suffering the most.”

When asked what his response was against those who criticize his cause, he humbly smiled and said:

“At the end of the day, you’ll try your best to convince other people of your vision. For me, I just want everyone to live safely and peacefully.”

The virtues and flaws of humanity

Yamen is a cosmopolite, having friends with different backgrounds all over the world. He affirmed that nationalism was never a concept that he adhered to.

“We are all human beings. I’ve never judged someone just because this person is from here or that that person is from there. I value people based on their humanity.”

When asked what his most significant childhood memory in Syria was, his response revealed one of humanity’s genuine virtues:

“In Syria, we valued hospitality. You could say that it was the land of giving. No one in Syria would sleep hungry. Even someone from the outside would feel welcome. In fact, we welcomed everyone and smiled at their faces. My country was once very peaceful despite of our cultural diversity, with different religions, ethnic groups and so on. We still managed to live together. And as a Syrian child, I felt happy and safe.”

But then he revealed that things eventually went wrong and turned to worse, which demonstrated the abhorrence and very flaw of humanity:

“We realized that we were actually being oppressed. We wanted freedom; freedom to express ourselves and freedom to demand a more democratic society. I love my homeland, but it shouldn’t be one person ruling us. We needed change. Syria needed to be a collective society where people were heard. Sadly, bad things turned to worse and our hope slowly vanished.”

Yamen still managed to share something significant about his journey to Europe and the most indelible part of his refuge: encountering death. His first-hand experiences of seeing people dying, people he didn’t even know, gave him the captivating notion that when he himself would die, no one would care. And this was the grippingly tragic setting where the loss of human life and dignity wasn’t highly regarded.

According to the UN, there are over 200 million migrants worldwide and over 50 million forcibly-displaced people. Seeking refuge is never a voluntary act. The freedom of movement and the right of asylum is a human right guaranteed by international law. And ensuring human rights is our collective responsibility as a planetary society.

We’ve conquered the world around us, but have ignored the world within us; these moral boundaries that are inscribed in our way of thinking have stalled our spiritual progress as a species. It’s time to abolish them.

When asked if the human race can progress by letting go of our hate with each other, Yamen unhesitatingly said yes.

“Good spirit comes from inside and it will change everything in the world, even one smile can change lives.”

People like Yamen Abdul, despite their sufferings, still haven’t lost faith in a hate-filled world and are still determined to help make change. These are one of the aspects of every human being that truly inspires future generations and what makes people genuine heroes.

They feel that they have a duty to connect to the community, to be active and be in contact with the social majority and tell them their stories; stories of the hardships and sufferings they had to endure just to follow their dreams; dreams to which every human being is entitled to have; dreams to live a safe and prosperous life.