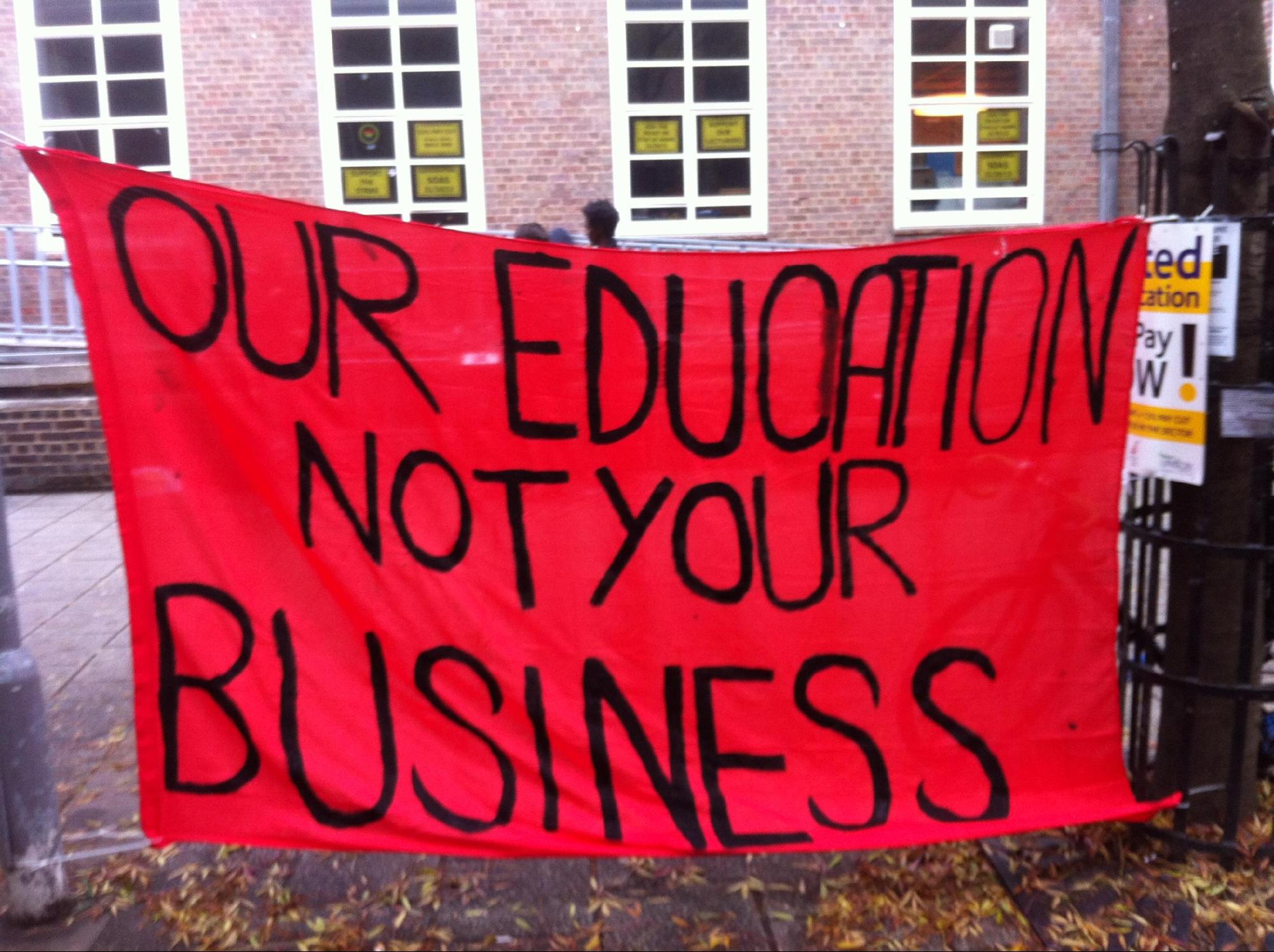 October ended with icing on the pumpkin: a general, nation-wide strike in the higher education sector across the UK. There was a unified call for strike action by the three major trade unions in the industry (UCU, Unite and Unison), which was in itself a strong signal of discontent. The move received support from students too, albeit to varying degrees at different universities.

For example: at liberal UCL (University College London) lessons were still happening during the day, and only the Marxist society was out in force at the picket lines. Two hundred meters away, at the emblematic School of Oriental and African Studies, the great wooden doors were closed, lecturers were giving speeches outside (or were they lecturing?), the students were there, the drums and the rowdiness too. And, of course, as everyday, the Hari Krishna group was there distributing free, hot vegan meals to any and all.

What of this strike then?

It was the first in Higher Education since the 2008 crisis. Over the past five years lecturers across the country (as well as other closely linked education workers, such as librarians) have seen their real income fall by 13%. Meanwhile, the managerial bosses of these, for all intents and purposes, private institutions has been helping itself to larger and larger slices of the estimated £1 billion surplus in the industry.

Would you like some more? Well, gender pay disparity remains at a whooping 12% for the same job; the administration’s sugar-coating of its below-inflation net pay increase are pledges to keep working on these issues; and there is the planned introduction of the American-style academic tenure system:“Will you tie yourself to us as an academic for life? Yes? Great! Here’s a lovely paycheck. No? Oh, we might have to look at your salary again, and that of Teaching Assistants…”

Even though there wasn’t much more to the strike than the call for ‘Fair Pay Now!’ (which we did shot and bang away with at the foot of UCL’s Provost’s office), the strike action was sufficiently well followed across the country to send ripples through the governing boards and other deciders. Indeed, where is the money we’re having to pay going to? Not to our books, our photocopies, our lectures nor our librarians! There needs to be many more demonstrations down in the streets, to the rhythm of whistles and drums, if we want to get some fairness, some humanity into this system.

I’ll leave you with a Halloween-like chant :