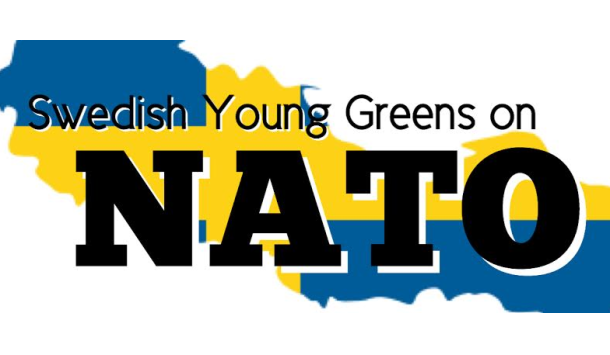 While many members of the EU are also members of NATO, it is important to remember those that aren’t. Included in that NATO-free group is Sweden. While the conversation about NATO is certainly different in these countries, it is certainly important to look at so. So how exactly do our peace-loving Scandinavians friends to the north look at NATO?

These questions were answered by Anna Tranberg, on behalf of the Swedish Young Greens.

Do the Swedish Young Greens have an official position on NATO? If so, what is it?

The Swedish Young Greens have the same position as the mother party, Miljöpartiet, which is that Sweden should not become members of NATO. We believe that Sweden should remain free of military alliances to promote world peace, a NATO membership would not work in favour of this agenda.

The Swedish Green Party was born out of the environmental, feminist and pacifist movement. Being opposed to NATO is thus a continuation of our pacifist values.

How do you deal with this perspective given Swedish history?

Sweden has not been to war for over 200 years and it has remained “neutral” through two world wars. Sweden has for several years collaborated with NATO for example during operations in Afghanistan and Libya, which goes in line with our historical standpoint in security policy issues. The majority of the Swedish people are against further collaboration and membership, which considering our standpoint we are happy with.

We are happy that Sweden has remained free of alliances and outside NATO. However we also want to stop renting out land to NATO and other foreign military for war simulations and the like.

In what ways do you think that the Greens have/will affected the debate on NATO in Sweden?

The debate regarding NATO in Sweden comes and goes in cycles, normally with world events such as the crisis in Ukraine or the recent potential spotting of a Russian submarine on Swedish territory. It is widely known that the Greens are against NATO and perhaps now when we are in government together with the Social Democrats we will have more influence in the debate.

Has the Swedish perspective on NATO have changed in the past couple of years?

Not really, the majority of people are still opposed to joining NATO. Normally the more right wing parties are more in favour of joining NATO while the left wing parties and the Greens want to remain outside of the alliance. These positions have not changed.

The annexation of Crimea has made more people adverse towards joining the alliance; the opposition towards NATO within Sweden has not been this strong since 1995. At the same time the recent events in Ukraine have re-energised the debate regarding Swedish security policy. Many people are worried because of the extensive cuts seen in the Swedish defence in the last decades.