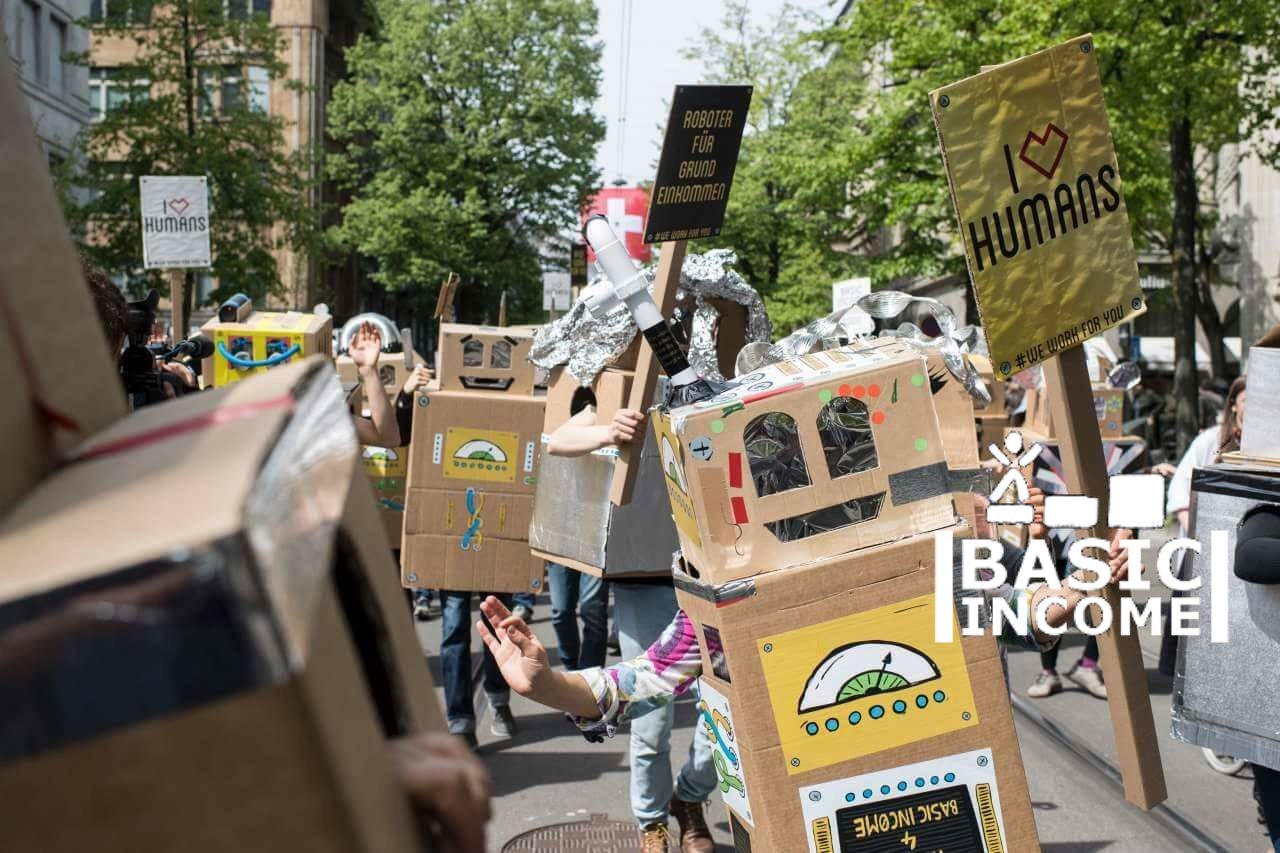 Fighting the inequality between women and men, allowing young people from disadvantaged families to study, a boost of creativity and jobs – what sounds like a dream nearly became reality in Switzerland. In June the small country in the heart of Europe had a national vote about Basic Income.  It all started out with some intellectuals having a crazy idea and now the debate around Basic Income has changed many minds in and around Switzerland. While first not even optimistic persons thought that this campaign could have a great influence, in the end nearly 25% of the voters expressed their desire to change our economic system and voted yes.

The idea of Basic Income is to take care of everyone’s income in Switzerland by paying about 2500 Francs per Person (+/- 2300 EUR) and 625 (+/- 576 EUR) per child.  Within the background that every person will be able to have a humanely and liveable life, a Basic Income should take away fear of existence. Moreover Basic Income promotes citizens taking part in cultural, political and even economical events.

Since Switzerland only votes about constitutional changes, the initiative did not contain a concrete financing plan. However since nearly every Swiss citizen already receives an income which is higher than 2500 Francs, the basic income would be funded very easily. The Basic Income would not have been an additional income like opponents say, however it takes over the today`s social assurances and incomes. For disabled persons and people in need, social insurances would still exist. But for the majority of Swiss citizens there would be no additional money we needed to spend, but a transformation from the well-known income to a basic income. The employer would move 2500 Francs per employer into a public institution, where it will be paid-off as a basic income to the population. In the end the basic income would cost 25 Billion Francs, which is about the amount of money which Switzerland loses every year by tax evasion.

The emancipation of oneself from economic enforcement by a basic income would develop our society further. If you don’t have to worry about your basic needs, you are able to contribute yourself to society the way it fits best for you. A basic income is a stable revenue for people who work for free. Half of the work done in Switzerland is unpaid. Such as looking after grandchildren, taking care of grandparents, being coach for a junior sports team or being engaged as a political activist. The basic income would compensate and motivate people to contribute more to society.

Another aspect concerns the fact that our work gets taken away from robots. Due to the rationalisation of more and more workflows, unemployment rate will be much higher in the future. The basic income is a change to exit the idea of neoliberalism and exponential growth to one which can work much more precisely and faster. Especially jobs like cashiers and other repetitive jobs might vanish within years.

Basic Income was never meant to be an outworked idea which could have been adapted to a nation like Switzerland right away. The idea was all about having a discussion about our current economic system and to start a real debate about the future of work and income. From a Feminist point of view, a basic income could contribute to the emancipation of women. While women often stay at home and are taking care of the household, with the basic income there would be no reason to favorize a man’s work just because he has a higher income.

Basic income was not seen as a left/right conflict. The Social Democratic party and the Young Socialists opposed strongly against this progressive idea. Especially the syndical part of the party was worrying that the right to work might be concerned by this idea. Marxists criticized that basic income would be nothing but a way to calm down the working class, while the exploitation of the working class continues. The  debate showed that the Greens and the Young Greens are the most progressive parties in Switzerland. They were the only supporters of the initiative and activists from the Young Greens participated in the campaign very actively.

The campaign of the Basic Income Commitee was something Switzerland has never seen. They flooded the national square with small coins, crowdfunded the biggest poster in the world and distributed 10 franc bills as the official flyer.

However, the Swiss people were not ready to vote yes to a basic income for Switzerland. Too many people, more exactly 76,9 percent were too sceptical for this new idea. People feared that others will quit working and get money for free. Still, there were many statistics which showed that only a few people actually would stop working if they had gotten a basic income. Anyway, we need to remember that 2500 Francs a month is not much money and it would only cover your most necessary things in life.

The campaigning in Switzerland and the influence which has even been seen in the USA shows how a basic income is nothing way too far away. Basic Income was talked about in many countries and it is possible to see how the group of the sympathizers is growing bigger and bigger.

The discussion about the basic income has just begun. Our generation seeks work which contains sense and contributes to our society. Switzerland and Europe were not ready on June 5th but they surely will be in the future.

By Judith Schmutz and Luzian Franzini, Co-Presidents Young Greens Switzerland. You can follow them on Twitter @judith_schmutz and @luzian_franzini 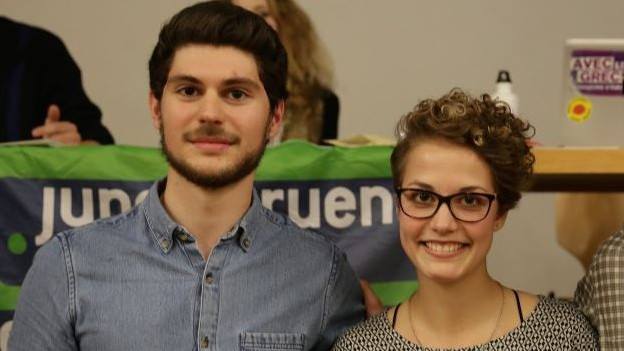