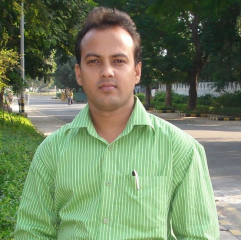 Two years before the 2015 deadline, Bangladesh has achieved most of the Millennium Development Goals (MDGs) set by the United Nations, but the impacts of climate change pose a threat to the country’s progress, experts say.

“The threat of climate change can diminish the hard-earned beneficial impacts of years of growth and development, not just for the people in impoverished settlements along coastal belts and river banks, but for the entire nation,” said Shamsul Alam, a member of Bangladesh’s Planning Commission. Bangladesh has recorded impressive feats in lifting people out of poverty, ensuring more girls and boys attend school, and providing access to clean water, Alam said.

Considerable progress has also been made in raising the number of children that survive beyond their fifth birthday, and the country has been recognised by the United Nations as on track to meet the goal of reducing child mortality by two thirds of its 1990 rate.

“There have been some improvements to address the country’s massive environmental challenges over the past decade as well,” Alam added.

But Ainun Nishat, an environmentalist and vice-chancellor of BRAC University in Dhaka, said the impacts of climate change were not considered when the MDG targets were set at the beginning of the century.

The issue came into focus after 2007 when a report by the Intergovernmental Panel on Climate Change warned that a sea-level rise of 1 metre would inundate nearly one fifth of Bangladesh’s coastal area and flood plain.

“The impacts of climate change will definitely hamper steps for achieving the MDGs (and) especially pose a threat to food security,” he said.

Apart from the risk of flooding, Nishat said climate change is causing variable rainfall. From 2007 to 2012 there was hardly any rain in Bangladesh’s northern districts. The recent experience in the capital is different, however. “This year a full day’s heavy downpour (occurred) in Dhaka, causing huge waterlogging,” Nishat said.

Climate change is also a factor in internal and external migration, with a negative impact on food security, nutrition and children’s education, areas where the MDGs are meant to bring improvements. It is also implicated in the spread of health-related problems like dengue fever. Meanwhile, the government is struggling to keep up with the infrastructure needs of expanding cities.

Arif Sheikh, a rickshaw puller who lives in Dhaka’s Korail slum, said poor people living in the shanties are deprived of many civic amenities. “Children here hardly go to school or get medical services, thus (they) sufferer from diseases.” Sheikh, who came to Dhaka from Barisal district in southern Bangladesh after losing his land to riverbank erosion, said finding work has become extremely competitive as the number of poor people moving to the city increases. “People from coastal districts are pouring into the capital … as they are losing lands and houses to the river,” he said.

Day labourer Rahim Mia, who lives in Dhaka’s Malibagh area, said migrating to the capital had not ensured even a modest living for him or his family. “Every morning, several hundred people gather here to be hired by contractors. But not necessarily everyone gets a job since the scope of work is limited compared to the number of jobseekers,” said the 35-year-old father of two young daughters and a son. “Riverbank erosion and salinity has driven us to the city, but the government (pays) no attention to us.”

Atiq Rahman, executive director of the Bangladesh Centre for Advanced Studies, a nongovernmental organisation working on sustainable development issues, agreed the effects of climate change have emerged as one of the main barriers to poverty reduction.

“Climate change is causing lower food production, and adding difficulties for ordinary people,” he said. Rahman said there is no doubt that global warming will undermine some of the Millennium Development Goals.

“Extreme events like cyclone, storms, floods and droughts continue to pose a threat to (their achievement),” he said.

Adaptation by poor nations will not work unless industrialised countries reduce their greenhouse gas emissions, he argued. “If sea-level rise is too high, no infrastructural protection will save the low-lying countries,” he said. BRAC University’s Nishat said Bangladesh’s leaders must act quickly to avert disaster. “We have to take steps so that the impacts of climate change can’t cause a food crisis, destroy the ecosystem and hinder the development process,” he said.

Syful Islam- journalist with the Financial Express newspaper in Bangladesh