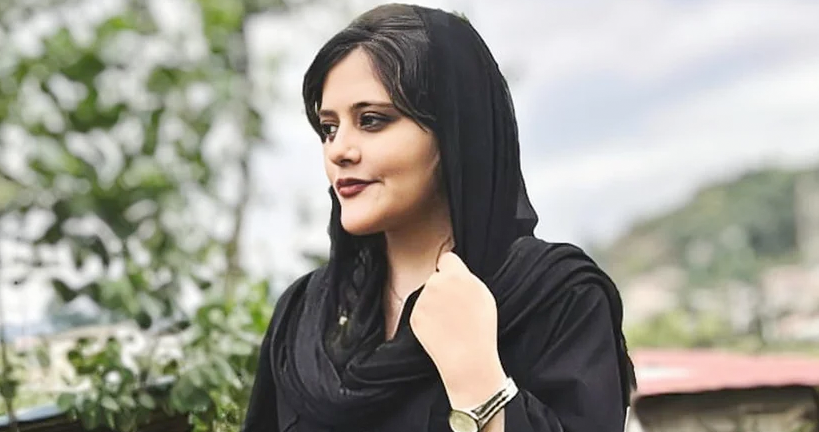 Mahsa Amini died on 16th September after succumbing to her injuries. She was arrested three days prior by the Iranian “morality police” for allegedly not wearing the hijab in accordance with “government standards”. She died while still in captivity. She was 22 years old.

Her unjust and tragic death has triggered a wave of protest in Iran which has echoed all around the globe. Hundreds of thousands have taken to the streets, with many women burning their hijabs and cutting off their hair in public and on record to show support for their peers in Iran. The women of Iran have been the most vocal and fervent in their protests, but also the most affected by and the most exposed to the dangers of outright revolution.

Just a few days after on September 20, 16-year-old Sarina Esmailzadeh died at a protest at the hands of the security forces. That same day, Nika Shahkarami, who was also 16, disappeared on her way to a protest for Mahsa Amini; she was missing for 10 days before her family found out she too had been killed by government forces.

Mahsa Amini was Kurdish-Iranian; her name in her native Kurdish was Jina or Zhina. Due to the country’s restrictive and intolerant laws towards that community, she seldom used it.

As the protests in Iran and beyond continue in full force, the focus is likely to turn to the hijab and the philosophy behind it, in countries like India, Canada, or France. There, the issue has been at the forefront of public debate for years, especially with the introduction of “hijab bans” in schools and other areas of public life.

It has long been a narrative of the West, and not just its conservative sides, to present the fight against the hijab (or, broadly, the perceived constraints of Islam) as a fight ‘for women’, equating head coverings to female oppression inherent to Islam.

When we talk about the hijab, contemporary media has made it almost inevitable to associate it with oppressive regimes and ideologies. The hijab, and almost any type of head covering, is intensely used in secular spheres, such as education and politics, as a tool to further conservative narratives, a tangible point of reference that can be used to show Muslim communities in an unfavourable, and often dangerous light.

As we have seen, it was indeed utilised as a means of repression and control in the case of Mahsa Amini, Sarina Esmailzadeh, and Nika Shahkarami.

We must, however, differentiate between what is an oppressive regime harming and destroying lives through violence, propaganda, and restriction, and what is the choice of any woman to wear what she wants, with no threat from any side. As Jennifer Hussein writes, hijabs “represent thousands of years of culture and tradition”. They carry weight, meaning, and importance for the people who choose to wear them.

The protests in Iran and worldwide are not about the hijab, but about freedom. Iran is one of two countries in the world where it is mandatory for women to wear a hijab, the other being Afghanistan. Like Afghanistan, the brutal regulation and implementation of this law in Iran goes beyond religion; it is about control and power, above all political.

In her seminal essay Can the Subaltern Speak?, Gayatri Spivak writes about the difficulty of presenting any one story (of marginalized voices) from a universal perspective (of powerful, white men). The story of women in Iran is not one we can tell for them, but one that we must listen to for as long as they have to tell it.