On Monday June 1, the next round of negotiations for a new, global climate treaty kicked off. 2009 in Copenhagen was the first attempt to build such a deal – arisen with large expectations, the Copenhagen Summit totally failed and the countries decided “to take note” of the piece of paper known as the “Copenhagen Accord”. The negotiations happen under the UNFCCC – the United Nations Convention on Climate Change.  However, back at COP 17 (the 17th Conference of the Parties, the highest decision-making body of the UNFCCC; “Parties” mean the states, which signed the Convention) it was decided to have a new try. A “protocol, another legal instrument or an agreed outcome with legal force under the Convention applicable to all Parties” shall be finished until the end of 2015. This means this year there shall be a new agreement. The hopes are not as high for Paris. Earlier this year, in Geneva, took one of the meetings place which led to the current negotiating text.

That the earlier attempts to make a draft negotiating text failed can be explained by the following: In Geneva the chairs of the ADP – the stream negotiating the new agreement  – changed. Formerly it was Artur Runge-Metzger and Kishan Kumarsingh now it is Ahmend Djoghlaf and Daniel Reifsnyder. Many states announced before Geneva that the process was a “co-chair driven” one. This means, the Parties (meaning the states) felt as their influence to the process would have been restricted. With the new chairs this process changed. It changed in a way that the Parties proposed the new text – which ended in a 89-pages long draft. And what might come out of this draft? Nothing is sure yet as the whole text can be described as one big bracket. In the context of negotiations, especially international ones, brackets indicate that the decisions have not been decided up on yet. In Bonn the text will be streamlined, for example repeated language will be taken out and the negotiations in smaller contents start. What will deliver? A negotiator said “We are not negotiating, we are consolidating.” This should result in a text that allows to make the political decisions. As you see- a lot is at stake this year. Therefore, FYEG set up a delegation which  that will track this process for you. And here they are. 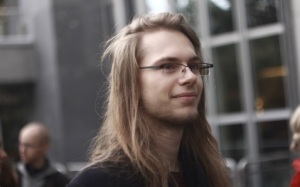 Anton is from Germany and FYEG’s UNFCCC-veteran who has attended lots of meetings since 2011 in Durban, South Africa. He studies political and sustainable human science of in Lüneburg. As co-coordinator of the delegation and member of FYEGs campaign team he will not only focus on the negotiations, but also searching for connections with other NGOs. He will follow the discussions on the legal nature of the agreement, markets, mitigation, the long-term goal and human rights. 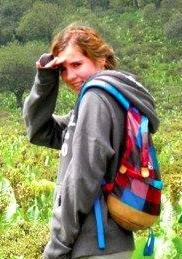 Cécile is the other co-coordinator of the delegation. She is from France and engaged with the FYEG for a couple of years. Her first experience within the FYEG was the Energy and Climate Change campaign training in Vienna in 2013. She was at the COP19 seminar in Warsaw and member of the delegation in Bonn last year. She is studying sustainability with a social science perspective in a double-degree program between France (Lille) and Germany (Münster). She is also engaged with Alternatiba, a European grassroots movement fighting for climate justice by advocating and promoting local alternatives 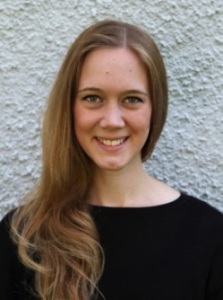 Anna is currently living in Sweden where she works for the city council after having graduated from a degree in environmental policy. She chairs the International Committee of the Young Greens of Sweden and spends as much time as she can in the (oh so rare) sunshine. She had been a part of the green movement for about eight years, always having climate as her core priority. Since December she is a member of the FYEG Climate Campaign team where she is responsible for visual design and communication. Other than that she really likes reading about climate change adaptation, taking pictures and listening to Glenn Miller. 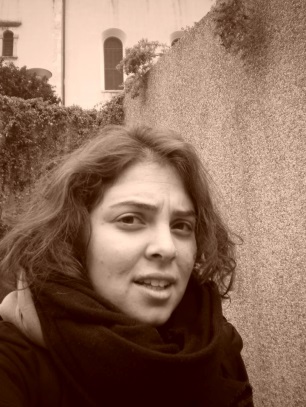 Maria is a 24 year old climate geek. Her educational background is in Mechanical Engineering and Manufacturing. She is a member and a representative of The Young Cyprus Greens at FYEG for the last three years. She really engages with Climate Change and Climate Justice Issues, with main focus on Technology and Sustainable Development. She is also an active member on the Climate Change and Energy Working Group of FYEG for 2 years and the last one she was one of the coordinators. Within these canals she has followed the Climate Talks since COP19 in Warsaw, where she was a participant at the parallel workshop of FYEG. This year is her second year as an FYEG delegate at the UNFCCC and she is also going to be in the team for COP21 in Paris in December.

Max is from the UK/France. He is involved in Climate/Energy Policy and Loss & Damage. He is a member of les Jeunes Ecologistes and a member of the FYEG Climate Team. He has been involved in the climate field for 5 years and now works with Doctors without Borders (MSF) as a Field Administrator.