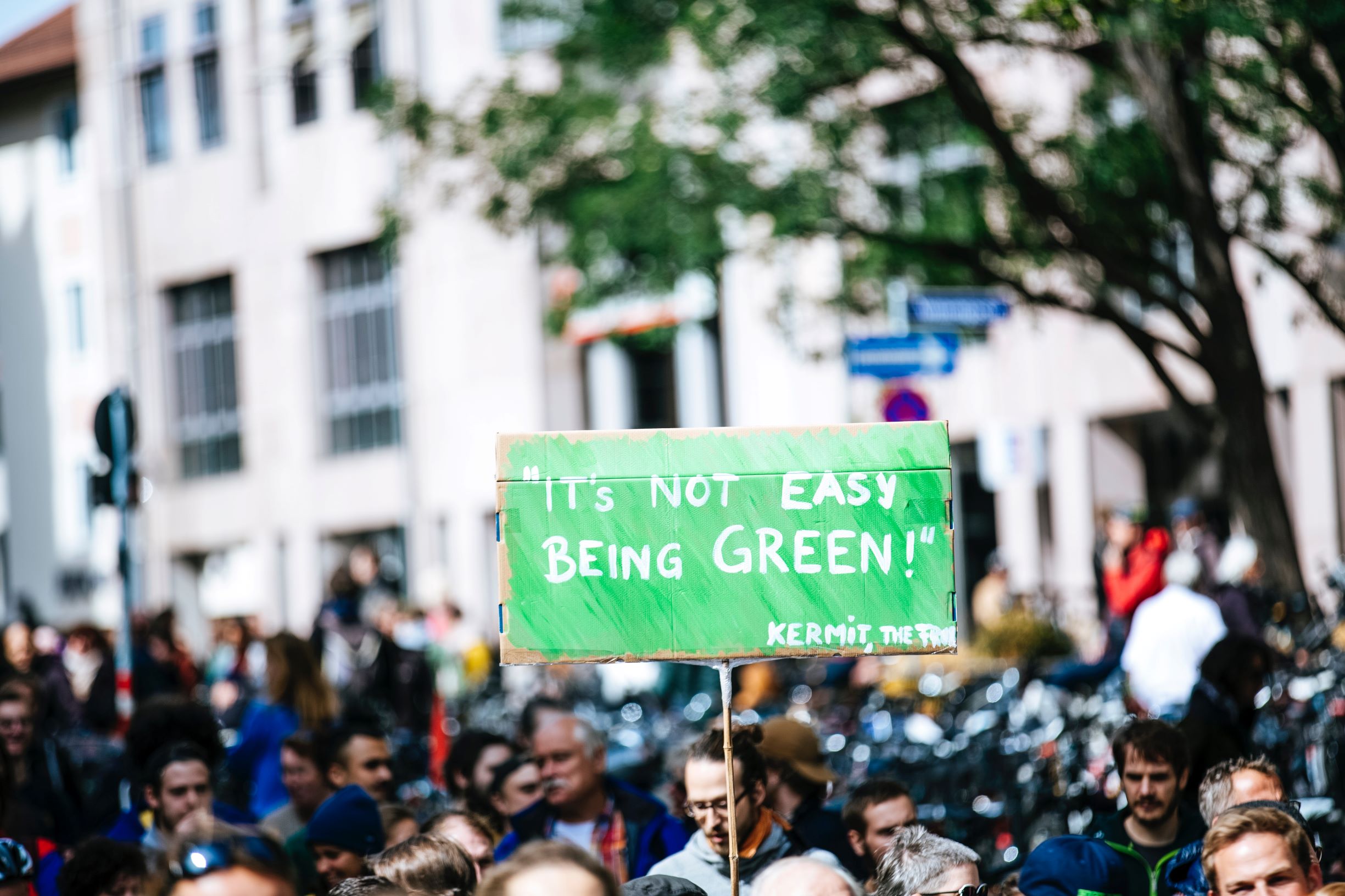 What struggles will green youth activism face in the 21st century?

The new wave of green movements, led mainly by young people, has very different characteristics from those of previous generations. With a strong commitment to the collective, defending diversity and the desire for greater solidarity, this wave will also face its problems. One of the  major ones will be the advocacy trap, which will put a brake on the ability of activists to advance their demands and make the necessary changes.

Although the green movements first emerged in the second half of the 20th century, they have re-emerged in recent years due to the increasing awareness of the threats that climate change poses. During the 19th century the socialist movement used to be the movement of the intersectionality of causes and the fight for social, labour and societal issues. Now the green movements priorities focus on not only the aspects related to humanity but also on nature and our relationship with the other1. Of course, caring for the environment was demanded earlier, but not in such a holistic and global conception. However, it was not until the end of the 20th century that the movement achieved relevance and, above all, a spread within different groups of our society. The fact that policy makers, politicians and CEOs are starting to care about the sustainable aspect of their actions (although this might well be for greenwashing purposes) is a sign that, at least, the topic has gained significant relevance in our society.

One important aspect of the green movements is that, unlike previous social movements, this one is led by young inexperienced leaders. The so-called “Generation Z” is the one that leads this new path, and it seems to be caused by the feeling of the urgency that climate change causes. As the sociologist at the University of Maryland, Dana Fisher, affirmed in the previous piece from Nature, “Young people are getting so much attention that it draws more young people into the movement”. Despite having very different causes, issues and objectives2, there is one common aspect of these new interests in green issues by young activists that this article wants to highlight. Unlike some other movements that were led by a “heroe”, these activists have no intention to become other than a role model to the people who follow them3, and they understand the importance of the collective action in order to achieve the goals they fight for.

The green movement, despite having some famous faces such as Greta Thunberg, is not a movement created around the figure of a single person or “heroe” but is conceived as a path that we all need to join and promote as individuals. For this reason, empowering the individuals generates a new wave of solidarity, comprehending that the impact I can make locally will have effects or contribute to the impact other members of the movement will have worldwide. This new sense of solidarity among different locations, areas and themes is, for instance, the key definitory aspect of such a movement.

Are they really listening?

Wit the emergence of leaders such as Greta Thunberg, the famous young activist from Sweden, it seems as if, for the first time in a while, adults are listening to the youth’s demands. For instance, UN Secretary General António Guterres has endorsed the school strikes, affirming that: “My generation has failed to respond properly to the dramatic challenge of climate change. This is deeply felt by young people. No wonder they are angry.” However, are the political decision makers really listening? Or is it just part of a greenwashing strategy to reach the interest of the younger ones? In this scenario, what should young activists do? Stop their demands and block their possible instrumentalisation from international organisations or, on the contrary, use this instrumentalisation in order to better achieve their goals?

Despite the constant efforts of advocating the system for a radical change of paradigm, it is not until the powerful elites consider the warnings as a real threat that they will promote a push for a change. The capacity of the youth to raise awareness and advocate for improvements is key for these warnings to have any effect at all. However, there is always the doubt of whether they are really committed or  only using the demands of young activists to use it in favour of their own interests. This situation refers to what I call “the advocacy trap”. The trap, thus, consists of a constant feeling of confusion on the impact the activist’s actions have, provoking a loss of hope, a reduction in demands or even an abandonment of some more marginal causes.

Despite this obstacle, in the long run and with sufficient support, the claims and actions of this new generation of activists can end up generating great progress and be proven extremely efficient. The energy of their emergence must be contained in order not to let the advocacy trap affect their path. The feminist movement, for instance, was at  first  used to instrumentalise the demands of women in favour of the hegemonic dynamics, but with  time and a constant pressure and insistence from different social poles it has led to feminist policies, changes in the social mindset and norms or legislation against gender inequality. Will this new trend of activism be able to break the trap? Despite having little chance to do so, they have something that previous activists did not have: a new digital playground.

For today’s youth, climate activism seems to be linked to a broader world view of solidarity and a set of values connected to the idea of equality for prosperity. Far from the individualistic focus from previous social movements, constructed around the figure of a leader or individual organisation, the green movements are fostering a more diversified strategy of activism and leadership. Despite this appearing as a random factor or point in the evolution of the young activist movement, its effects could be bigger than what we expect.

The embraceme of new forms of solidarity by this new wave of activism represents a rupture with the individualistic dynamics of previous social movements and a breath of fresh air in the activist arena. The rejection of such dynamics is not only a denial of the consolidation of such structure in our political systems but also a hack to its continuity. The recognition of a diversified and solidary strategy brings the collective relations a new dynamic itself, focused on what the individual can contribute to the common well-being and not how the individual can make profit from the collectivity, as it happens in capitalism. These changes will have two possible results: a greener capitalism or a systemic change. Both options will bring more prosperity and wellbeing.

This rupture with the systemic dynamics also generates a solution to the advocacy trap. If it is the purpose and not the personification of a movement what is promoted by the green movements, it will pose more obstacles towards the use of their demands on a self-interested intention by political leaders or institutions. Consequently, such demands will be advocated into a more plural, inclusive and prosperity-oriented action, consolidating the democratic mechanisms of our societies.

Ariadna is a trained political scientist and a student of philosophy. She currently works as a consultant at ideograma and collaborates with the project Young Mediterranean Voices that aims to connect people and ideas from all over the euro-mediterranean region. She was president of deba-t.org, a youth critical thinking association from Barcelona. Her interests lie in sustainable development, geopolitics, social and civil rights, as well as in digital ethics.