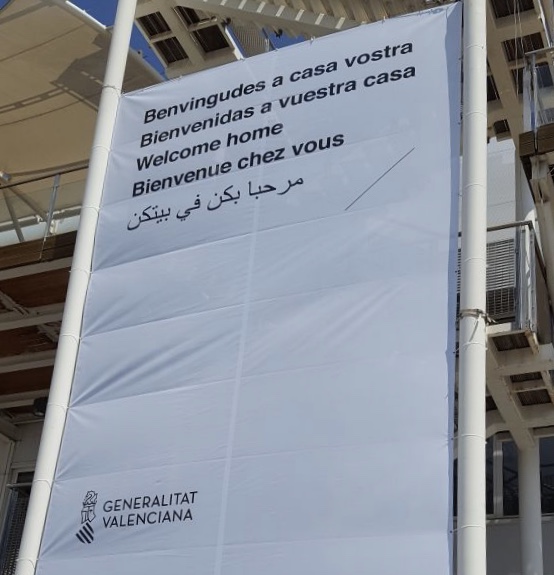 Many will relate the “Age of Aquarius” with the hippie and/or astrological concept for an exciting and promising future era of happiness and joy soon to come . I will take the licence to use this reference to relate to the arrival of a different Aquarius: a rescue ship run by the French activist group SOS Mediterranée that rescued 629 migrants from a stranded rubber boat off the coast of Italy last June. Both Italian and Maltese authorities closed borders and denied to offer a safe place for it to dock . As the situation has become increasingly critical, popular demands for a solution grew across Spain and other southern European countries.

The Valencian and Spanish governments reacted quickly and decided to offer Valencia as a safe port for arrival, despite the technical complexity of having to travel for an extra three days in the bad weather. The spontaneous popular response was surprisingly positive and the Valencian government started receiving thousands of emails and calls from anonymous citizens offering to donate anything from clothes to food, offering to host migrants in their own homes or to translate into the languages they knew. In fact, over 400 local volunteering interpreters were deployed for the so-called “Mediterranean Hope” Operation. This also gathered the attention of international media, partly due to the lack of solidarity of other governments and to the unprecedented solution, to the point that Euronews even broadcasted the arrival in the port of Valencia live on June 17.

Due to my current job, I had the chance to exchange a few words with some of the Somali and Eritrean migrants once they were settled in. I was able to hear at first-hand the terrifying stories about how they had been arrested and tortured by police officials when trying to escape from Libya on that rubber boat. Many others explained how they were unaccompanied teenagers that hadn’t heard from their families in years and that were extremely excited that the government had provided them with mobile phones to inform their beloved ones that they were now in a safe place. Some of the younger girls couldn’t stop colouring in messages reading “THANK YOU SPAIN” and did not know how to pay back our solidarity. All of the stories were outstanding but most of them were silenced by the media. The contact of newcomers with host societies and their positive inclusion in our local communities will not only contribute to boost our economies and promote new expertise exchanging but, more importantly, it will contribute to create an atmosphere of mutual understanding. A direct knowledge of the stories behind these migrants – regardless of their administrative status of “refugees” or not – would help to debunk myths and destroy post-truth politics (i.e. fake news) and shift the pressure of the streets towards humanitarian support messages.

A recent survey showed how Europeans had a larger “invasion” feeling that the percentage of migrants actually living in our societies. In countries such as Greece, Italy, Spain, Portugal or the UK the perception was that over 20% of inhabitants were migrants compared to real figures under 9% in all cases. This proves that mainstream mass media are not doing in favour while acting as effective loudspeakers of openly racist leaders, that base their claims on unfounded identity thoughts, fears and above all hatred against diversity. It is the work of civil society movements, youth groups and political parties which are sensitive to this issue to promote a better knowledge of the truth about these people.

Shortly after the arrival of the Aquarius ship, the European Council approved a conclusions document that included a demand for the Commission to start developing disembarking platforms to “filter” economic migrants from refugees, thus exposing many to mistreatment upon return. It is paradoxical how the EU member states are moving closer to the demands of the far-right and away from international treaties based on human rights, despite the fact that it was World War II what the UN’s 1951 Refugee Convention was designed for. The newly elected Spanish government that initially showed an open attitude towards the arrival of migrants pressured by popular solidarity demands now seemed to be embracing more “mainstream” opinions including the Council’s paper and making use of refoulement agreements with Morocco in the last few weeks, despite them being explicitly banned by international law.

The tensions between anti-migration and pro-human rights discourses are evident. In the era of new populist, xenophobic and far-right movements positive approaches towards solidarity including the arrival of Aquarius can inspire a new wave of public demands in line with international human rights and humanitarian law. Organised civil society working hand-in-hand with allied governments and political parties need to drive changes in the EU in order to make refugee rights respected above security-related approaches to foreign policy. This will bring the dawning of a radical, new Age of Aquarius. 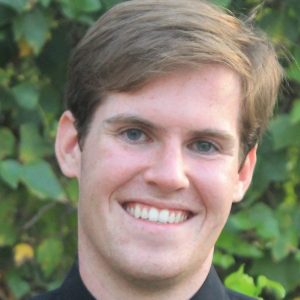 Enric Juan is a Materials Engineer who served as the International Officer of Joves amb Iniciativa (Valencian YG) during the 2016-17 term. He recently obatained a masters on Human Rights and he studied his main scientific degree at Imperial College London. During his time in the UK, he became a Green candidate for the 2014 London local elections he had the chance to participate in many student societies and activist groups, including Amnesty International and Model UN conferences. He currently works as a policy advisor for the Valencian government on equality and inclusion topics and as part of his job he was directly involved in the operation that supported the arrival of the Aquarius to València last June.