The Balkans are a major route for migrants from the Middle East, Central Asia and Africa heading to Europe. The migrants are mostly people fleeing Syria and Afghanistan, as well as Iraq, Somalia and Yemen.

The journey through the Balkans is considered less dangerous than the one across the Mediterranean. The typical journey is from Turkey to a Greek island by boat, then by different means of travel (walking, bicycle, bus, train, ferry or car) to mainland Greece, to Macedonia, to Serbia, to Hungary and then forward to different countries in the rest of Europe. The number of migrants using this route has increased manyfold in recent months. During the first week of June, 8500 migrants without documents entered Macedonia from Greece. 54 000 entered Hungary in the first five months of this year (compared to 40 000 in total last year).

The growing popularity of the Balkan route does not mean that it is safe. In particular, reports from Macedonia testify to the cruelty that is awaiting migrants. Some are locked in prison-like detention centres, which are filled way over their capacities. Sanitary conditions are deplorable and diseases are spreading. There has also been reports of criminal gangs (made out of locals as well as people from the departure countries of the migrants) who kidnap migrants and lock them in houses until they pay a ransom to their kidnappers – this is believed to be done in cooperation with local police. In order to avoid police and kidnappers as well as keep their orientation, many migrants walk on railroad tracks from south to north. On 23 April, 14 migrants were killed when the Thessaloniki-Belgrade train ran over them near Veles in Macedonia, and there are more migrants who died in the same way on other occasions. Fortunately, starting this week, there is a new law in force that allows migrants without documents to transit Macedonia within three days, and this will hopefully diminish abuse by criminal gangs and police. Macedonians are not indifferent to the plight of the migrants and have organised several solidarity actions to help them.

Once in Serbia, the migrants head for the Hungarian border. Some stay in Belgrade for some time, waiting for instructions from a smuggler or just for an occasion to travel north to Subotica on the border. The parks around the train and bus station in Belgrade are nowadays filled with migrants. Since the migrants do not have documents, they cannot stay in hostels or hotels, and some locals have already started renting them apartments at inflated prices.

No Border Serbia organised an action for the migrants on World Refugee Day on June 20 in one of the parks, offering tea and fruits at iftar (meal at the end of ramadan at sunset), which the Serbian Green Youth and the Federation of Young European Greens participated in. Police was very present at first, then disappeared, then some young men attacked the site but were quickly chased away by vigilant antifascists. It is complicated to call the police in the event of such an attack, as it will give the police a reason to clear the park. It remains a mystery who sent the young men to attack the action.

Hundreds of migrants try to cross the border between Serbia and Hungary every day and every night. Many of them have been caught by border guards, jailed, sent back to Serbia, and attempted the crossing several times again. On June 21 I took a bus from Belgrade to Budapest and saw several migrants running towards Hungary on the railroad just before the border. This is where the government of Viktor Orbán has announced it is erecting a fence, 4 metres high and 175 kilometres long, to prevent migrants from entering. It is one of the Orbán government’s anti-migrant policies, after, for example, calling for internment camps and forced labour for migrants, or putting up official anti-migrant billboards (which has been met by different types of creative opposition from citizens). Needless to say, the planned fence will in no way contribute to effectively addressing the causes behind the migration across that border, nor will it diminish the number of people attempting to reach the Schengen area, nor will it in any way support the people who are in the biggest need of support at the moment. One probable consequence is that migrants will use other routes that might be significantly more dangerous, such as different maritime routes. Moreover, experiences from Bulgaria have demonstrated that building a fence on the border was accompanied by increased brutality on behalf of border guards and police towards migrants.

The situation with the Balkan migration route is not sustainable. The number of migrants is increasing, and it is only a question of time before Orbán’s practice of blaming social and economic problems on migrants will become more commonplace among politicians in the region. Not to speak of violent, fascist groups and the damage they can do when they decide, like the coward Orbán, that people as vulnerable as migrants without documents are their next target.

And this is where you come in. Yes, you. And me. And everyone around us. Because there are two ways of dealing with the fact that millions of people have had to flee Syria and that many more are about to do so. One option is to say that it is not your problem. To wipe it under the mat and pretend you solved the situation. Many politicians will propose this as an easy solution. Put the migrants away in camps, build militarised walls on the borders, let the boats sink to the bottom of the sea.

Another option is to realise that the world has changed, and if we and our societies are to be humane and compassionate, we must adapt accordingly. We must find ways to effectively address the reasons behind people fleeing (this is another interesting and very complicated discussion). And we must also provide help to those who need it the most and who are among us or on our borders. We must welcome many more people than we have now. We must make sure that human rights of migrants are respected, that they are not locked up in prisons, that they are protected from abuse by authorities and fascists. We must find ways to provide basic necessities such as health care and housing, and facilitate migrants’ access to the labour market so we can all develop our societies together.

In the end, it is our choice. Will we respond by becoming more monstrous, or will we respond with solidarity? If you, me and Europe look the other way and continue with business as usual, then it is not neutral; it is brutal.

Sven Lindqvist’s book ‘Exterminate All The Brutes’ starts and ends with the following lines:

“You already know enough. So do I. It is not knowledge we lack. What is missing is the courage to understand what we know and to draw conclusions.” 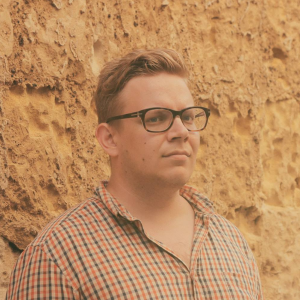 Teo is one of the spokespersons of the Federation of Young European Greens. This piece was originally published on his Facebook profile on June 22, 2015.