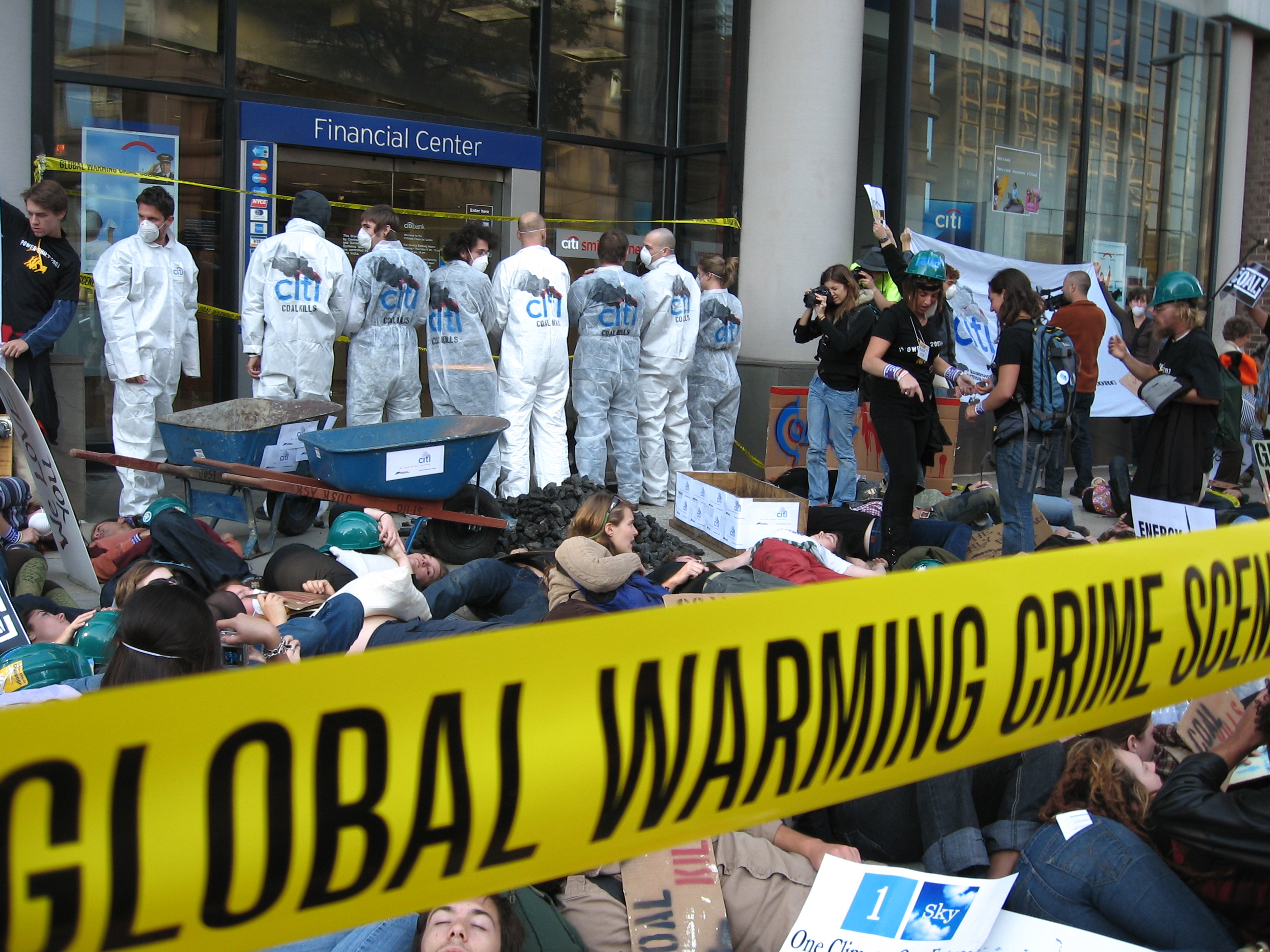 The vast majority of scientists and experts who have anything to say on the subject consider the following simple, apolitical fact- the world is getting warmer and much of its weather more severe. Temperatures have climbed steadily since the beginning of the 20th century and spiked recently. NASA reported that 9 of the ten hottest years since 1880 were after 2000. Glaciers are shrinking and the ice caps retreating.

Then, of course, there are the weather disasters- Hurricane Katrina, the 2009 tsunami that devastated Malaysia and Thailand and most recently, “Super-Storm” Sandy, which brought much of the American coastal Northeast to a virtually standstill, killed dozens, left thousands homeless and has caused more than $20 billion in damage so far (more on Sandy and those billions later).

According to the Intergovernmental Panel on Climate Change (IPCC) it is “very likely” that human pollution and production of greenhouse gasses is responsible for climate change. “Very likely” in this case means a 90-99% certainty. That’s pretty much as certain and unequivocal as a scientific consensus can be.

Despite these seemingly obvious indicators from all over the globe the environmental threat-event now known as climate change has had a rough go of it since the term “global warming” was first used in 1975. In fact, there seems to be a paradoxical inverse correlation between evidence and belief among the climate change skeptics that are most densely distributed in the US and UK. In 2008, only 47% of Americans believed that global warming was anthropogenic (man-made), while 73% believed that earth was growing warmer; though only 44% believed that climate change was a serious problem. By 2009, the belief that global warming existed at all had dropped to 57% (from 73%) and now 36% considered it a serious problem (down from 44%). And in 2011, 40% of Americans were convinced climate change was anthropogenic, down 7 percentage points. Though more Brits concede both that climate change exists and has human progenitors than their American counterparts, the UK has seen a comparable belief-dip and skepticism spike in recent years.

Predominately responsible for this fact/belief disconnect is the climate change “countermovement”. Like the theory of evolution’s detractors, the climate change countermovement was born of ulterior motives rather than a group of rogue scientists interpreting evidence that the mainstream attempted to suppress. Climate change skepticism was built almost entirely by largely energy companies, those allied to them and conservative activists like Richard Mellon-Scaife, the Koch brothers and the Sierra Foundation. The existence and soft-science soft-shoeing of the countermovement, obviously, irked scientific authorities, experts and left-wingers. In part, that irking probably prompted the right-wing pundits and blogosphere to champion the countermovement in presumable deference to “the enemy of my enemy is my friend” needling.

However, despite its big business pedigree the climate change countermovement has been steadily losing its corporate backers, energy and otherwise. Increasingly, its supporters are dwindling denizens of the entrenched right-wing punditry and those they have convinced. There are a few explanations for this. To some degree, like the Catholic Church’s official endorsement of evolution, the deluge of evidence corroborating the undeniable reality of climate change is simply too overwhelming to ignore. For instance, despite the lagging American (and to some degree, British) acceptance, in 2007 Exxon publicly announced that they were discontinuing payments to the countermovement. Continued denial in the face of the facts was being considered progressively absurd by most of the industrialized world.

Most of the energy companies now maintain the low-key neutrality regarding climate change, preferring it does not come up. (Or they fund commercials in which a concerned-sounding, soft-voiced narrator vaguely reinforces an energy corporation’s general commitment to preserving the environment over a montage of nature scenes and Middle Americans interacting wholesomely.) That’s not to say that big business vested interests don’t continue to quietly funnel money to global warming skeptics but Exxon’s public withdrawal of their support from the climate change denial movement is at the very least symbolically important. More important than appearances, however, is money- it’s a rare corporation that lends greater importance to their hypothetical reputation among the public than to their bottom line.

The leaders of this new science-savvy business-collective are insurance providers. Since Hurricane Katrina there has been a subtle sea-change (no pun intended) in the insurance industry regarding acceptance of climate change. Super-Storm Sandy forced a less-subtle policy shift from the insurance agencies. In Sandy’s aftermath (the beginning of the aftermath anyway), Munich Re- the German insurance mammoth- released a report entitled “Severe Weather in North America”. This analysis points out that from 1980-2011, North America alone sustained over $1 trillion damage ($125 billion from Katrina alone) from severe weather events. About half of those losses were insured.

Munich Re’s report continues, “Nowhere in the world is the rising number of natural catastrophes more evident than in North America. The study shows a nearly quintupled number of weather-related loss events in North America for the past three decades, compared with an increase factor of 4 in Asia, 2.5 in Africa, 2 in Europe and 1.5 in South America.”

Unless systemic changes are made in the way the world travels, factory-produces, farms and so on, climate change is, unfortunately, only going to produce more severe weather events. And, reasonably, the prospect of losing billions to deny a virtual scientific certainty no longer appeals to insurance companies. As goes industry, so goes a great deal of the population. It will be interesting to see if this recent revelation precipitates a comprehensive change in the North American interpretation of climate change. One would hope, as North America is apparently being battered by weather even more ferocious than that vexing to the rest of the world.

Mario Vitanelli is a freelance writer and blogger specializing in the analysis of influential people and organizations, global business trends and international affairs. When away from his keyboard, he enjoys photography and appreciates the rest of the Vitanelli family’s endless patience with his football dependence