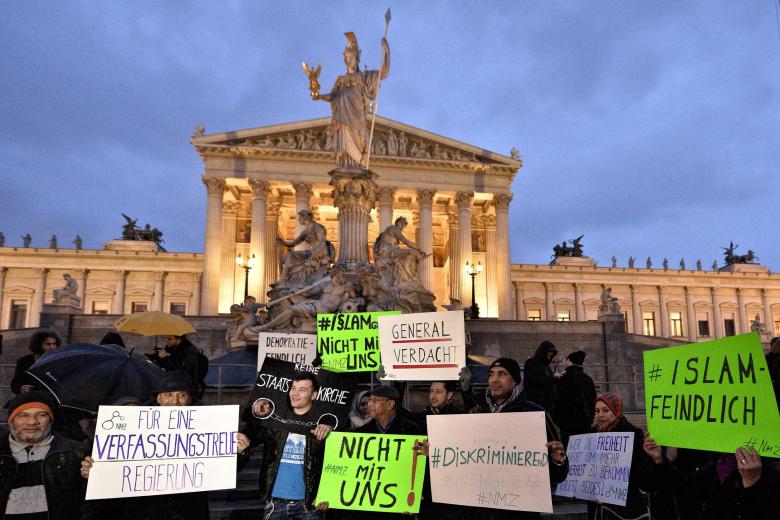 The migration debate is currently one of the world’s most controversial issues. According to the United Nations, there are currently over 230 million international migrants worldwide. And since the aftermath of the Arab Spring and amidst the ongoing civil war in Syria, millions of people have sought refuge in Europe, making the continent a place of shelter for refugees. Indeed the world is currently facing a huge refugee crisis since World War II, with over 51 million forcibly displaced persons fleeing their country due to political instability and environmental catastrophes.

Controversies surrounding the debate arise due to contentious government policies that are being imposed. Last week in February, the Austrian parliament passed the notorious “Islamgesetz” (“Law on Islam”). The legislation aims to regulate the practice of freedom of religion of the country’s large Muslim minority. In a way, it seeks to “Europeanize” Islam as it imposes exclusive restrictions on the religion.

Under this policy, foreign funding of Muslim organizations would be banned and the society’s activities would have to be conducted in German, by using standardized German Qurans. Austrian conservative Foreign Minister Sebastian Kurz has claimed that this policy is a positive approach towards societal integration, and that the policy would strengthen the legal status of Muslims by guaranteeing Islamic pastoral care in hospitals, for example. The policy is also designed to combat the radicalization of the religion, considering that around 200 Austrians have already fled the nation to join ISIS.

The intentions are sound and based in good faith, but lead to some concerns. There is a fundamental flaw in passing a likely discriminatory policy as it singles out Islam and does not apply to other religious groups. A line has to be drawn. Integration is indeed an imperative, and accepting 21st century realities by making compromises that satisfies both sides of the political spectrum is crucial, but what are the limits?

“United in Diversity”, so boasts the European Union’s official motto. That maxim should be taken more seriously for its stark idealization of what kind of society we want to live in nowadays. But the terror tragedies in Copenhagen and Paris opened the door to a tragic reality and reaffirmed the kind of xenophobic paranoia throughout Europe that right-wing populists had preached. Measures are being considered on countering these social challenges, but generating scapegoats out of migrants and out of society’s most vulnerable people are not one of them. Fear-mongering and discriminatory bans are not the answer. Governments need to introduce a more multicultural and human rights-based process of integration.

Language classes as part of the compulsory integration process is worth noting. Proponents of this policy argue that difficulties in communication arise when migrants are unable to speak the national or official language of their host country. By obliging migrants to enhance their linguistic knowledge, that would help them integrate faster, for there may be a hazardous potential that troubled migrants may be forced to live below the poverty line and hit the streets taking risks and working with criminals and extremists. Such conjecture may stall a community from genuinely integrating.

There is also the notion that such integration laws may have the potential to become unavailing. First generation migrants, specifically fresh refugees and asylum seekers, may still be struggling to find their true identity and status in society and therefore may have trouble adjusting. These people, if given a choice between obtaining work and learning the language, would more likely choose work to support their individual and family security.

Proponents of contentious integration laws claim that losing control of the national language also loses the political control of society. That may be the case, but enforcing tough laws would raise more concerns in governance and order. There may be no genuinely feasible way to enforce ambivalent integration laws without violating migrants’ social and cultural rights. For example, what would be the action against a refugee who fled a civil war be if he/she is unable to become fluent in learning the national language? Would he/she be deported or imprisoned? The social political implications of such situations would be amiss.

Shifting the focus to multicultural and multi-linguistic diversity instead of forced integration would be ideal, therefore following the lead of progressive countries that are not aiming toward a single-language society, but rather the recognition of multiple languages in society. Giving migrants an incentive to improve their social well-being by encouraging them to learn the language in their new country through awareness-raising programs would guarantee a productive policy that would create the ideal and prosperous society.