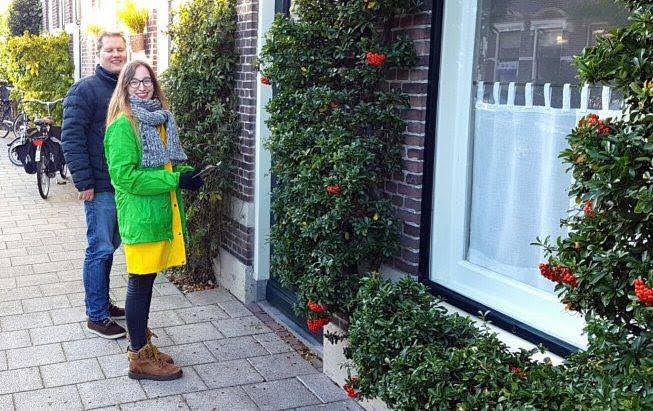 At the start of this semester I decided to take a gap year due to certain circumstances. I wanted to spend my time by getting involved in the election campaign of the Dutch Green Party. In Leiden, the local campaigners were still looking for a second volunteering coordinator. I became coordinator on short notice, and I joined a large campaign team with ambitious plans for an exciting campaign.

Luckily the energy and atmosphere around Jesse Klaver (the leader of the Green Party), and his popular meetups, stimulated many to become a volunteer. This enabled us to build quite a considerable list of people willing to help. We were very lucky, since there are many things we would like to do with these new people. We are working on an extensive grassroots campaign, by visiting every house in Leiden to have conversations, a very own campaign building with a lot of activities, and by making sure that we are visible all over the city. We try to achieve all of this with just a handful of enthusiasts. Luckily, there are more than a hundred volunteers at the moment.

How do you keep people active and involved in the campaign? Many have registered themselves in a surge of enthusiasm, and if you are not careful, they easily forget why they wanted to contribute to a great green success in the first place. In this process, it is essential to have close contact with volunteers. For example, in December we organised a special kick-off with drinks. We invited two of the three candidates for the Green Party, who live in Leiden. They told us an inspiring story about their ambitions. Another example is that we are quite busy with calling people who tend to fall into oblivion, to tell them about the great campaign that’s about to happen.

The following months we will continue involving as many volunteers as possible, using a combination of fun and effective activities. But in the end, it’s not just about volunteers. For a successful grassroots campaign, we need to create a movement that’s bigger than it ever has been. The movement should consist of active campaigners, volunteers and Green Party sympathisers. An important part in this process, are the meetups with Jesse Klaver. But personally, I think our visits in the neighbourhood are a much greater contribution. When doing these visits, it’s awesome to notice the number of people who are enthusiastic about our ideas, and how they like the effort we put in having conversations with them. By having these conversations, you keep the ‘politics’ closer and more personal to them. Also, if you notice they are very enthusiastic about the Green Party, you can involve them in the campaign. Join these visits in your hometown and experience them yourself!

I think we are at the start of an amazing campaign. Using campaign buildings (hopefully as many cities as possible will have these), the Green Party will take a visible place in our cities. Every conversation we have in the neighbourhoods, considering the current enthusiasm, will contribute to a movement of an unparalleled scale. I am convinced the Green Party will achieve a great victory on March 15.

This article is part of the OverDWARS Campaign series in collaboration with the Ecosprinter, which covers the road to the Dutch elections  of March 15, 2017.