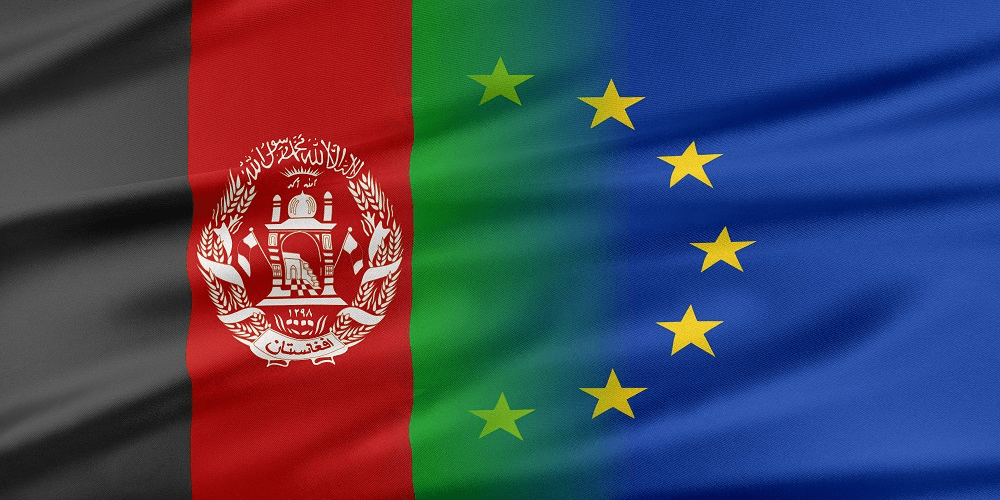 “People should not come to Europe. People should stay in their region”. This sentence is probably the best summary of the current EU standing on migrants fleeing Afghanistan after the Taliban have taken over in the country. Not only for its crystal clarity but also for the person who said it. Mattias Tesfaye is the Danish Minister for Immigration and Integration, a person born in Denmark of an Ethiopian refugee father and member of a Social Democrat party.

The European Commission’s and Council meetings held after the Afghan crisis had an evident message for those who are now considering leaving Afghanistan: maybe we can help you, but steer clear of our borders. The European Union seems indeed very helpful in providing humanitarian aid: 200 million euros from the EU budget will be spent to “support for Afghans, in and around the country”, as EC President Ursula von der Leyen announced at the end of August.

But when it comes to the reception of migrants at its own external borders, the Union assumes a very rigid stance. Ylva Johansson, the EU Commissioner for Home Affairs, said that the bloc needs to avoid a “migration crisis”. Her colleague Margaritis Schinas, in charge of Promoting the European Way of Life, explained that the European approach is to help Afghan people “as close as possible” to their home country.

The Commission’s and the Member States’ view

Indeed, the Commission’s view seems to reflect the EU countries’ fears. European governments want to avoid any possible signal that, in their view, could represent a “pull factor”. To be safe, they are sending the opposite message. “We are ready to help the people in need. But we are fully resolved to deal with the situation in the region and not to send any false messages that would maybe create some hope”, said Jan Hamáček, Czech Minister of the Interior and Deputy Prime Minister of the Czech Republic.

Several other European politicians expressed concerns about an eventual wave of migration similar to the one the EU experienced in 2015 when the Syrian civil war forced thousands of people to leave the country. That year, the total number of asylum seekers reached over a million for the first time ever.

The Statement on the situation in Afghanistan adopted by the Council of the European Union (Euco) on 31st August 2021 offers irrefutable evidence of the current climate in Europe right now. “Based on lessons learned, the EU and its Member States stand determined to act jointly to prevent the recurrence of uncontrolled large-scale illegal migration movements faced in the past, by preparing a coordinated and orderly response. Incentives to illegal migration should be avoided”.

The European Parliament and “temporary protection”

Against this “wall of words” very few voices among the European institutions have spoken. The most relevant one is probably the European Parliament President David Sassoli. He showed his disappointment for the Euco conclusion and, in general, for the reluctant approach of the EU governments. “Some non-EU countries have offered protection to Afghan asylum seekers, but no EU country has done the same”, said Sassoli in his opening speech at the Bled Strategic Forum, on September 1st. The United Kingdom and Canada have indeed made their pledges for taking in and welcoming about 20,000 refugees each. On the contrary, the European Union is currently unable to set the number of people it will be able to host: Commissioner Johansson pointed out that the European Commission has no physical room to help in this, but can just coordinate Member States’ efforts. This means that national governments are to be blamed if the Union is so hesitant to open its doors.

Actually, from the European Parliament comes a game-changer proposal. 76 Members of the European Parliament sent a letter to the EU governing bodies requesting to trigger the Directive 2001/55. This legal instrument regulates the standards for “giving temporary protection in the event of a massive influx of displaced persons”. It applies only when a large and unexpected number of people arrive in Europe from a specific area of ​​the world and these people cannot be returned to their country of origin for safety reasons. The Afghan crisis seems to be a case in point.

Temporary protection lasts one year and can be extended twice by six months: EU countries must grant a residence permit to the fleeing people, which is not equivalent nor alternative to asylum protection. Each State is required to indicate its own “reception capacity” and can therefore receive an established number of people, provided the consent of the individuals involved.

Unlike refugee status, “temporary protection” is indiscriminately ensured to all people from a geographical area in question, without the need for a personal assessment. This avoids long asylum procedures at the EU borders and enables Member States to act faster. Only individuals guilty of war and serious crimes are excluded, as well as those who are deemed as a danger to the security of the host State.

Triggering this mechanism requires political consensus, but not unanimity. The Directive 2001/55 only needs a proposal by the European Commission and a qualified majority vote by the Council (55% of member states, representing at least 65% of the total EU population). But this seems not to be the case. The High Representative of the Union for Foreign Affairs and Security Policy Josep Borrell only mentioned it once at the beginning of the crisis; some MEPs tried to suggest it in the last debate on the Afghan topic. But the idea had already gone cold and it’s unlikely to be discussed both at the Commission and Council level.

As happened in several other moments of recent European history, a chronic problem affects the discussions on the Afghan crisis. The European Union has not agreed on a common framework on migration that could overcome the so-called “Dublin system” yet. Until now, each person seeking asylum in the EU can submit his application only in their first-arrival Member State. This exposes front-line countries at risk of being overcome by intense flows of migrants in certain frames of time.

The concepts of solidarity and fair sharing of responsibility in migration issues have been debated for years at the European level, but they have not found their way yet. One year ago, the European Commission presented “The New Pact on Migration and Asylum”, a complex set of proposals to deeply change EU migration policies. Since then, nothing of this package has been approved, except the institution of a new European Asylum Agency replacing the European Asylum Support Office (Easo).

“This is the moment now for a European migration management policy. So I urge you to speed up the process”, said EC President Ursula von der Leyen in her 2021 State of the Union Address. If the EU Member States could not find common solutions in periods in which there are few asylum seekers, how could they stand united and react together after a crisis?

This article reflects the opinions of its individual writers, not necessarily those of the FYEG or its partners.