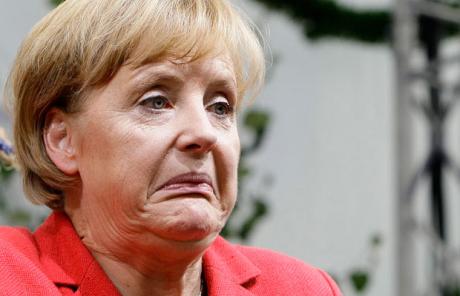 Let’s be honest. Although we wish otherwise, the most powerful institution in the EU is NOT the European Parliament. The EU suffers from the democratic deficit, since the member state governments are those who have the biggest say in EU policies. To be more precise: It is some national governments, backed by economic strength and financial power, which have and use the possibility to shape EU policies according to their interests. Especially in these times of fundamental crisis, especially for us Greens and Young Greens in Germany – the European Parliament elections are not the only European elections we have.

On September 22nd, the population of Germany was called to elect a new national Parliament – the Bundestag. The Bundestag will elect the head of the government, our chancellor, who will then choose its ministers and present the complete governing cabinet. This is at the moment an on-going process and the result – which parties will be in the coalition – is not easy to be foreseen. The liberal party, the old coalition partner of the CDU, was not re-elected into the Parliament. And so the preparations for the upcoming elections to the EP will have to begin in the current muddling and slightly chaotic aftermath of our national elections. But firstly back to the beginning.

From the very start of planning our GRÜNE JUGEND campaign for the national elections, we strived to underline the importance of this election for the EU and particularly for the handling of the financial, social, political and ecological crisis. For us, it was the choice between more destructive austerity policies or Europe which is bound together by solidarity, democracy and openness. The goal was to get rid of the Merkel-government not only because of the conservatism and illiberalism in domestic policy, or the horrible mismanagement of the energy transition in Germany, but also because of the way Merkel and her government dominated the EU with their narrow vision of how this unique supranational institution should work. The narrow vision of being in the service of the Germany export economy, and as well in the service of its powerful banks, acting European-wide and profiting from the deregulation of financial markets – all these at the back of the environment and the people who have to face the cut of public services, wages and the dangerous shrinking of their economies. We decided to take “Europe” as the umbrella theme for other topics like social justice or open society. We tried to Europeanize the campaign by including your voices and perspectives as young European greens for instance by taking you on our bus tours.

Also our mother party, the “old greens”, included a comprehensive analysis of the European situation in their election manifesto and worked intensively to provide answers and alternatives for another Europe, departing from the neoliberal model of the EU that has been already promoted for too long time.

So the most important question at this point: Have we been successful with presenting Greens as the political force able to reshape the EU, make it more democratic, less responsive to the interests of the private economy, more ecological, more just, taking the necessary steps towards a political union?

A huge disappointment and the rise of right-wing populism

Now, knowing the results of the elections, we have to admit: No. The necessity of a fundamental change in European policies was not the focus of this election campaign and the Greens did not communicate their visions in this scope effectively – some say: Not at all. The Conservatives skilfully avoided the topic (as they avoided ANY content in general) and the Greens deliberately concentrated on other issues. Also we as young greens did not succeed in re-focusing the debates towards the huge European dimension of this election.

Almost absolute majority of voters supported Christian Democratic Union of Angela Merkel and their Bavarian sister Christian Social Union. What comes on top of this; almost 5% of the electorate decided to give their vote to the new, right-wing populist, Euro-critical party “Alternative for Germany”. This means they just failed to get into the German Parliament very neatly, due to the 5-percent-clause. The party was founded in February 2013 and is almost completely based on the claim to resolve the Euro-area and return to national currencies. They paint the populist picture of Germany being “the paymaster” of the EU, a position which is overburdening the German population and will ruin the country in the long run. Besides, they agitate against migrants and the “unregulated immigration into our social security systems”. It

is legitimate to say that this worrisome turnout is the consequence of the way the old conservative-liberal government under Merkel has treated the EU and has shaped the discourse about solidarity and common Europe, while still pursuing the bail-out of banks and guaranteeing credits for countries, which have come into trouble. On the one hand, they engaged in “rescuing” the European project (well: in rescuing German money mostly) and, on the other, they blamed Spain, Ireland or Greece for their situation and even advertised the “German model” (of high exports and low wages) as the ideal everyone should follow. This caus

ed enormous dissatisfaction and leaves us with a huge challenge for the upcoming European elections.

The Alternative for Germany, as well as the extreme right-wing NPD (Nationalist Party of Germany) are both setting their hope on the election to European Parliament in May next year. Without the 5-percent-clause and their anti-EU campaigns, they have reasonable chances to gain seats in the European Parliament. Taking into account the popularity of right-wing and Euro-critical parties in other European countries, there is the real danger of a strong faction in the EP that will torpedo the EU from inside and will spread their r

acist, nationalist, discriminatory ideology in the EU institutions. We, as Greens and Young Greens, have to face out this challenge and massively increase our efforts to explain people our ideas of Europe, our solutions to the current problems and, especially, how we can transform the EU into an emancipatory project that helps to achieve a socially and ecologically sustainable future for the continent. After the disappointing results for the German Greens (8,4% compared to 10,7% in 2009), the party is at this very moment in the process of personnel and strategic renewal. The whole leading guard of the party and the parliament faction has withdrawn to allow new people to enter the first rows. Intense debates on the future course will follow and we as GRÜNE JUGEND are actively involved in these processes. We together with many others are highly critical towards the forgotten European dimension in these elections and the way the Greens have supported many times Merkel’s EU policies in the past.

The European elections will give us the chance to correct these mistakes and finally present and debate publicly those ideas we have developed earlier, not simply in favour of “more Europe” but of a “better Europe”.

Our next General Assembly from 1st to 3rd November will be dedicated to “Europe – borderless happy”, we will welcome many international guests and discuss both – the results of the national elections and as well the plans for the European ones. Next December, we will elect our European campaign team, which will organise in close cooperation with FYEG our campaign. For sure, we will build upon the experiences from the past campaigns, our bus tours, our street actions, our action weeks and specially the online campaign, our presence in social media and so on.

In the European elections in 2009, CDU/CSU won a big amount of the German seats in the EP with 44,5% of the votes. The Greens turned out as the third strongest party with almost 12%. Back then the leading candi

dates have been still national – Rebecca Harms and Reinhard Bütikofer – different than 2014 when the European Green Party will choose two European leading candidates via a direct democratic primary election. A critical fact was and still is the low participation with only 43,3% of the eligible voters that go to vote – the European Parliament does not receive the attention it should, also due to its relative weakness in the EU of course.

The central topics of GRÜNE JUGEND in the campaign 2009 have been Ecology, Citizens’ Rights, Migration and more social Europe. This time, the most important goal will be to break Merkel’s dominant narrative of Europe, offer a real and radical alternative and bring back to the public debate, why we believe in European integration to be such a meaningful, progressive and necessary process.

So: Let the games begin! 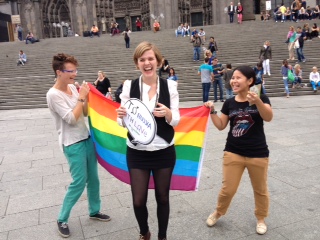 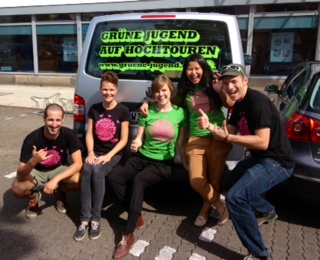 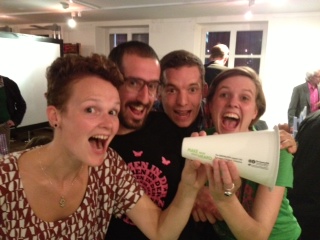