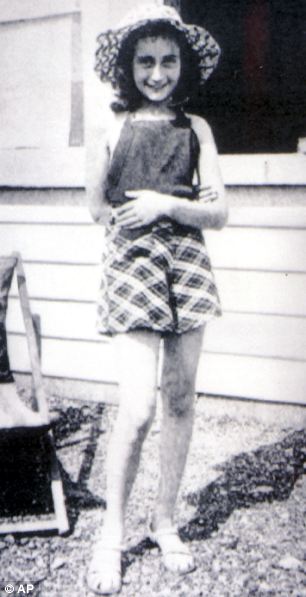 It was 1998 and I was eight years old living in Jacksonville, Florida, USA. For a school assignment, we were to choose historical figures and give presentations and introduce ourselves as if we were them. I had chosen Anne Frank as I had just finished reading her diary and it seemed like a great choice. She was a young girl, not too much older than myself and her story represented a crucial moment in history. Others chose famous American presidents, sports stars, kings, inventors etc.

Now to put this into perspective- this is 1998 and the biggest news story of the day in the US was the Monica Lewinsky scandal. You remember, the time when the US Congress put President Bill Clinton up for trial for his sexual relations with a then White House intern, Monica Lewinsky which he later denied to under oath.

In the weeks leading to the presentation, my friends and I had found out that one of our friends had chosen the famous tennis star, Monica Seles. To us, there could only be one Monica in the world and that had to be the one that every media outlet in the country had been talking about for weeks- Monica Lewinsky. It didn’t matter that we didn’t understand why she was in the news and what was really happening- we knew it was somehow naughty and as children we weren’t really supposed to know that it was happening.

So for weeks myself and some friends teased my classmate that instead of saying “Hi, I’m Monica Seles,” to begin her presentation that she would accidently replace the “Seles” for “Lewinsky”. This joke lasted for weeks. And finally when it was the big day, we all sat in anticipation to see if she would do it. And low and behold, she actually did it. She said Lewinsky. Whether she did it on purpose or to be funny, we’ll never know. But she did it!! It is a memory I’ll never forget.

My presentation on the other hand, was unmemorable and did not bring the class to tears over the tragedy of the senseless of the Holocaust. But Monica Lewinsky! Brilliant! Definitely the highlight of the presentations.

The reason why I tell this story is not to point out that eight year olds from the US aren’t moved by the Holocaust. I am afraid that even outside of classrooms of children, across the world sex scandals grab headlines easier than massive human rights abuses. But that both stories- one of a President on the verge of impeachment because of an extramarital blow job and the other of the greatest genocides of the 20th Century, are things that we simply couldn’t really understand.

It makes me question- why weren’t a bunch of children captivated by a story that happened to a girl not much older than us? Instead we were more interested in the very adult world of the US President. Its not like any of us at that time even understood what a blow job was, much less impeachment. If our minds couldn’t process a presidential scandal, forget about comprehending the gradual process of eliminating an entire people.

In Florida public schools we are taught the history of the Holocaust very early. We are required to read seemingly never ending books on the Holocaust and the Jewish experience. Teaching the Holocaust and its following liberation, fits with the American narrative nicely. It illustrates us as the defenders of the world, liberating the concentration camps and saving Europe from Hitler (even though they waited a few years..), who then opened their doors to the waves of immigrants and offer them a better life in a new country. Hollywood certainly also does their part to drive this point home. Forget the Trail of Tears, Japanese internment camps, much less Hiroshima or Nagasaki- we helped save the Jews and we are proud of it!

This narrative is repeated to us so often that it doesn’t take long for it to lose its meaning. For me, it always seemed like something that happened very far away to people I didn’t know. Even in Florida, where I grew up and the Jewish population is one of the largest in the world, the Holocaust was just an event we learned about in history class. Yet in the US, Jews are very much a part of our social fabric. From my American experience, being anti semitic is a super faux-paux. And despite being a country known for its super political correctness, our free speech laws still allow citizens to wear a swastika if they like. But they don’t. Because that would be weird.

Some of us, like myself, will eventually come to Europe and begin to see the reality of the Holocaust more upfront and have to reconcile with it in a completely different way. Seeing the camps firsthand or the nearly abandoned, massive synagogues that haunt Europe is a very sobering experience.

I can only speak of the experience for myself, a white millenial with a long Christian, Anglo-Saxon heritage. But I think I speak for many of us when I say it would take many years to understand the gravity of the Holocaust. It would personally take me living in Prague and seeing the memorial stones of those who had died in the Holocaust scattered throughout the city to get it. The stories of friends whose grandparents had lied about their Jewish faith that would eventually save them. The anti-Semitic jokes I would hear in pubs that would make my eyes widen. The abandoned train station outside my flat that served as the final stop in the Czech Republic before sending thousands off to their fate in the camps of Poland.

But I know that I am rare. The majority of Americans don’t have a passport, let alone the opportunity to live abroad. Their understandings of the Holocaust will probably have to happen via novels read in their US homes or in movie theaters, played out by Hollywood actors. Brad Pitt will be there to save the day and Anne Frank will live on in the young adult section of the library. Its easier that way. If you could leave the Holocaust to only movies and history class, wouldn’t you?