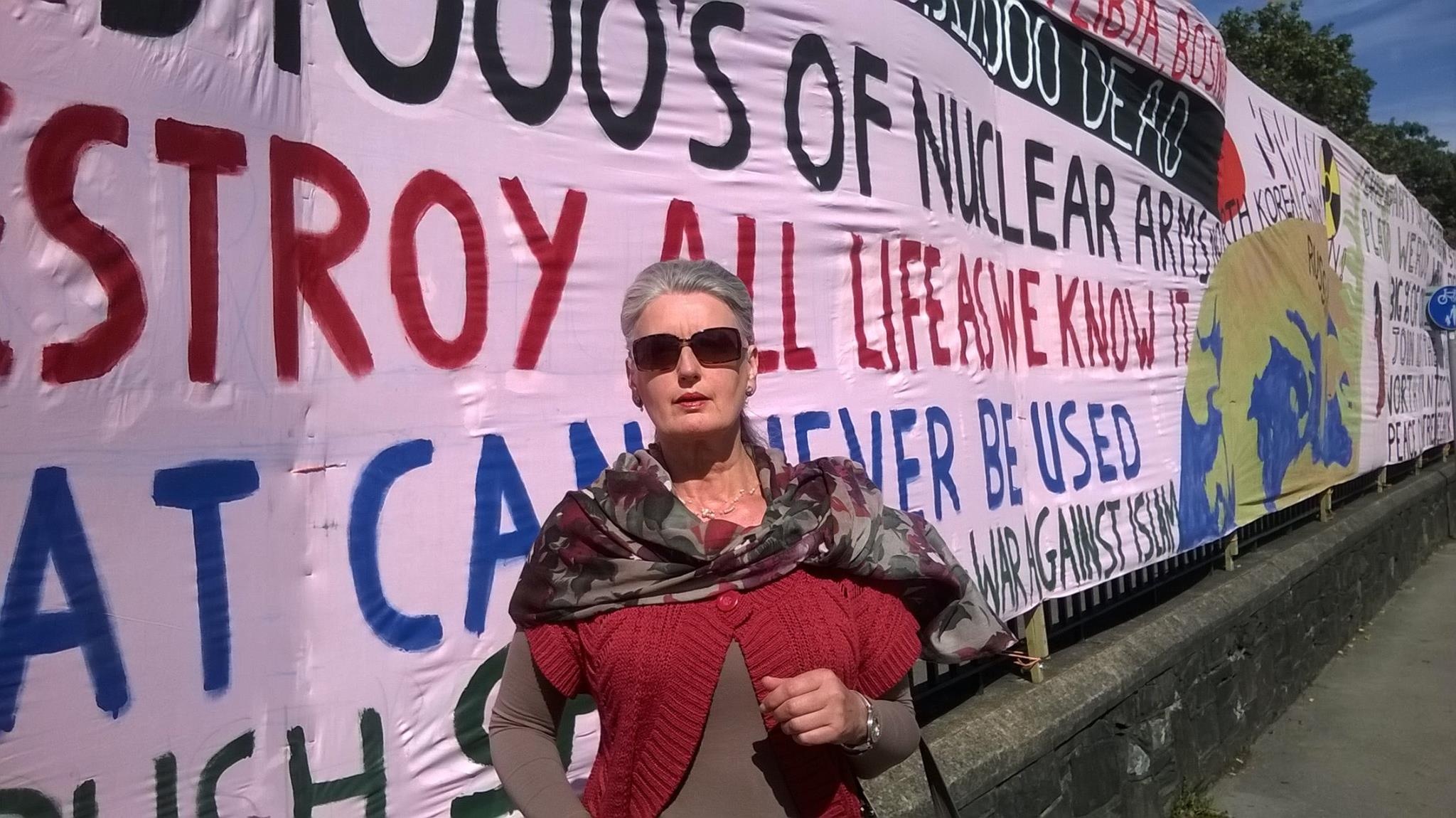 Protesters packed their bags last Friday in Wales. The NATO summit hadn’t ended yet, but the activists headed home nonetheless. There weren’t the numbers needed to sustain the camp.

It seems odd – anti-NATO demonstrations at an ebb at a time when the West is rallying for war, whether launching a new offensive in Iraq or considering intervention from Syria to Ukraine. The pro-Palestinian protests drew millions across Europe over the past two months. Often they were spontaneous, or conversely, organised by coalitions of NGOs and activist groups that have managed to hold on over the past few years – in the UK since the start of the Iraq war through Stop the War and significantly before then with the Campaign for Nuclear Disarmament.

The message of the No to NATO demonstrations was clear however – ‘No New Wars’. And it was a message the organisers were clearly scared of, with 9,500 police to a few hundred protesters in what has been deemed the largest security operation in the UK’s history.

The activists were dedicated, though. Nearly a thousand marched three and a half miles to the luxury Newport hotel that housed the conference. Only to be met by a huge mental ‘security fence’ that walled off the elites within from the citizens outside.

Wales Green Party leader Pippa Bartolotti attempted to ‘citizens’ arrest’ one of the delegates to the summit, and many other Greens were present, alongside people from across the progressive spectrum. Bartolotti also made the NATO protest, which she helped lead, a key plank of her speech at last weekend’s Autumn Green Party Conference.

But the small size of the demonstration – and its dominance by tiny revolutionary sects – points to the need for a more long-term political opposition to NATO. Green Parties can play a major role in this – sustaining the ideas of social movements at times of low activity through policy, campaigning and electoral work. Elected representatives can be tribunes for these issues in Parliaments and debating chambers, provided they are kept in check by members and the wider left.

The protests reflect the nature of social movements more generally – dynamic, at times, but unpredictable. We have gone from the enormous Battle of Seattle a decade ago to more of a thumb-war of Newport today. Though protests play a vital part in civil society, Green voices in the electoral sphere can give a voice to these without having to rely on sporadic upturns in anger. No one group can claim to represent the peace movement; after all, it has the potential to be one of the most diverse movements around, but at heart, Green Parties should be social movements – democratic and participatory bodies that engage in innovative ways for causes and principles ignored (or torn to shreds) by mainstream parties. Only then can we shout from both sides of the steel fence…

Josiah Mortimer is on the National Committee of the Young Greens of England and Wales and works for the Green European Foundation.