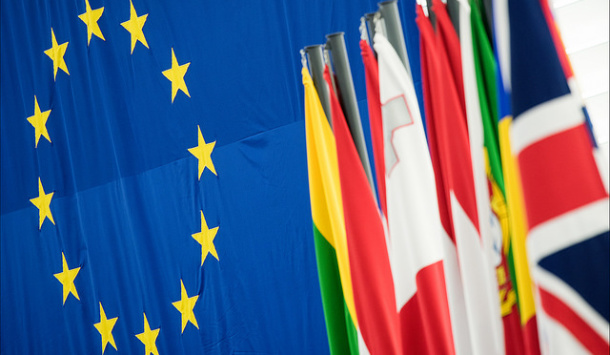 Today may be Europe Day, on which the European Union celebrates peace and unity in Europe, but both referendums reveal a rather Eurosceptic mood. A look at the somewhat strange history of EU-related referendums might help determine their relevance.

Thus far a total of forty-six referendums have taken place in the EU – in various forms and on various topics. Firstly, there is a crucial difference between mandatory and facultative referendums. For instance: the Irish national constitution requires a national referendum to be held prior to every constitutional amendment, as a result of which the government has held one before every new EU-treaty thus far. Meanwhile other countries only occasionally put the adoption of a treaty to a national vote. Usually, they simply don’t: none of the (non-Irish) member states held a referendum about the adoption of either the Treaty of Nice (2001) or Lisbon (2007).

Secondly, a distinction can be made between binding and advisory referendums. Though it may seem inevitable that governments sometimes ignore the outcomes of advisory referendums, remarkably some outcomes of binding referendums haven´t been taken seriously either. When in Ireland the majority of voters appeared to be against adoption of the Treaty of Nice, the government just tried again by holding a second referendum, hoping that this time inhabitants would make ´the right choice´. Luckily – at least for the government – the second outcome did favor the treaty, which meant it could be ratified in the end. The same thing happened with the double vote in Denmark on Maastricht and in Ireland on Lisbon.

Clearly, these cases show a certain irony to such referendums being “binding”. However, there certainly are examples when referendums have made a huge impact. Norway is still not a member state of the EU, for joining the EU was rejected in two referendums (both in 1972 and 1994). What’s more, Greenland, a Danish region which maintained particular caution about the impact of EU-policy on their rather strict fishing policy, actually left the EU in 1985, after 54% of the citizens voted against in 1982. The Aland Islands – a dependency belonging to Finland – did the exact opposite; they could easily access the EU after 73.6% voted in favour in 1994.

As for referendums about new treaties, amendments are frequently made when certain referendums have negative outcomes. When Denmark voted against Maastricht, they obtained four opt-outs and the subsidiary principle was removed. The terms were also slightly amended for Ireland when their referendum rejected Lisbon. The constitutional treaty of 2005 was the first situation which required ratification by all member states, evaporating the project after a majority voted against in both the Netherlands and France.

Since the first referendum in 1972 (in France, about the enlargement of the EEC) a shift has occurred in the way referendums are used, the most obvious being that the newest member states actually do hold referendums about membership. None of the six founding member states of the ECSC in 1952 and EEC and Euratom in 1957 held referendums – although this is partly because of the modest goals their political leaders had in mind for these organizations and the extension of powers of the EU over the years, which resulted in membership becoming a bigger change for citizens and therefore making it more necessary to involve them in the decision of joining.

Sometimes member states held referendums to legitimize their policy, while on other occasions they specifically did not because they feared the outcome. Accordingly, Denmark and Sweden were the only countries to hold a referendum on adopting the euro (the outcome being negative in both cases) while some other governments deliberately chose not to in order to avoid an undesired outcome.

The introduction of the concept of differentiated integration, which allows instances of EU policies to be applied differently to different member states, has led to referendums with more specific subjects than either joining the EU or adopting a treaty. Examples include the adoption of the euro and joining the Schengen Agreement (Switzerland in 2005), as well as the current Dutch referendum about Ukraine.

Returning to the topic of the Dutch referendum about Ukraine, there is a lot to say about the validity of its existence by comparing it to other EU-referendums in the past. The Ukraine-referendum was non-binding and would have been non-valid if the turnout threshold of 30% wasn’t met. The referendum was initially set up as a result of some fervent nationalists obtaining more than 300 thousand signatures through an app, thus allowing some politicians to eagerly use the outcome as legitimization of their own anti-EU policies. As a matter of fact, any message or policy was easily connected to the referendum, since many Dutch people voted for various (unrelated) reasons, partly because they couldn’t understand the 468 articles that the Agreement contains anyway.

This proves at least one clear advantage of the British referendum; there the question is unambiguous, the meaning is unambiguous, and so will be the outcome. It seems cruel to decide on other people’s future while portraying anti-EU moods, and at least the British aren’t asked to do this. Moreover, the British referendum could have serious consequences (the UK leaving the EU), whilst this was hardly a possibility in the Netherlands. If the Dutch government don’t accept the Ukraine Agreement (they will decide after the British referendum), it probably won’t lead to any big changes: the EU will be moving onward with the Agreement anyway – the Netherlands just won’t be allowed to have any input.

To summarise, the new phenomenon of holding referendums about specific matters (such as the Association Agreement between the EU and Ukraine) can in this context be seen as a way of covering up the ‘real’ question of whether the Netherlands should leave the EU or not. The United Kingdom are on the contrary not beating about the bush. What they do demonstrate though, is the tendency to involve citizens in EU-matters, which has become stronger over time. Still this might not be a positive development, since some matters are too complex for citizens to understand. Even though the sole existence of both referendums already tells a lot, we’ll have to await the outcome and consequences before we can definitely understand their specific place in the expanding list of EU-referendums.