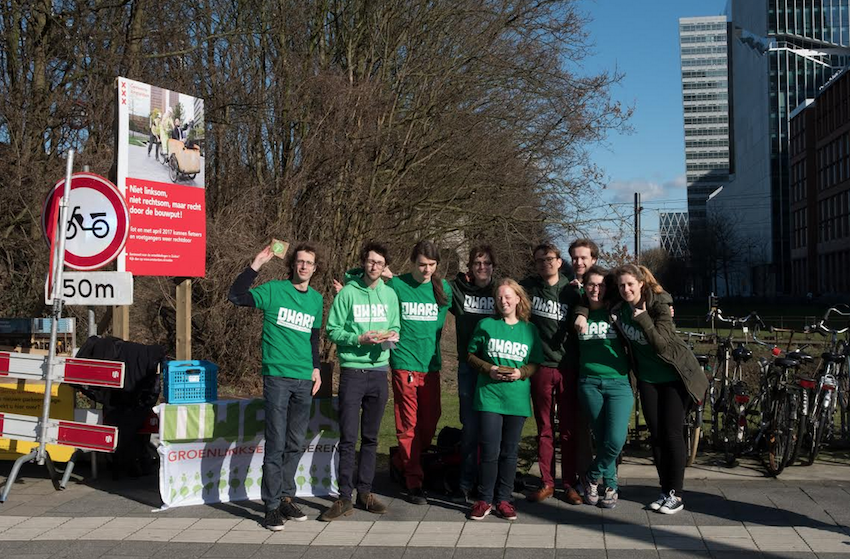 The article proved itself: the campaign is in crisis, because it’s only about the campaign itself. There’s talk about the lack of an “Asscher-effect”, getting a new leader didn’t do much for the prospects of the PvdA (labour party), and about polls in which the VVD (liberal party) is stuck at a marginal distance from the PVV. And of course, in his absence, everyone speaks about the absence of Geert Wilders.

Policy is not as mediagenetic as popularity, so it’s ignored. Even election debates, that really should be about views and opinions, get partly wasted on the question why the campaigning, and about the polls.

And once in awhile, there is a ‘counter voice’: an article or item doubting the polls. Brexit, the election of Donald Trump, time and time again they are mentioned to show that polls aren’t holy.

But, didn’t we know that already? Representative sample, error rate, polls influencing polls, we’ve heard it all. Voting strategically is a response to polls. Pessimism or optimism, maybe even Wilders’ idea to barely campaign ‘conventionally’, all based on virtual, hypothetical, numbers.

And then it turns out, according to the polls, that our blond xenophobic friend doesn’t even need the conventional campaigning circus to do well in the polls.

While the rest was debating, Geert Wilders drank a beer in Volendam. And his polls didn’t suffer from it. While the entire political establishment, the group Wilders says he wants to disassociate himself from, keeps pointing out that he doesn’t have any realistic plans. Which is true, and a big problem. But during election season his opposition doesn’t get much further than shouting their opinions either.