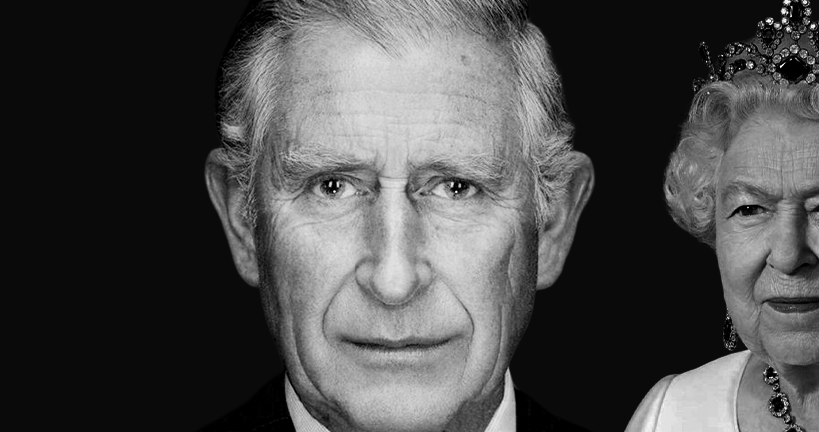 As the UK laid its longest serving monarch to rest last week, the royal family of Great Britain and the Commonwealth is again in the spotlight. In the context of an estimated 6.7 million people in the UK predicted to be living in energy poverty by October 2022, the pomp and circumstance of a royal funeral and coronation of King Charles III could not come at a worse time for the British monarchy. Coupled with multiple arrests of anti-monarchy protesters across the UK, the compatibility of an unelected head of state and a democratic society are increasingly being called into question. This transition of hereditary power in the UK is an opportunity for us to challenge the continuity of monarchical rule in the 21st century across Europe.

It seems that the more we see of the monarchy, the more we come to challenge its position in society. Prince Andrew, Duke of York and friend of convicted sex trafficker Jeffrey Epstein, has damaged the reputation of the British royal family continuously for over a decade. This year alone, Prince Andrew was forced to stop using the title ‘His Royal Highness’ and has been removed from public life for fear of exacerbating the damage already done to his, and by extension the monarchy’s, reputation. The British royal family are clearly attempting to draw attention away from themselves for fear that the scrutiny will only do them further damage. This begs the question; if we find more faults with our monarchies the closer we examine them, why do we still debate even maintaining them? If a monarchy must hide from public life to maintain its popular support, does it actually have any legitimacy to function in today’s society?

At its core, a monarchy is inherently undemocratic. Nobody elected a family to rule over a nation for hundreds of years. The British monarch supposedly exists in a solely symbolic capacity, and is expected to remain apolitical. The reality, however, is much different. Throughout her reign, the Queen used her political influence to lobby successive governments for policy amendments or exemptions for her own personal agenda. In contrast, demonstrators against the monarchy have been arrested in the UK for supposed ‘breach of the peace’ for simply holding signs which criticise the institution following the Queen’s death. Both have been achieved because of a lack of public awareness of the relevant political developments. Our rights to free speech and to protest are at the core of our democracies; yet they are being challenged in the name of a monarch that not a single person elected, with the facilitation of government and law enforcement who implement it.

Whilst Elizabeth II managed to subtly influence policy to her own will, she was able to do so because of a carefully crafted reputation of being politically neutral. The more outspoken Charles is reported to have called the government’s plans to deport refugees to Rwanda “appalling” earlier this year, and he is by far the most ardent environmentalist in the family, conflicting with the laissez-faire view of the current UK government towards climate change. Considering these obvious points of contention between himself and his government, he cannot hope to balance his duty as King with his personal politics, which will only serve to damage his personal credibility should his reign become a prolonged one. A head of state who cannot enact or even state their own political opinion is a useless one, and should not continue to function in Europe.

The imperial legacies which these monarchies carry to this day cannot, and should not, be ignored. Giving up British control of Hong Kong in 1997 is broadly considered to mark the end of the British Empire, an event which occurred four and a half decades after Queen Elizabeth II became head of state. Her rule was one which could have marked the clear end of imperial power over the former British Empire. Instead, it has highlighted how out of touch the monarchy remains from the rest of society. From the racist hiring practices of the royal household amid the civil rights movement, to accusations of continued racism after Meghan Markle married Prince Harry, Duke of Sussex; the royal family have never managed to quell allegations of institutional racism, borne of centuries of profiteering from the British Empire.

On a royal tour of the Caribbean in Spring 2022, the Prince and Princess of Wales visited multiple states which are (for now) part of the Commonwealth, the successor organisation of the British Empire. Upon arriving in Jamaica, the royals were met with protesters demanding reparations for imperial rule and independence from the British once and for all; a sentiment which was echoed by Jamaican Prime Minister Andrew Holness. Only a year after Barbados declared itself a Republic, the British royal family proves time and time how they remain removed from contemporary society, clinging to their former imperial ‘possessions’ whilst refusing to acknowledge the damage that the institution is responsible for. With New Zealand’s Prime Minister, Jacinda Ardern, stating that she believes that her nation will become a Republic ‘in her lifetime’ whilst in the UK for Queen Elizabeth II’s funeral, it is a clear indication that the institution is living so far in the past that it cannot truly hope to keep up with the society it is supposed to be representing.

This situation is not unique to Britain. In the Netherlands, multiple violations of coronavirus regulations have contributed to the Dutch monarchy’s support dropping to an all-time low of 56% earlier in 2022. In contrast, when King Willem-Alexander succeeded his mother in 2013, his approval rates were around 80%. In Spain, King Juan Carlos was forced to abdicate in 2014 after multiple scandals including a Swiss bank account in his name which held a $100 million donation from the Saudi royal family. Since he was succeeded by King Felipe, his popularity (and the monarch’s legitimacy) has never truly recovered. This has likely not been aided by his sister, Princess Cristina, becoming embroiled in an embezzlement case in 2017 which resulted in her husband being sentenced to six years in prison. When elected politicians make public embarrassments of themselves, we have the opportunity to remove them from power: with monarchies we do not. We are all entitled to our national traditions, but when these practices become outdated we are also entitled to bring them to an end. At what point will we accept that a monarchy too has become outdated and takes more than it gives to our societies?

As (parts of) Britain mourns the death of its monarch, questions are already being asked about the stability of the institution she has held together for the past seven decades. Now faced with the prospect of a new monarch, already in his seventies, one cannot help but question the viability of such an archaic institution. For many, they mourn a personal loss for Elizabeth II, and owe their loyalty to her rather than the monarchy as an institution. The reign of King Charles III is only beginning, but the stability of his reign is already being brought into question. Whether considering the British case in isolation, or as part of a wider trend of European monarchical backwardness, it is increasingly obvious that this institution should be left in the past. No unelected body should be able to wield such political power. If they will not give it up willingly, we have to take it from them.