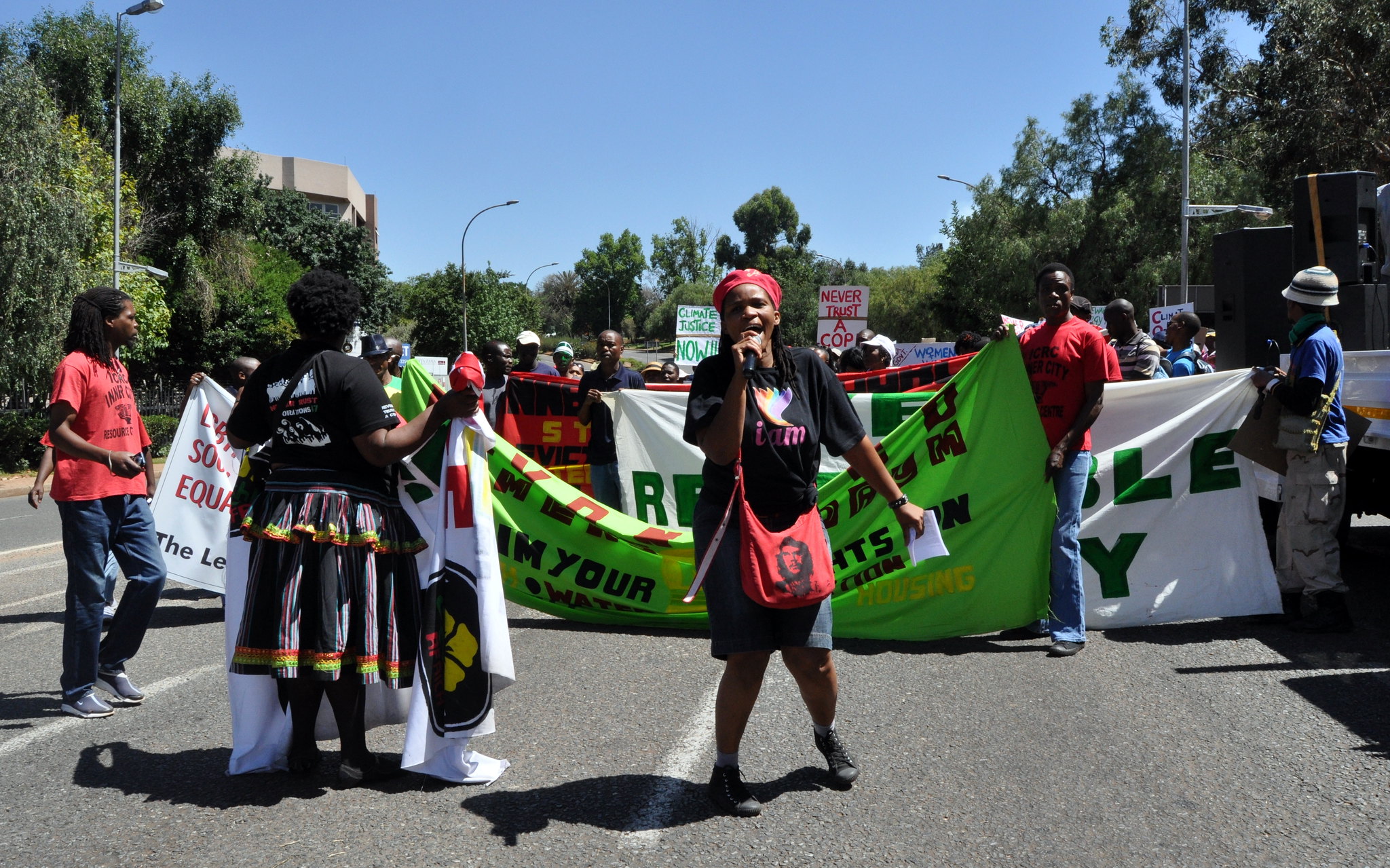 The climate crisis is a massively gender related topic, which needs to be seen and treated as such.

With the global Fridays for Future occupying streets to the millions in 2019, the climate crisis and the urgency to fight it, seem to finally have a steady place on the political agenda. Current politics are still far away from remaining in the carbon budget to meet the 1,5°-goal set in the Paris Agreement. To tackle the climate crisis, we need to see all of its intersections. Gender justice is one of these.

The effects of the climate crisis are not gender neutral1. Climate change does not affect everyone in the same way, its effects differentiate a lot depending on gender. Women and people of other genders, made vulnerable by societal structures, suffer from climate change more than men do.

Women are more likely to be killed in natural disasters2. They are more likely to be bound to their home, and less likely to be able to swim3. Women make up the vast majority of the world’s poorest population. With growing poverty, the disparity of the effects of climate change grows. Secondary effects of climate change, for example economic losses disproportionately affect women. They make up around 80 percent of all climate refugees4. At the same time women’s physical and economic mobility is reduced by patriarchal structures. The climate crisis is threatening women’s welfare and equality. Patriarchy reduces women’s chances of surviving in a world affected by climate change. This is particularly true in the global South, where women’s smallholder farms are more exposed to climate change5.

Women from a low economic standing suffer from climate change the most, yet they have the least opportunities to change existing policies. Patriarchy does not just put women on the front line of climate change, it also diminishes their chances to influence politics and economics. A gender unjust society, therefore, burdens women on multiple levels.

At the same time women contribute less to the causes of climate change than men. For example, they eat less meat and use less energy than men for their mobility and by this produce less CO2-emissions6.

Yet, gender justice seems to be absent from most public debates and approaches on climate change. This needs to change fast. Gender relations of climate change have to break through the borders of scientific research and become public knowledge.

Women must finally be heard in environmental research and politics. At the moment, they are excluded from processes and structures, and the decisions are being made mostly by white men. To quote Ruth Bader-Ginsburg: “Women belong in all places where decisions are being made.” This should be the case everywhere but is especially important for topics as gender related as climate change. We have to finally put androcentrism, which is the habit to place the male experience and viewpoint at the center, where it belongs – the trash can.

Right now, only around 25 percent of the world’s parliamentarians are women and 40,4 percent of the Members of the European Parliament are women. France, Austria and the Netherlands are equally represented by women and men. Only Sweden and Finland are currently represented by more women than men in the European Parliament. That is even though there is scientific evidence that women substantially improve decision-making processes and are crucial to fighting the climate crisis7. For example, women respond better to the specific needs and situations of citizens than men do.

The interdependence of climate and gender justice needs to be publicly recognized. Awareness is a first step, but it is not enough: what we need is a fundamental transformation. Women and other genders need their fair share in politics, economy and other decision-making processes. They need equal access to these positions and processes as well as the financial and personal resources to be able to take part in them. Representation and diversity are inevitable for green politics.

We cannot fight the climate crisis without simultaneously fighting the patriarchy. There is no climate justice without gender justice.

Anouk is spokesperson of the young greens in Heidelberg, Germany. She is currently finishing her law studies and working on being accepted as a PhD student in criminal law. She is passionate about feminism, domestic politics and antifascism.