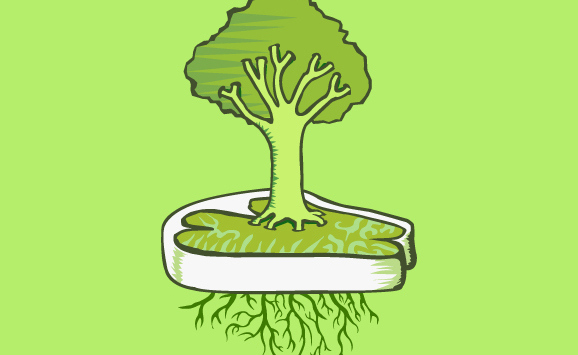 How do people, who consume meat or abstain from eating meat, see their habits and how do their habits influence them?

In May 2015 the Food Systems & Animal Rights Working Group of the Federation of Young European Greens (FYEG) conducted a survey on the consumption of meat. The survey aimed to provide a clearer picture of the proportion of people who consume meat, why this is so, and how people relate to animals.

In this article, we will describe and evaluate the results as well as contribute to the debate on meat consumption.
223 people took part in the survey 67% of which were women, 31% men and 2% identified as other genders. Approximately 170 people are between 9 and 29 years old, while just 54 people were older than 29.

66 % of the people who participated live in a city, 14 percent live in a large town, 7 percent are residents of a small town and 13 percent live in small villages. Most of the participants live in Italy, Greece, Belgium and Germany.
The reason for this could be that most of the WG members live in these countries and therefore a lot of their friends took part in the survey. Moreover, people from a wide spectrum of professions participated and expressed their opinions. More than 50% of the participants are students or teachers. This could be explained by the fact that most of the WG members are either students or teachers.

125 out of 223 people who took part in the survey eat meat, whereas 98 do not. Most vegetarians who took part in the survey are women, just 23 % of men are non-meat-eaters.
95 % of participants responded when specifically asked that eating meat is not connoted with being male. Just 5% of men and women think that eating meat is manly. Commenting on the results of this question we conclude that this is a positive result since the majority of people have stopped using the sexist stereotype that men need to eat meat by all means or need more meat than other genders.
Just 10 % of the people stated that men need to eat more meat than other genders.

The majority of the meat eaters (80%) stated to consume all kinds of meat. 10% said they consume only red meat and the remaining 10% are almost equally distributed between white meat, sea fish and freshwater fish.
When the same people were asked why they eat meat 37% answered they like the taste and texture of meat, 21% said that eating meat is part of a healthy diet necessary to meet all nutritional needs, 14% said this is what they’ve become used to eat, 10% stated this is how they were brought up and another 10% answered, because this is something humans naturally do. 4% of respondents said they do not cook for themselves and at the same time it’s difficult to find vegetarian cuisine where they live, 2% because it’s fast and easy to cook and finally 2% because they are allergic to some other types of food. As expected, the results of the survey indicate that eating meat is considered to be very closely linked to “human nature”, part of their habits, and what is more ; too yummy to resist!
51 out of the 125 meat consumers reportedly eat meat 1-3 times a week, 28 people 4-6 times a week, 22 people 2-3 times a month, 13 daily, 6 only on special occasions such as weddings, Christmas etc. and 5 less than once a month. It’s comforting to see that the vast majority of the sampled people do not overdo it with their meat consumption! This reaffirms our previously stated hypothesis: People who are sensitized to animal rights, nutrition and meat consumption chose to take part in this survey.
51% of our sample said that they would never consider following a vegetarian/vegan diet and 49% said they would. But each one for their own reasons, which include a variety of health, ethical, environmental, social and practical issues. Again, it’s quite surprising that almost ½ of our meat-consumers sample would actually “convert into vegetarianism or veganism” if they needed to or if they had the chance to!

In the third part of our questionnaire we asked people who state they do eat meat and fish about their habits and other factors that could influence their consumption of meat. In brief the situation is very satisfying, as nearly all of the people who answered this part of the questionnaire have an understanding of the current situation and are sensitive to the topic.
89% of the people who answered the question whether they consider themselves as animal-lovers or not, answered with yes.
37% of the people think that humans are superior to animals, but that we should still treat them respectfully, while 62% think that humans and animals have the same value, so they should be treated respectfully/ the same.
The fact that 89% of the people in our survey have watched documentaries, read articles or attended lectures about animals in captivity (zoos, industrial farming, slaughter houses etc.) and 85% were affected by what they learned, displays that our survey only reached people sensitive to this topic. However, it could also indicate that society in general is very aware of our particular topic.

102 out of the 125 people think that animals have emotions, 22 think that only some animals have emotions and one person thinks animals don’t have emotions at all.
57% would be able to kill an animal themselves in order to eat it and 43% would not.
Another very satisfying result was that 53% of people taking part consider eating organic meat as important to them while only 9% said that it is not important to them. The others in the survey said that eating organic meat is somehow important to them. Additionally, some people indicated their doubts on the credibility of the certificates and others named price as an issue that makes consuming organic meat a somehow difficult thing for them.
Even though many people taking part in the survey in general seem to be very sensitive to the topic, they could name many reasonable arguments for the vegetarian and vegan movement to be unpopular among carnivores. The reason, which was stated most frequently was that vegetarians and vegans often try to preach too much. Their behavior often is offensive for carnivores. Unfortunately, vegetarian or vegans do not support the actions that they have already taken by showing them alternatives to the consumption of meat and fish, e.g. through recipes. Furthermore, many people argue that vegetarians and vegans are often intolerant of people, who eat meat and do not show any understanding for them.

On the other hand, we asked people who have already adopted a plant based diet what, if any, would be the reason to make them reconsider their dietary habits towards the consumption of meat. Half of them were absolutely positive that there is nothing that would change their minds and push them towards meat consumption. 26 % of them would reconsider eating meat in case of health problems, 15 % of them would probably consume meat in case of moving somewhere, where eating plant based diet would be impossible, 5 % would do so because of the social pressure and 4 % because of other reasons. It is quite interesting that some veggies claim to be constantly questioning their dietary habits.
From the 98 people who already have adopted a vegetarian / vegan diet in our survey, 28 % abstain from eating meat on ethical grounds. The second most given answer is animal rights (27%), and the third, environmental sustainability (25 %). Only a minority abstains from eating meat because of the distrust of the food system (10%).
5% of them doesn’t like the taste of meat and only 1 % was brought up in a vegetarian / vegan way. 4 % named other reasons for not eating meat, such as decreasing global effects by abstaining from meat consumption, antibiotics, third world problems and so on.

Furthermore, we were interested in whom or what influenced their decision to abstain from meat. The majority of vegetarians/vegans (66%) answered that they did personal research on the internet which lead to vegetarianism/veganism. That means that informing people via the internet is an effective way to change attitudes and people’s behavior. Only 18 % of vegetarians/vegans abstain from eating meat because of the influence of their social environment/family. Even less, 7%, was influenced to do so because of meeting activists and 9 % because of other reasons such as personal experiences, connection to animals in their youth, TV documentaries, children books and so on. In the last question we wanted to find out if social environment has been supportive of their decision to abstain from eating meat. 49% of the vegetarians/vegans feel that some people from their social environment have been supportive and others not. 39% of the vegans/vegetarians answered that their social environment has been.