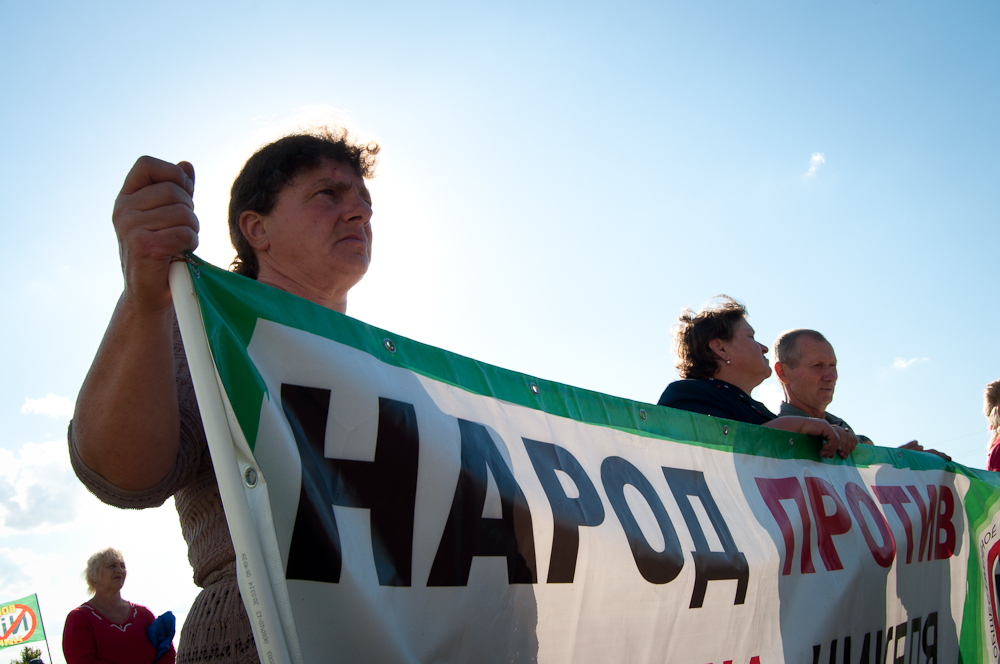 The associate of Alstom Holdings and a Russian criminal enterprises win a tender worth 3 billion euro (€3 bn) in Moscow, Russia.

At the end of February 2014 the Russian Public Procurement website released information that a consortium of Metrowagonmash OAO (Open Joint Stock Company) and Transholdleasing ZAO (LTD.), both operating as a subsidiary of Transmashholding ZAO, have been awarded a RUB 143.955 billion (approximately EUR 2.925 billion) contract to deliver new cars for the Moscow Metro for the 2014-2017 period. The contract also includes an entire life cycle maintenance agreement.

The fact is that the tender’s competitive companies were subsidiaries of Transmashholding ZAO only. Among them are OAO Oktyabrsky Electric Railway Car Repair Plant, OAO Tver Carriage Works and ZAO FLK-Transmashleasing.

The Federal Antimonopoly Service of Russia (FAS) made no official comments yet. Is it because Transmashholding ZAO is a well-respected company with national contracts? Or is it because the company per se is the only supplier of cars for the Moscow Metro? Another key player is the multinational French company Alstom with an interest in 25 per cent of shares in Transmashholding ZAO.

The local government, namely the Moscow Department of Transport and Infrastructure, launched a call for the Moscow Metro competitive tendering. It seems that authority enforcement officers ignore that fact that Transmashholding ZAO might be colluding with this government department. The head of the Department, Maxim Liksutov, is a former official shareholder of Transmashholding ZAO. In May 2012 he claimed he sold 100 per cent of his shares to Iskander Makhmudov and Andrei Bokarev.

Nevertheless some analysts think that M. Liksutov didn’t distance himself from the company. According to the Head of the Anti-Corruption Foundation, Alexei Navalny, Aeroexpress CEO, Alexey Krivoruchko, through Cyprus offshore companies which today manage Mr. Liksutov’s former assets.
Since 2007 the only owner of Transmashholding ZAO is Dutch the Breakers Investments B.V. As mentioned earlier, Alstom and Russian Railways OAO are among its shareholders. Both companies own 25 per cent of shares. The rest, 50 per cent of shares, belong to five Cyprus offshore companies. In April 2013 an information leak from the British Virgin Islands, the world’s leading offshore heaven, exposes Mr. Liksutov as the co-owner of SERMOLENT EQUITIES INC.. This company owns 12.8 per cent of shares in each of three listed Cyprus offshore companies. This data can be found under the following link.

Co-owners of The Breakers Investments B.V., controlling Transmashholding ZAO, Iskander Makhmudov and Andrei Bokarev, are majority shareholders of the Ural Mining and Metallurgical Company (UGMK) OAO. The company got a bad reputation after aggressive suppressions of public protests against nickel and copper mining in Voronezh region, Central Russia. Some environmental activists, taken part in the protests, face criminal damage charge. The case is being investigated by Oleg Silchenko, known as the lead investigator in the case against Sergei Magnitsky.

At first in the year 2008, when a former Russian-Uzbek criminal, Michael Cherney, took on his former business partner, the Russian billionaire, Oleg Deripaska, in the High Court in London. There it was revealed that Mr. Makhmudov has been a business partner of Mr. Cherney since 1992.
At second in the context of his business activities with Mr. Deripaska and Mr. Cherney, when a Spanish based company Vera Metallurgica, owned by Mr. Makhmudov, was accused of money laundering. In the year 2001 this case was redirected to the Russian Prosecutor General’s Office, since then there is no official information about it. The case is being investigated by the Investigation Department of the Ministry of Internal Affairs of Russia, the same department involved to the case of environmental activists against Makhmudov’s company UGMK in Voronezh Region.

Last but not least, is the Alston’s Board of Directors aware with what sort of companies and organisations they manage a lucrative business in Russia? Are there any European anti-corruption organisations that can tackle and take an action on shady business dealings in which the well respected French company involved? Or are European companies supporting current Russia’s aggressive politics by fishing in its troubled waters too?