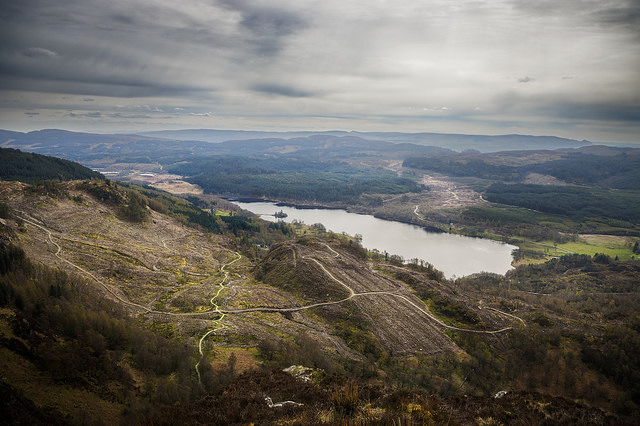 Tropical countries lie at the nexus of two opposing forces, which affects their socio-economic and environmental sustainability: land clearing forces and conservation-restoration forces. Currently, stronger economic forces, compared to conservation-restoration, drive unsustainability in tropical regions. As a result, important ecosystem services for human wellbeing and the health of ecosystems are being diminished. What combination of socio-economic, governance and environmental factors is enhancing this ‘unbalanced’ scenario? This article argues that strengthening local governance and valuing other than economic values over natural capital is essential for the sustainability of tropical regions.

The importance of rainforest ecosystem services for our wellbeing

Rainforests are of vital importance for our society. Rainforest ecosystem services (ES) are the benefits that humankind obtains from rainforests, both directly and indirectly. For instance, food production, carbon sequestration – which helps mitigate climate change –, soil erosion control – reduces soil degradation and agricultural production –, flood regulation and cultural services – including aesthetic and spiritual – are important ES delivered by rainforests at the regional, national and global levels.

Besides this being a complex issue with multiple answers – since socio-cultural, economic, political and environmental contexts differ from place to place –, a characteristic aspect that is shared by most tropical regions is the presence of strong market-driven economic-development forces and weak conservation governance. This fact creates scenarios where land clearing for agriculture is prioritized over land protection.

The following arguments provide a general picture of what could be causing such unbalanced (win-lose) economic-conservation scenario in tropical regions:

(1) Funding for development is usually much higher than for conservation. For instance, the leaders of the G20 nations gave a huge boost to economic development by promising to invest 60-70 trillion U.S. dollars on new infrastructure projects by the year 2030. There is no such investment for conservation, especially in developing countries, where most tropical regions are located.

(2) Profit-seeking businesses are generally given priority over conservation programmes in tropical countries. Brazil stands out in this respect, having one of the fastest increases in agricultural productivity in South America (together with Venezuela, Peru and Colombia), and countries in Southeast Asia, such as Indonesia, where palm oil plantations are increasingly being expanded.

(5) Creating new protected areas through biodiversity offsetting should be considered as a valid action only when biodiversity benefits are additional to a (sustainable) baseline scenario. Thus, using unsustainable BAU scenarios as baseline contexts will not diminish future threats to biodiversity.

(6) Public biodiversity discourses, rather than enhancing pro-conservation community sentiments, could be diminishing them. This concept is based on the idea that society associates increases in protected areas with increasing pro-conservation community sentiments, thus leading to a public perception that more biodiversity is being protected, and thereby reducing public discourse about the risks of biodiversity loss elsewhere. For instance, the creation of new rainforest protected areas in the Wet Tropics of Queensland (Australia) – which currently shows positive results for different environmental indicators – could be weakening protection forces elsewhere in Australia, especially in Queensland – where only 7.92% of land is currently protected (far below the 17% stated in the Aichi Biodiversity Target 11).

The importance of local governance and non-economic values

These arguments are helpful to provide a general picture of what is driving unsustainability in tropical areas. However, considering these to be complex and dynamic systems, deciding which particular combination of factors is specifically driving environmental sustainability in all tropical regions overall is an impossible mission. Thus, each geographic context will need to explore alternative sustainable systems, based on their own local and regional socio-cultural, political, economic and environmental contexts. Moreover, finding solutions in the tropics will be even more complex than in other social-ecological systems, where land tenure and governance are not clearly defined, biodiversity and conservation values are heterogeneous across the landscape, and business models normally enhance land intensification and clearing over conservation.

Finally, besides seeking win-win economic-conservation scenarios for each particular region, there is also a need to value the natural capital not only regarding its potential economic value – but also based on the cultural, social and further values attached to it. In fact, (tropical) ecosystems deliver vital ES for our wellbeing that, if sustainably managed, would also provide economic benefits in the long-term. Hence, decisions at the policy-making level should not be solely based on seeking economic profits from selling or clearing pieces of tropical land (e.g. for agricultural production), but also on considering other non-economic values that humans derive from the tropical natural capital.
Julen González Redín 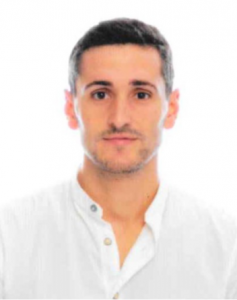 Julen is a highly self-motivated professional in Environmental Sciences and Sustainable Development arenas. He holds a PhD in Sustainable Development and Natural Capital, as well as few years of professional experience in different areas within the environmental sector. Julen is passionate about the environment under an interdisciplinary perspective, and his main goal is to contribute towards answering one challenging, yet essential question: what hinders sustainable development under the current socio-economic system?