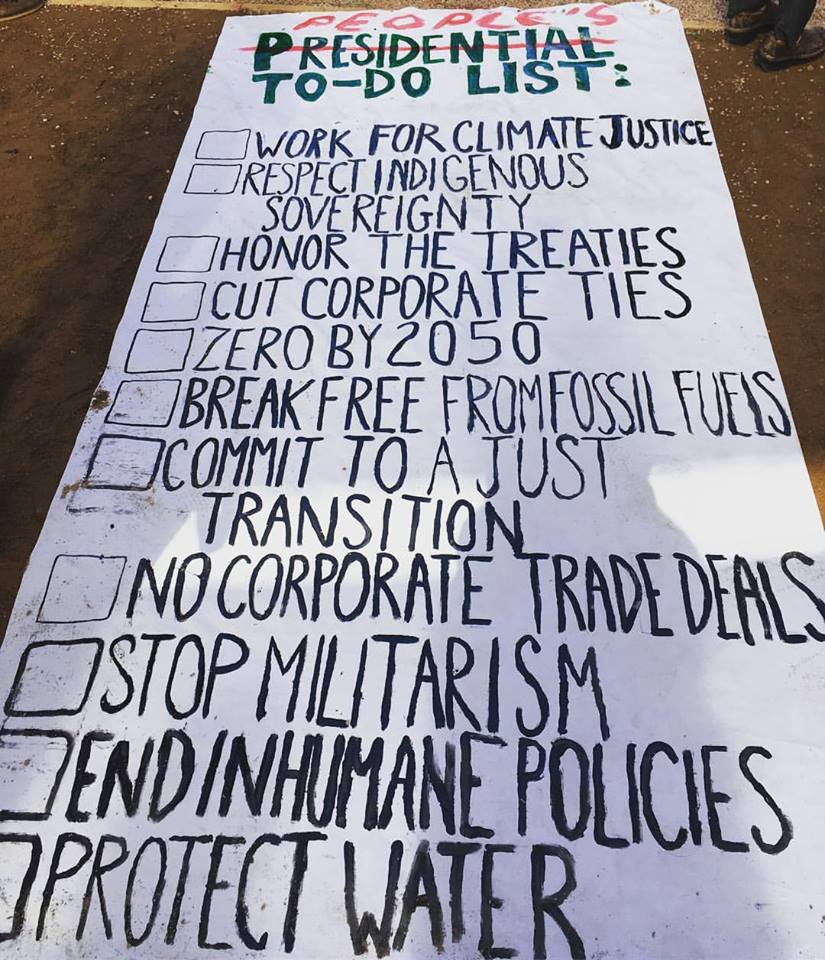 Actually, this should have been an article about expectations for this year’s UN Climate Talks after a few days of negotiations.  It was prepared for the election of Hillary Clinton as 45th President of United States. But then Donald Trump was elected – a sexist, a racist, a homophobe. And when it comes to science: a climate denier as well.

Wednesday morning at COP 22 was a shocking morning: The US elected a person, who will be the first Head of State denying the climate crisis and therewith basic science. Trump wants to build Keystone XL. And he wants to withdraw from the Paris Agreement.

The floors were on Wednesday morning  full of speculations what will happen next. Many fear a total meltdown for the fragile construct of international climate politics. A delegate from the delegation of an African state said: “If you lose the Americans, you lose the Chinese, and that’s it.”

That might happen in the long-term. But for the negotiations ongoing right now the effect is not predictable. First, Trump’s inauguration will happen in January. The Obama administration is therefore still responsible for the actions of the US in the negotiations. It is possible that the delegation now keeps their mandate with regards to ambition very short (which would lead to a deadlock in different discussions) or very broad (which could lead to a short rise of ambition).

However, Article 28 also says that a country withdrawing from the UNFCCC (the body under which the UN Climate Talks are being held) automatically withdraws from the Paris Agreement. A withdrawal from the UNFCCC can happen within a year. If this would happen it would be a major blow to the international, still under-ambitious, efforts to limit global warming to 1.5°C or 2.0°C.

Another blow is another strategy a Trump administration could try: Ignoring the Paris Agreement. He wants to scrap the Clean Power Plan, build Keystone XL, push coal etc. The long-term effects of Trump and his planned environmental policies undermine global efforts on every level.

But in every crisis there is also a chance: Many negotiators said it is too early to worry about Trump. If Trump dismisses his responsibility, other countries have to step in and to do more. This is a challenge, but it is possible.