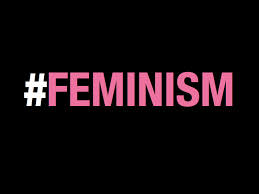 The interest of mine to write something and share my ideas and thoughts about this topic appeared after a Facebook discussion. The headline of the link we started to discuss was “Feminists are not responsible for educating men”. I may be a bit radical and some of you may not share the same thoughts with me, but I am not pushing and neither is it something that should be mandatory to read. So in some point if you will feel you don’t agree please write me explaining your point of view or skip this article and don’t get angry.

As I mentioned in my comments in Facebook, there is literally no such kind of thing called “You are responsible and I am not”. We lived 21+ centuries NOT being responsible for anything. Saying that someone or some group of people are not responsible for something or someone is a quite annoying and terrifying mistake, an ILLUSION we used to live with our whole lives. It is the same as to say “I have nothing to do with it as long as it does not touch me”, or saying that you do support sexual, religious and other minorities by not beating them. Trust me, there are tones of examples like this, and none of them looks exciting. It is fucking time to understand that each of us has a responsibility on everything going on in this planet no matter if it is a war in Ukraine and you live in South Africa, or a refugee problem in Europe and you live in Australia. Climate change, deforestation, gender inequality and all other poisonous and discriminative things going on, have to be prevented by all of us. And teaching is one of the main (if not THE main) tools to fight these things.

I did a small research writing this article and this is the second thing I would kindly ask you to pay attention to. I live in Armenia, and I typed “feminism” in Armenian language in Google. There were for sure a lot of useful information on this topic, but the third one from the top was about how bad feminism is. The Armenian web was also full of the thing called “Armenian type of feminism”, which mostly says “Women and men are equal, but women have to be virgins when they marry”.

Now let’s imagine I don’t speak neither English, nor any other language, and none of the feminism movement wants to talk to me and explain what is it about. What would I do? I would type it in Google, and for sure would read the articles that are most common to my society, the ones that are not arguing and disturbing my beliefs. And because, we do live in a society where discrimination of women is a normal thing, and would start hating this movement only because society doesn’t appreciate it as well. This is quite important point for myself, because I used to be one of those persons described above, and understood everything, only because of my wonderful feminist friends who spent time, nerves and energy to turn me to the right path. Plus to this, I had a wonderful opportunities to participate a great event full of feminists. As a result, I started to promote feminism, more and more. The one who thought before that feminism is a movement which wants to put females over males understood the real point of it and agreed with me in the end.

But what about the people who will never have a chance like I did?

You see, especially with feminism, which is the least appreciated and one of the strongest fights all around the world, I see no point of being a feminist and just posting on Facebook how you feel good or bad on this or that issues. This for sure has an impact, but in a few years we are going to end up with some X number of people, who we all will know, so in the end we will turn into a movement for a people who do support your movement only.

From my perspectives, and experience, you fail the movement when you don’t spent time talking and educating other people, this is basically how you involve and CHANGE people. We all say that CHANGE is the thing we are fighting for, but there is no CHANGE unless people are not CHANGED. The only way to CHANGE people is to talk to them, tell the things they don’t know. And if you are not responsible then who is?