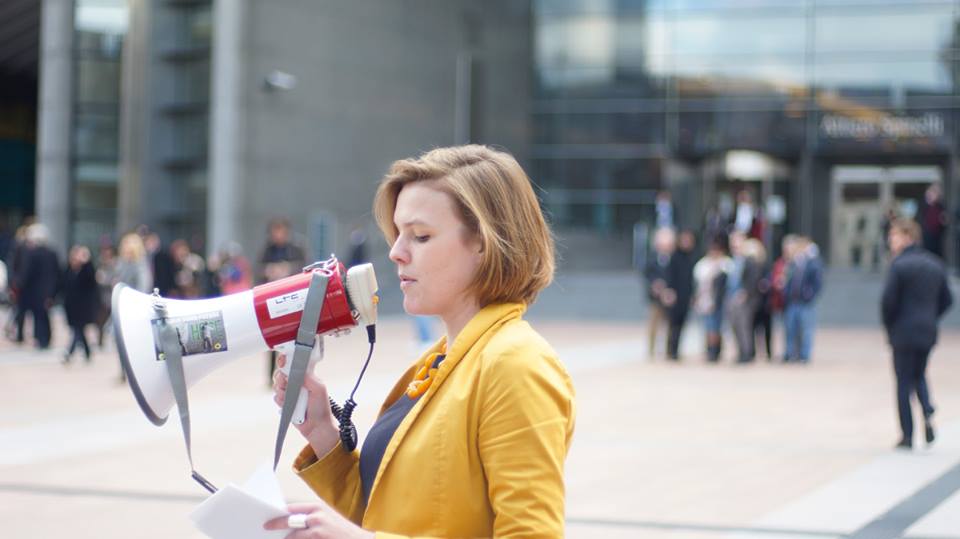 Fuck gender – be yourself… was one of the major demands in the queer-feminist manifesto of Grüne Jugend. We claimed that we want to live in a society where gender does not matter anymore. Where “Is it a girl or a boy?” is not the first question when a child is born. Where we have left behind the automatic assumption that women desire men and men women. Where people can live freely in a continuum of genders, sexual identities and orientations and are not being looked at as freaks.

So, no gender anymore?

Indeed, we want to overcome the strict binary gender system. Still we are asking for gender mainstreaming, for gender budgeting, for women’s quotas and gender equality.

Are we confused? Or have we changed our minds?

The story is a little bit more complex. We cannot just blink our eyes, and patriarchy and the binary gender system will be gone. Even if we believe that gender is nothing biological, but a category that is being constructed politically and culturally, we need to face the gendered reality that we are living in. Every day in the pictures we look at, in the language we speak, even in our own names.

My name is Terry. Well, the name that is written in my ID is Theresa. The name that the church has attached to me is Theresa Maria. Could you think of a name where more female gender stereotypes come up in your mind than “Theresa Maria”?

But my name is Terry. It is my name because it is short, precise, friendly and understandable. And most importantly: It is a queer-feminist name. It is a name that creates trouble. It is a name that does not have a clear gender identity. And that’s what I like about this name.

Gender is still a powerful category that is defining our lives in many ways: The way we love, the way we work, the way we think. From early childhood on we learn gender roles. The norms and conventions in society drive us in order to behave in a certain way.

I enjoy moments of my personal “gender trouble”. Short moments in which people do not have a gendered (or maybe a non-fitting gender) image inside their heads when they communicate with me. When they write me emails (“Sehr geehrter Herr Reintke”, “Lieber Terry”), when they see me (“Oh, you are a woman”)…

Women (or better to say: humans socialised as “female”) are still much more likely to experience sexualised violence in their lives, women are earning considerably less money for the same work and women are very much underrepresented in politics, in academia and economy. In order to change this we need to first make it visible: That is why we need gender mainstreaming and gender budgeting. The second step is to find efficient instruments to change this inequality: That is why we are supporting women’s quotas, equal pay legislation and programmes against specifically violence against women. The next step would of course be – especially once we have successfully defeated the discrimination against women – to overcome gender stereotypes again.

If we fight for an emancipated society, we need to do both: Fight against the gender binary system and heteronormativity, but at the same time use the existing categories that are creating inequality in order to make them visible and to fight against them.

This might be long-term strategy, but we have a clear vision of a society without discrimination and oppression…and that’s worth fighting for!