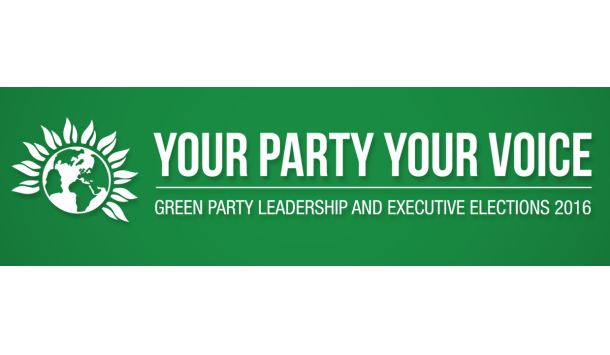 Voting is now open for the election of the Summer. And no, it’s not for the next Labour leader.

The Greens are currently deciding who will take over from Natalie Bennett after two terms in office. After a month of – it has to be said, relatively low-profile – campaigning, the 65,000-odd Green Party members will pick who will lead the party in the most unstable period British politics has seen in decades.

The low-level (and good natured) state of the Green race is not for lack of candidates – there are seven potential victors, or six leadership ‘options’, with Lambeth’s Jonathan Bartley and Brighton-based Caroline Lucas MP running on a joint ticket.

So, who are the candidates? In reverse alphabetical order…

In what is an interesting mix of candidates, Warin, 29, is a relative outsider to many Green members. Warin describes himself as an ‘eco-socialist’ – appealing to the Green Left faction of the party and those who joined more out of the lack of a prominent socialist party in the UK than perhaps other factors. As a young person and a serving parish councillor in Easington (County Durham), Warin may have appeal to left-wing activists outside London – however his presence has been largely lacking from the campaign.

Williams joins the ‘councillor bloc’ of candidates, having represented the Greens on Oxfordshire County Council since 2013. Williams, who is in his sixties, has been active in politics for 40 years, previously being a prominent Labour Party member (interestingly, he helped to draft Labour’s 1983 manifesto). Williams stood for Labour in Rochdale in 1992, coming within around 2,000 votes of winning. He is focused on the need for Green leadership post-Brexit, and is pitching as the ‘experienced’ candidate who can appeal to Labour voters.

Malone, an independent film-maker based in Yorkshire, is arguably running as the ‘knowledgeable’ candidate, with a strong focus on economics, science and finance. Aged 54, Malone stood in the General Election for Scarborough and Whitby, coming fourth with 4.6% of the vote. He has written about the financial crisis, and told me last week that ‘If we wish to be electable then people must stop thinking we are nice people who save whales’ – i.e. that the Greens need to be clued-up on economics. He is likely to win the support of many not backing the Bartley-Lucas ticket, and is likely to come in the top three.

Clive Lord is the most well-known of the ‘non-Caroline’ candidates, in the Greens – and in the wider ‘green movement’ – as the co-founder of the PEOPLE Party in 1973, the (very distant) forerunner to today’s Green Party. Now in his 80s, Lord sits firmly on the ‘deep Green’ wing of the party – the traditional environmentalist section – that has been somewhat left behind following the ‘Green surge’ of young, left-wing members over the past two years, as well as the broader Lucas/Bennett-led shift to the left which we have witnessed since 2008. Lord is strongly focused on securing a Universal Basic Income – otherwise known as a Citizens’ Income – and, of course, tackling the climate crisis, arguing ‘our message need not be “The end of the world is at hand”, but “The end of the world need not be at hand”‘. Lord also suggested ‘A Recession can be Fun’ as an early slogan. Lord’s vote share will be a litmus test on how much the Greens have changed over the past decade.

Southend-based Cross is standing as the ‘grassroots candidate’, in the face of what some feared would be a Bartley/Lucas dominated contest. Cross describes himself as ‘straight-talking and a listener’, and stood for the Greens in 2015 for the Rochford and Southend East Constituency, securing his deposit with 5% of the vote. Originally from Sheffield, works in ethical sales and prioritises securing electoral reform and increasing diversity within the party: ‘Those left behind must know that a Green voice is their voice’. But Cross will be competing with Lord for the traditional Green vote – ‘Our key platforms must be the environment and climate change’, he says.

Finally, we come to the joint ticket. Little needs to be said of the latter, who has been MP for Brighton Pavilion since 2010 and led the party between 2008 and 2012. Lucas is the only female candidate in what is a very male-dominated race, which could add to her appeal, while Lambeth-based Bartley is the founder of the progressive Christian think tank Ekklesia, standing down as Co-Director this year to run for leader of the party.

Their campaign has undoubtedly been the most prominent, using the high profile of both to great advantage. While this initially sparked concerns that the election could turn out to be a mere ‘coronation‘, the relatively wide field suggests this isn’t the case – although, admittedly, few come close to the popularity and visibility of this joint ticket.

Anything could happen though – don’t underestimate Greens’ love of an underdog.

Voting closes on the 25th August, so there’s still a month to go of voting. Given the low turnout for leadership elections (under 3,000 people voted in 2014, albeit with a smaller membership at the time), every vote is going to count. Watch this space.

Josiah Mortimer is a writer and Green Party member based in London. Follow him on Twitter @josiahmortimer.