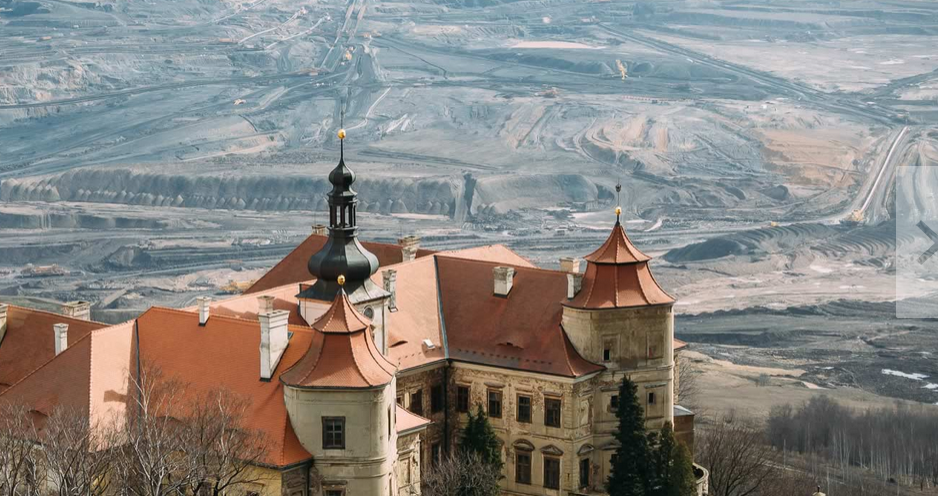 By Morgan Henley, Member of the Executive Committee of the Czech Young Greens

Imagine you live in Horní Jiřetín, a town of around 2500 people in northern Czech Republic that is set to be destroyed if the Czech government decides to remove its current limits on coal mining. The town sits upon reserves of lignite coal, similarly to many places in the region. Would I count on having a home in ten years? If I decided to move away, would I be able to sell my house for anything? Could I find a new job somewhere else? Where would my neighbors go?

While wondering about this, it hit me, I actually do know what it is like to be unsure of what will happen to my home. My family’s home is in Jacksonville, Florida, and it stands at risk of being wiped out as well. Not because it sits on top of coal deposits like Horní Jiřetín, but because it is twelve kilometers from the Atlantic Ocean, and by the US’s own scientific predictions, will be underwater by 2100 (1). Additionally, every year it experiences more and more extreme storms that cause costly damage and record heat that make wildfires and water shortages commonplace. The reason for this destruction? Climate change which is caused by exactly the thing that also could destroy those homes in Horní Jiřetín- the very potent greenhouse gas emitter, lignite coal.

It may seem misguided to compare my home in Florida which is suffering negative but livable consequences due to climate change to the residents of Horní Jiřetín whose homes will be completely destroyed if the limits are broken. But the reality is that climate change is already affecting communities across the world and the longer governments insist using climate change producing energy sources like coal, we’ve all got something to be concerned about.

Therefore, I was just as disappointed as many of my Czech colleagues with the Czech’s long term energy plan which was announced last Monday. The plan was released without giving any sign of whether or not it will break current limits for coal mining, an issue the government has been debating for months. Despite that this plan has been almost eleven years in the making (the last energy plan is from 2004) it still did not include this crucial aspect, therefore giving coal lobbyists even more time to prey on ministers and leaving the fate of Horní Jiřetín unknown to the citizens and miners alike until the decision is made in August.

Even more frustrating is that the government’s energy plan, which seems more like a wish list because it is so extremely vague, places heavy investment and resources into building up the Czech nuclear sector. The current government says it will increase nuclear energy to make up half of the Czech energy mix by 2040, but without indication of who will finance these very expensive projects. This will leave the problem to be solved by governments of the future who will get to look forward to the roar of public dissent when the money for these projects must be found amongst energy consumers or taxpayers.

This is also leaves us to wonder, if there is so much investment into nuclear energy, will there be any more Czech crowns left to invest into renewables? In the latest plan, renewables should increase to be somewhere between 18 to 25 percent by 2040 which is a good thing. But this still dwarfs the targets set by other European countries. Neighboring Germany has already exceeded having a quarter of their energy come from renewables last year- something the Czechs hope to reach in… 25 years. Moreover, the “plan” also does not account for any decrease in energy consumption, despite the fact that energy efficiency will likely improve.

To ensure that both Jacksonville and Horní Jiřetín can thrive for centuries, it it is crucial that the Czechs and all governments make stronger commitments to build an energy future that promotes sources that are clean and sustainable. We need stronger, clearer ideas of how we will get the necessary energy transition and serious investment into making it happen. False solutions and pushing the issue aside for future governments to decide is doing everyone a disservice and shouldn’t be tolerated. Which is why I, along with others across the country, are demanding the coal limits remain in the Czech Republic and will not silently sit back and see communities be drowned or mined away.

More information about the campaign on the coal mining limits (in Czech) can be found here. 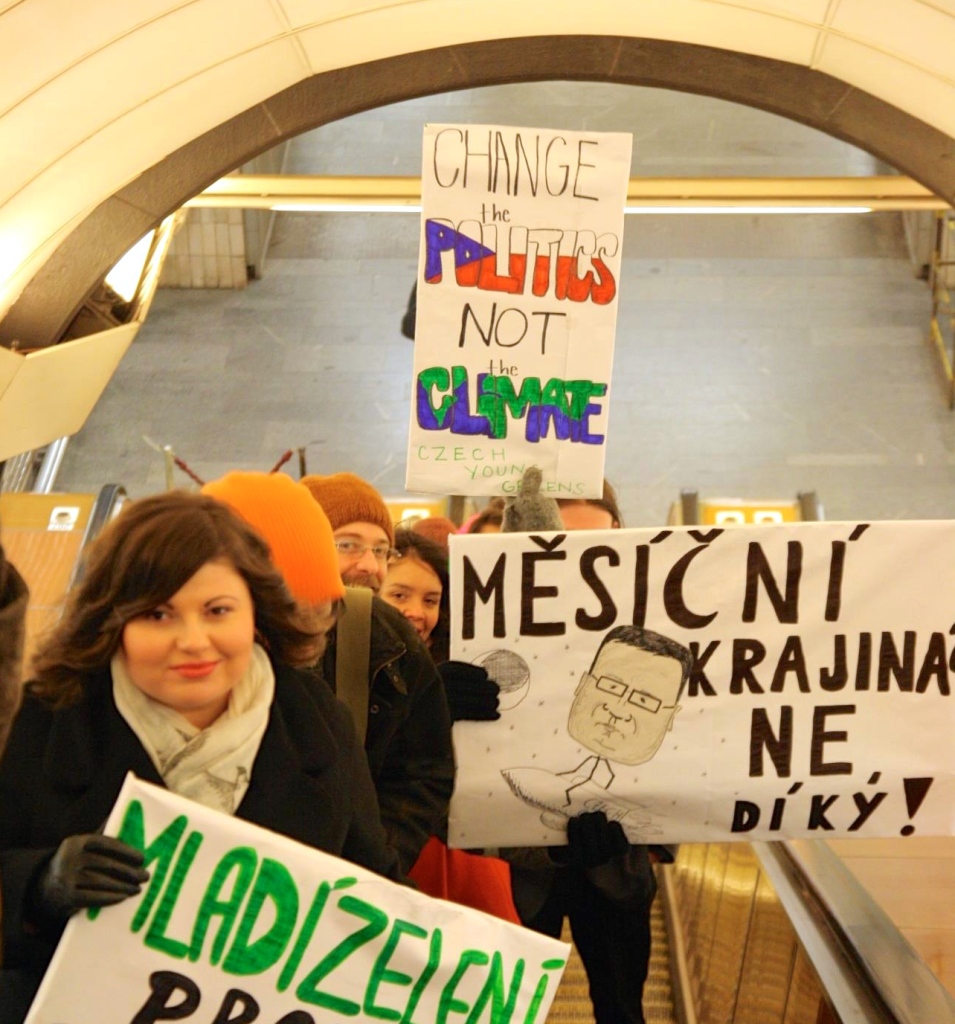