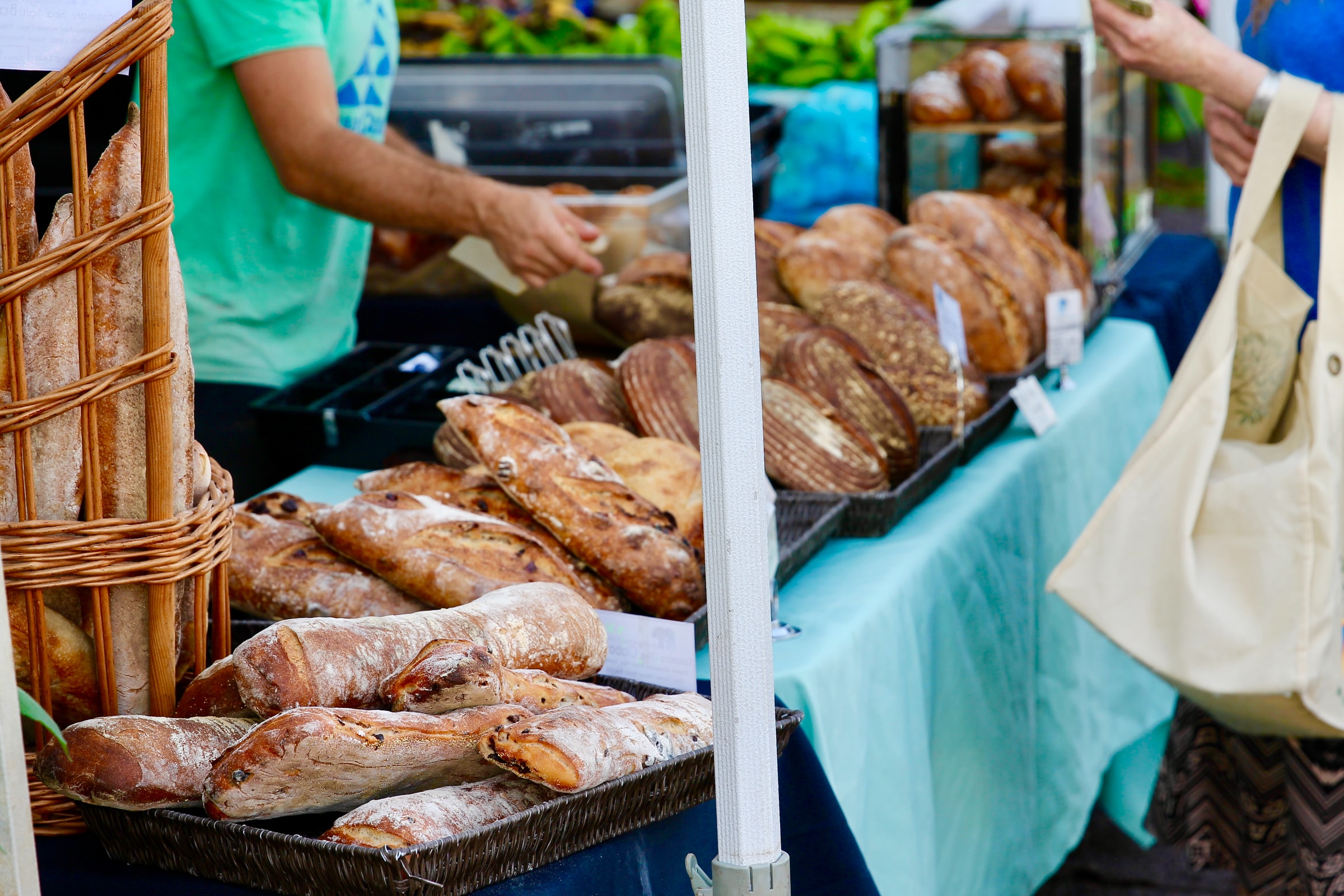 Since the wave of environmental protests hit Europe, one can have the impression that a lot is being done to respond to the demands of the protesters to counter climate change, and to address environmental destruction. Organic grocery stores are popping up in towns and cities, vegan food festivals are taking place almost every day, and small boutiques selling fair trade organic clothing are opening in the busiest shopping malls. Thanks to what is sometimes framed as dollar voting, it might seem that consumers now have the choice between different products, which creates the impression that they can influence production and ultimately avert the climate catastrophe by means of “mindful” consumption.

Even though they aim at responding to some of the most urgent preoccupations environmental activists are fighting for, they are cherry-picking only some demands, while neglecting the fact that holistic change is necessary to truly address the roots of the problem and to respond to the demands of environmental activists.

Instead of buying a shirt produced by children in Bangladesh, buying a fairtrade certified shirt made from organic cotton grown in Turkey and weaved in Portugal promises to contribute to a world with less exploitation and pollution. Instead of eating cheap meat with residues of antibiotics, the vegan burger promises not only to be healthy but also to be less resource intensive in its production. In addition, there is now a multitude of companies that offer carbon offsetting for flights or other activities harmful to the environment. Emission trading schemes are created in more and more countries, including the EU. Yet, all of these proposals build upon a neoliberal economic framework, reducing state intervention to a minimum and relying on the rational decision of individual actors. Even though they aim at responding to some of the most urgent preoccupations environmental activists are fighting for, they are cherry-picking only some demands, while neglecting the fact that holistic change is necessary to truly address the roots of the problem and to respond to the demands of environmental activists.

These current developments, which may appear as big steps forward, are often structured around the agency of the individual. In order to have an impact, dollar voting relies on the consumer to choose an environmentally friendly product over an alternative conventional product. Popularized by the public choice theorist James M. Buchanan (1954), dollar voting refers to a liberal conception of democracy, where citizens have the same rights and leverage to influence decision-making. But in contrast to casting a ballot, choosing between different products requires spending monetary resources. It comes as no surprise that environmentally friendly products cost more, which is why –if sticking to this analogy– voting decisions in stores are not free. Due to financial circumstances, some consumers cannot buy products that are produced respecting certain environmental or social standards. Because they already spend all their available resources on meeting their basic needs, it appears as if they are forced to opt for “conventional” products, even if they are aware of the detrimental environmental impact and low social standards under which they have been produced.

Even though buying those products can effectively reduce the negative impacts on the environment or grant workers a decent workplace, it is as if already the bare existence of those alternative products would signal to all those who cannot afford those environmentally friendly products, that they cannot protect the environment in consequence. It is as if, hypothetically, the existence of those products would signal to everyone: “Only if you are part of the world’s wealthier people, you can afford to care about your environment. So do aim at becoming wealthy if you wish to protect your environment.” Consequently, those who are less affluent seem to have no other choice but to contribute to environmental destruction as long as they do not have the monetary means to do otherwise. This is counterfactual and has been substantiated by a series of studies that show how economically wealthier people tend to have a negative impact on the environment. Oxfam and the Stockholm Environment Institute estimate, for instance, that over half of the global carbon emissions were caused by the richest 10% of the global population during the period of 1990 to 20151.

Taking one step back, it appears that the existence of products which voluntarily respect environmental and social well-being regulations also implies an ontological shift of the relationship between humans and their environment, or as Philippe Descola puts it, the dualism of nature and culture2. Following Descola, nature is a cultural construction that varies from culture to culture3. If humans have tended to highlight their differences from non-humans since the Enlightenment in Europe and North America, and if industrial progress allows to deepen the perceived divide between nature and culture, then environmentally friendly products try to reconnect with nature. By buying them, consumers demonstrate that they care about the environment and affirm not only their connection but also their dependency on nature. Even though it remains an impersonal and much more distant connection, since it is structured around the exchange of commodities4. The intention is clear: since the consumers care about the environment, they do not want to contribute to environmental destruction. In return, acknowledging their impact on the environment comes with acknowledging the connection to the producers as well as to the non-human. After all, without the producers or the non-humans there would not be a product nor a consumer.

When taking into account that those products are only accessible to the wealthiest because they are exchanged at a higher price, it then becomes clear that nature is refused to the poorest participants in the market economy5. Since the market offers an alternative to products that are polluting, it appears as if it would not be the fault of the economic system, but the one of the consumer, if the latter does not choose to care for the environment by buying conventional products. It appears that all those who seemingly voluntarily choose products that degrade and pollute the environment, choose to live in a dualistic world where culture is strictly separated from nature and where humans can pollute the environment since they are not dependent on it. But who would voluntarily want to be a jerk?

Furthermore, as the offer of environmentally friendly products has increased6, global economic inequalities increased as well7. Against this context, it appears that the division is deepening between consumers who can reconnect to their environments and those who cannot. When only focusing on the impact of products in comparison to the dualism of nature and culture, it is as if being rich enables one to adhere to a softer division of nature and culture, whereas lacking monetary resources within a consumer society leads to a way of living that precludes the dependency of humans on their non-human environments.

Secondly, the existence of products that respect certain environmental standards, or the invention of new products, such as carbon offsetting, seemingly creates an additional legitimization for the existence of neoliberal markets. By offering products that are exchanged in markets, or that create new markets, as is the case with carbon offsetting, the neoliberal economy proves that it is able to react to demands called out by climate protesters around the world. These calls have reached broad support, leading to a greater environmental awareness and adoption of environmentally friendly lifestyles among an increasing number of some consumers. Hence, products have been created in the neoliberal economy that apparently satisfy the recent call for a lifestyle that is no longer ignorant of the environmental and social consequences of consumption based on exploitation.

Even though the market might have successfully adapted to a new demand, it has not solved the climate crisis, nor tackled environmental degradation.

Yet, there is an important difference to be made: Even though the market might have successfully adapted to a new demand, it has not solved the climate crisis, nor tackled environmental degradation. Even though there are now products that can satisfy the individual need for a way of living respectful of the environment and workers, individual needs do not fight climate change and environmental degradation on their own. There are two important aspects to consider: on the one hand, those “environmentally friendly products” principally satisfy the need of the consumer without necessarily decreasing the negative environmental impact. An example are avocados, which appear to be a healthy and less-resource consuming alternative to meat, but which instead come with many other negative impacts. For instance, they are often produced in regions where water-scarcity is frequent. However, their production requires a lot of water. On the other hand, as shown above, “environmentally friendly products” are only accessible to an affluent upper-class, and, especially for carbon offsetting and carbon trading, may operate in contexts with a problematic colonial legacy8. Thus, they are far from increasing the access to a respectful way of living for all.

Moreover, by suggesting that there are solutions for the individual, the neoliberal market aims at reinforcing its hegemonic position. For those wealthy consumers with a strong environmental consciousness, the neoliberal market shapes the wants and needs by assuring that environmental friendly products are a solution to the climate crisis and environmental degradation. By doing so, it institutionalizes a solution and may prevent these consumers from opposing the idea of a neoliberal market as such. On a theoretical level, neoliberal economic markets then govern using what Michel Foucault called “governmentality”, which can approximately be brought down to the catchphrase of “conduct of conduct”9. In this sense, the neoliberal market builds upon the desire to change the world and responds by offering consumer goods that promise to do so. When the consumers then opt for those products, they do so willingly and based on a rational decision, since those products promise to fulfill their needs. Furthermore, as defined by Foucault, this could be interpreted as governing “according to the rationality of the governed themselves”10.

This network of power shifts the blame for environmental degradation on the consumers while strengthening its own position, as if there would be no alternative to it.

From this perspective it quickly appears that choosing environmentally friendly products only seems to be an explicit choice for the individual customer, when it is foremost an act embedded in a far bigger network of power: the hegemony of a neoliberal market economy. This network of power shifts the blame for environmental degradation on the consumers while strengthening its own position, as if there would be no alternative to it11.

Accordingly, green policy proposals would only be subjected to the hegemonic position of the neoliberal framework if they stick to this particular framework of the neoliberal market. They would simply reinforce the dominant position of the market which, in the short run, might offer opportunities for a way of living that is more respectful of the environment and contributes less to inequalities, but which remains exclusively accessible to some privileged individuals. This is why the neoliberal market proposes solutions neither to environmental degradation nor to the climate crisis.

In order to remedy this shortcoming, a holistic change is necessary, one that breaks free from the neoliberal economic system, the rational decision-making of the individual which is attached to it, and that questions the dualistic division of nature and culture on which it is constructed.

Robin is fighting for social and environmental justice with the French Young Greens and studies European studies. He is on the 2020-21 editorial board of the Ecosprinter and in his freetime, he loves to ride his racing bike.