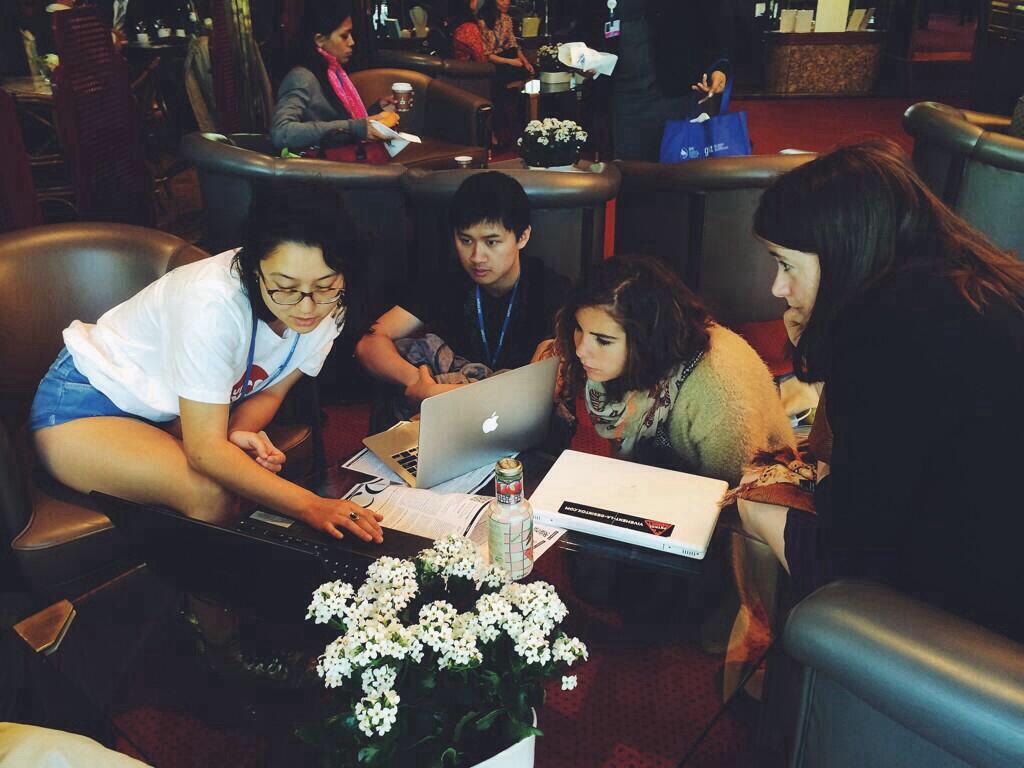 The Article 6 on the UN Framework Convention on Climate Change has its origin in the Agenda 21 endorsed at the United Nations Conference on Environment and Development in 1992. This document stresses the importance of enhancing the participation of civil society to advance towards sustainable development. The third section recognizes nine major groups: women; children and youth; indigenous peoples; non-governmental organizations (NGOs); local authorities; workers and their trade unions; business and industry; the scientific and technological community; and farmers. The Principle 10 of the Rio Declaration on Environment and Development stipulates that environmental issues are best handled with the participation of all concerned citizens. Indeed climate change education, training, public awareness, public participation, public access to information and international cooperation are needed for achieving an effective implementation of adaptation and mitigation actions. In 2012, COP18 adopted the Doha work programme on Article 6 of the Convention.

This programme aims to establish a dialog with parties and non-state stakeholders. The first dialog on education and training took place during SB38 and the second on public participation, awareness and access to information is taking place at SB40. The international cooperation is considered as crosscutting theme of both areas.

The FYEG, as part of YOUNGO in the negotiations feels very concerned by the dialog engaged and aims to use it as a tool to increase its voice and influence in the international negotiations. Yesterday we were informed about best practices, today we are being consulted, which is excellent progress in climbing the ladder of participation. Now we are eager to build some partnerships and offer our Youth Network as a coordination tool for the governement in order to increase participation and awareness. This partnership could be an occasion to share our experiences and bring fresh eyes to some of the challenges faced. However a key point of the Article 6 is its implementation at national and local level, where greater efforts can be made to include youth participation and increase our ability to shape policies and projects.

The Doha Work Programme on Article 6 stresses the need for a focus on increasing the participation of Women and Girls. A gender aware approach is absolutely necessary for education and public participation. As Ms. Tara Shine, Head of Research and Development of the Mary Robinson Foundation – Climate Justice, „Without women, it won’t work.“ During the second Dialog, Mr Pierre Henri Guignard, Secretary General COP 21/CMP 11 assured the civil society of strong role during the COP21 in Paris, included during its preparation. This opens new doors for the young climate activists all over the world, in order to put citizens at the heart of the climate decision-making.