Young, wild and free… But many would like to become young professionals, and it is definitely not easy to gain experience. Doing an internship is often a necessity. However, many internships, even after obtaining a high university degree, are unpaid and without a legal framework, at least in Belgium. And this is a problem: after investing in a higher education, you would have to invest again in a completely unprotected environment. Interns don’t build up any social rights and in many cases, they don’t have work insurances. Which means this is a risk that many people are not able to take: who does not have the money, is not able to get a high-level job.

Actiris in Brussels offers paid internships for companies looking for interns, with three different programs: Stage First, FPIE and CIP. All three programs focus on professional insertion for job seekers, are between 1 and 6 months, get the costs of the intern covered and offer a degree of payment. However, when taking a look at the “paid” internship offers on the Actiris website, most of them clearly mention that there will be no pay. The Flemish equivalent of CIP contracts, i.e BIO contracts, faces the same issue: only 329 contracts of this type were signed and registered in 2016. We clearly note that while these internships have a clear set of rules, they are underused. Another way for companies to sidetrack the law, is creating internships for students – who are regulated to be unpaid, but who do have social protection and insurance – and accept non-students for those internships.

Unpaid internships at the government

Several international organisations in Brussels face the same problem. The European Commission reported over 200 unpaid interns in 2016 and even UNHCR accepts unpaid interns. The Brussels Interns NGO estimates the total amount of internships in EU-related affairs in Brussels at 8.000, of whom half unpaid and a large amount of them not working directly with the institutions (and thus under Belgian labour law).

In private companies, the practice of unpaid internships not requiring any type of education is widespread, from small companies to multinationals. Some companies even demand money: one young person reported a company asking €200 for an internship place. This shows the framework in which youth do not have any social protection in a voluntary internship: no insurance in case of work accidents, no transportation reimbursements, even mentorship is not obliged in such a contract. Not even a registration is necessary, so the big majority of internships happens without knowledge of the government. There is an urgent necessity for a legal framework and regulation for this kind of internship, with at least a certain degree of social protection and a reimbursement system for costs.

The European Youth Forum filed a complaint against the Belgian State in 2017 at the European Committee of Social Rights, stating there is no difference between this kind of internships and free labor. A view at the internship offers at Actiris confirms this suspicion. Here is an example: an HR company is looking for a “interim consultant stagiair”. The responsibilities are: screening of and interviews with candidates, presenting candidates to clients, filing social documents, answering the phone…
It is also problematic that denouncing an internship as hidden labor should be filed at the federal government, while the internships themselves are regulated on a regional level.

Take it to the parliament(s)

So yes, we need to solve this problem urgently. The Flemish Youth Council already formed an advice and requests forbidding unpaid internships outside any education requirments. We also need to discuss this problem at the regional, national and European parliament levels so we can create a clear, legal framework. Whoever accepts a voluntary internship has a minimum of rights, including an insurance in case of accidents and reimbursement system for costs. Or do we really want our youth to pay in order to work? 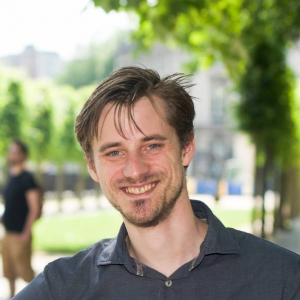 “I am the terror that flaps in the night, I am a special news bulletin that interrupts your favorite show.”
When he is serious, Jan is campaigning. For refugees, social rights and male allies in the feminist movement. Apart from that, he likes Darkwing Duck and telling people about how awesome his home city of Brussels can be.