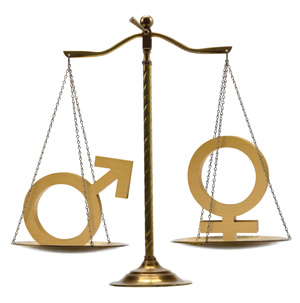 With regard to modern international criminal law, which aims to prosecute the worst human rights abuses, one can observe, that in the past the criminalization of violence against women was not considered to be a matter of importance and therefore neglected to a large extent: The Geneva Convention from 1977 considered to be sexual violence only as a crime against honour and neither the international tribunals of Nuremberg and Tokyo after World War II, nor the statutes of the international tribunals for the former Yugoslavia (ICTY) and Rwanda (ICTR) in the 90s provided sufficiently for the criminalization of gender-based and sexual violence.

Nevertheless the two latter’s jurisprudence was quite revolutionary from a gender perspective: Even though there were only two out of 11 eleven judges women at the Yugoslavian tribunal and one out of eleven in Rwanda, in the landmark decisions Prosecutor v. Akeyesu (ICTR 1998) and Prosecutor v. Furundzija (ICTY 1998) the courts stated that rape can be an act of genocide, as well as a crime against humanity. Moreover the notion of “rape” was defined in a increasingly open way.

After the experiences of Yugoslavia and Rwanda, which had left the international community with the feeling, that there was a need to create a permanent international criminal court in order to face such severe human rights atrocities, it came to the adoption of the Rome Statute in 1998, which provided the base for the creation of the International Criminal Court in The Hague in 2002.

The Rome Statute, even though it still has some weaknesses, continues the progress of a better representation of women’s interests in international criminal law:

For instance, the Rome Statute refers to the notion of “gender”, which means that sex has to be considered in its sociological context and the purely biological approach of “sex” does not sufficiently meet the aims of the Statute. If violence based on its victim’s sexual orientation equally falls under the “genderbased crimes” is unfortunately not quite clear in the wording of the Statute.

Moreover, the Rome Statute provides for a fair representation of female employees, including judges and the staff of the prosecutor’s office (Art. 36 (8)). Even though there is not binding quota regulation in the statute, the Court has introduced a quite complex nomination procedure which aims to ensure a fair regional and gender representation and which has proven to be so effective, that, at the moment, 50% of the judges are women. Moreover the Office the Prosecutor is obliged to employ specialists in the field of sexual and gender-based violence and there are special protective and therapeutic measures foreseen for victims of sexual violence.

Concerning the criminalization of sexual violence, the Rome Statute defines a range of gender-based crimes, such as rape, sexual slavery and enforced pregnancies and abortions, which are constitutive elements of war crimes and crimes against humanity (Art. 7, 8). Thanks to the strong lobbying of the women’s NGOs, like the Women’s Caucus for Gender Justice, during the elaboration of the Rome Statute, there is now a strong legal base for the prosecution of these crimes. Unfortunately in the first trial concerning the situation in the Democratic Republic of Congo The Prosecutor v. Thomas Dyilo Lubanga, the prosecutor decided to completely exclude sexual crimes from the charges, even though there was sufficient evidence, that the accused was responsible for large-scale sexual violence. This decision was caused by the fact, that the prosecutor was under the pressure to produce results as soon as possible and he felt, that the investigation of sexual crimes were to complex and time-consuming. From a feminist point of view, this was a huge drawback and undermined the court’s legitimacy, as the victims of sexual violence were consequently deprived of their right to participate in the trial and to obtain reparations. Maybe because of the pressure of international women’s rights organization the prosecutor reconsidered his policy and for example in his investigations in the Central African Republic sexual violence is part of the charges.

Having seen all this, it can be observed, that from a feminist perspective the International Criminal Court, despite some imperfections, still is a huge improvement compared to the standing women have in other areas of international law. These imperfections are mostly caused by the fact, that the Rome Statute was a international project depending on its acceptation by states and with regard to the women’s lack of power in most states in the world, it a quite astonishing that so far 120 states ratified it. There has never been any international norm before, which has provided for such an advanced level of protection against gender-based violence, so the International Criminal Court can certainly considered to be a success from a feminist point of view. However, as the International Criminal Court is only competent for the prosecution of a limited number of crimes and states like Russia, the USA and China do not accept its competence, one can hope that it is just another step in the direction of more gender justice.