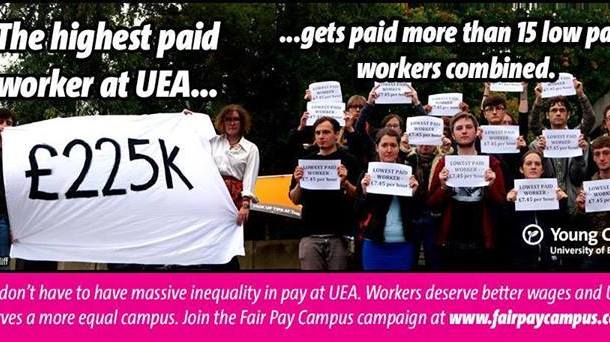 The Young Greens of England & Wales launched actions at campuses across the country starting from Monday as part of a national week of action against pay inequality at UK universities. Actions are being held at the University of East Anglia, Imperial College London and Leeds Met to draw attention to the huge rise in senior management pay at a time when Higher Education staff are facing real-terms pay cuts.

The youth branch of the Green Party, which represents thousands of students and young people in England and Wales, has launched the week of action running from the 17th March-21st March as part of its Fair Pay Campus Campaign. Our Fair Pay campaign is calling on universities to:

1. Publish the ratio between their highest and lowest paid worker

2. Commit to working towards a 10:1 ratio on campus

4. Ensure your contractors pay their workers the living wage

5. Publish the pay of vice chancellors and senior management

Chris Jarvis, Campaigns Coordinator and organiser of the week of action said: “Fair pay at our universities is resoundingly on the agenda. As part of our ongoing campaign to make pay in the higher education sector more equal, the Young Greens have called this national week of action to demand universities take the huge pay gap in the sector seriously and to treat institutions of education as public goods – not fat-cat corporations.

“Over the past 6 months, education unions have been rightly taking industrial action over a 13% real terms pay cut since 2008 – at a time when the pay of the average Vice Chancellor has increased by 8% last year alone. It’s time for university bosses to treat all staff fairly instead of stuffing their own pockets.

“Thousands of university staff across the country are lingering on low pay and being shifted from outsourced contract to contract, while university heads earn more than the Prime Minister. Our Fair Pay League report shows that if university heads took a pay cut to £140,000 – still an enormous sum – the money raised could bring thousands of minimum wage workers up to the Living Wage.

“As it stands, the lowest paid in HE currently have to work on average 18.6 years to earn the annual salary of the head of their university. This is a national scandal at a time of cuts to education, and it’s time that universities got behind the Young Greens’ call for maximum pay ratios of 10:1. Our week of action will be calling on universities to do just that.”

Charlene Concepcion, Co-Chair of the London Young Greens, said: “While students are being saddled with debts and workers across the country are continuing to struggle on poverty pay it is galling to see how the heads of our universities continue to line their pockets and those of their colleagues. Education should be for everyone and our foremost educational establishments should represent that spirit of fairness and public service.

“In line with Green party policy, we’re calling on universities to pledge that, as a minimum, all their staff will be paid the Living Wage – a wage they can build a life-around. We also want to see them move towards a fairer pay ratio where no one is paid more than ten times the wage of the lowest earner.” 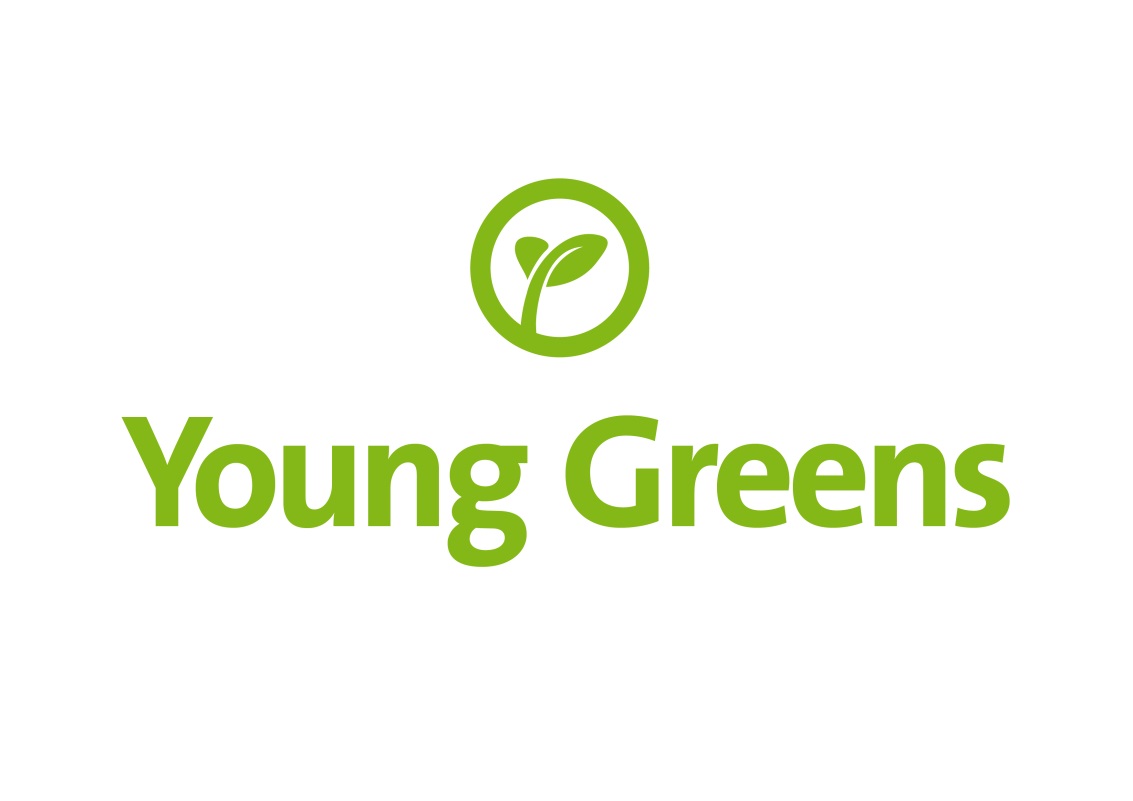 For more details visit the campaign website at fairpayunis.wordpress.com and Twitter: twitter.com/FairPayCampus. Find the Young Greens online at: younggreens.greenparty.org.uk