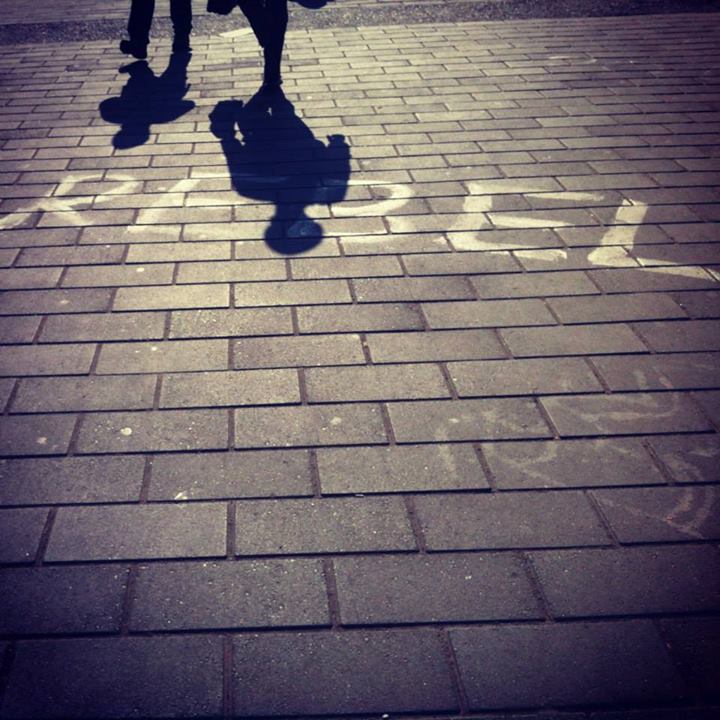 Most of you will probably recognize Camila Vallejo’s face if you see it somewhere popping up again, if not, you should have. She was one of the representatives of the Chilean student movement that made the front pages worldwide in 2011. These university students got international attention through their national marches, gathering tens of thousands of people, demanding a free and public education of quality. Exactly forty years ago, the socialist government of Allende was brutally overthrown by the military coup by the General Augusto Pinochet. The coup, under the influence of the Chicago Boys, established a neo-liberal policy that even today can be felt in all areas like privatized healthcare and education. It is exactly this that nowadays the Chilean students are combating. The free market system in education caused that practically anyone could start up a University in Chile, notwithstanding its quality. The division of three models; public, private and the combination of them both, makes them all eligible for state funding. A private university, for example, can receive state funding and additionally ask high fees, not necessary in exchange for good quality education but rather to fill the pockets of its stakeholders. The final exam at the end of secondary schools additionally mean that students who don’t get the percentage high enough to attend the good public universities, have to get loans to go to private universities. These loans, however, have enormous interest rates, which lead to indebtedness of students and their families for many years to come. Furthermore, the PSU test results are perfect indicators of a student’s socio-economic status. Statistics show that lower class students go to lower class schools, get lower PSU results and thus end up in the lower quality universities.

This neo-liberal system is not only found in the educational sphere but as well in how Chile copes with its healthcare system, its natural resources and agricultural system. The country as well still lives on with the same constitution as the one during the dictatorship, which established a set of laws that rule out any possible political change and ensure the continuity of policy and ‘achievements’ of the dictatorship. The Chilean students are thus not only contesting the profit motive in education (due to the free market view on education) or healthcare but go as far as wanting to change the constitution and, alongside, the political system which in their eyes is not representative at all.

I´ve just come back from Chile where I conducted my fieldwork for my thesis on the effects of the politization of the student movement. First, I have to mention that the student movement is not homogeneous; it is nation-wide and doesn’t really have a leading body. Rather, we can identify several important actors gathered in the Confederation (CONFECh) of several university federations like FECh from the University of Chile, FEUSACh of the University of Santiago and FEUC of the Catholic University. Each university federation consists of a group of students that won the access to these universities. These can belong to a youth wing of a political group or an independent group. This University federation then represents several faculties and, on assemblies, goes into debate with their representatives and individual students. They democratically vote upon resolutions, and the majority rule is set out to take a general stand in assemblies of the confederation.

The Chilean case has always fascinated me because the country is full of contradictions; although it has the highest income per capita of Latin America it also has one of the highest GINI coefficients (which measure inequality). It is supposed to be one of the twentieth happiest countries in the world according to the Happy Planet Index but at the same time it has high intrapersonal mistrust (Valenzuela 1991). And according to the Latinobarometro, the country has one of the lowest percentages in political participation, but then, how did the student movement succeed in mobilization of so many people in the last couple of years? 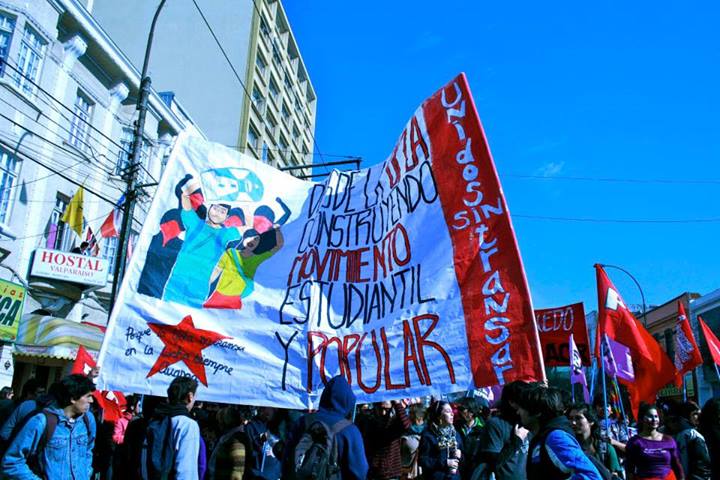 The thing really exploded in 2011 when mass mobilizations shook awake the entire country, the student movement got backed by 80% of the entire population (on one of the pictures you can see elderly people marching alongside the students). I’m not going deeper into my thesis, which tries to see if its politization caused a so-called turndown of these mobilizations. Instead, the topic of this article deals with youth engagement in politics and that’s exactly the beautiful part of the Chilean student movement, regardless of its politization. Despite Chileans being depolitized since its transition to democracy, these young people seem to find a way to get their demands on the public and political agenda, they are shaping a debate which the presidential candidates will have to take into account this spring. Chile will have presidential and parliamentary elections on 17th of November, and this highly influences the student action.

I was in Santiago from May till August, just during the Chilean academic year, and when the student protests had started again. These protests were highly influenced by the upcoming elections as ex-student representatives like Camila Vallejo, Camilo Ballesteros, Fransisco Figueroa and Gabriel Boric-just to name a few, were now running for elections. Most of them are still finishing their degrees as they ‘have lost’ some semesters due to occupations and strikes in 2011. They either form the part of the Communist Party, like Vallejo and Ballesteros, which support la Nueva Mayoría (the old Concertación) candidate Michelle Bachelet (and former president), or the part of the independent though leftist political group. Exactly because of the binominal system, the heritage from the dictatorial regime, it will be hard for some candidates not belonging to the traditional political parties to get elected but it is yet to be seen which impact the student movement will have on the elections. The student movement though is not putting forward or supporting any specific candidate, which makes that its various members are divided upon whom to vote for. However, it is most likely that Michelle Bachelet will win the presidential elections.

In this campaign, social media form a huge tool as it is massively used by the young Chileans. Already during the penguin movement (the secondary school revolution) in 2007, the use of social media made its massive mobilizations possible. Posting on twitter or facebook about an intended occupation of a school building, a cacelorazo (‘pot-banging’ protests) or a street march following week, makes it possible to get a considerable reach and mobilize a lot of people in a short time. Chile is actually one of the Latin American countries where social media are most used.

Marching with the students, attending some of their general assemblies, forums and debates, fulfilled me with so much energy and admiration. Admiration for these students going and marching almost every single week, putting their energy in raising awareness, fighting a system that is hard to change through either institutional ways or not… Seeing their struggle against this free market way of thinking in, for example, healthcare and education gave me this huge amount of energy to go on with our green struggle in Europe. It shows that a broad array of young people is coming up for democratic and social rights and that this struggle is possible and can be backed by a majority of the society. One could argue that in our case, e.g. in Belgium or in the Netherlands, we have good social healthcare or educational system and therefore no students will take the streets or occupy school buildings. Nothing could be more wrong. Okay, we do have good systems but, for instance, in Belgium we do need an education reform. However, I will not go deeper into these matters now. Though having these challenges, where and when did we lose enthusiasm to march and occupy public spaces? I was ready to come back with this energy into FYEG and Jong Groen but it seems that a former student representative stole my activist heart. Let’s see what kind of future the Chilean Green party has for me 🙂 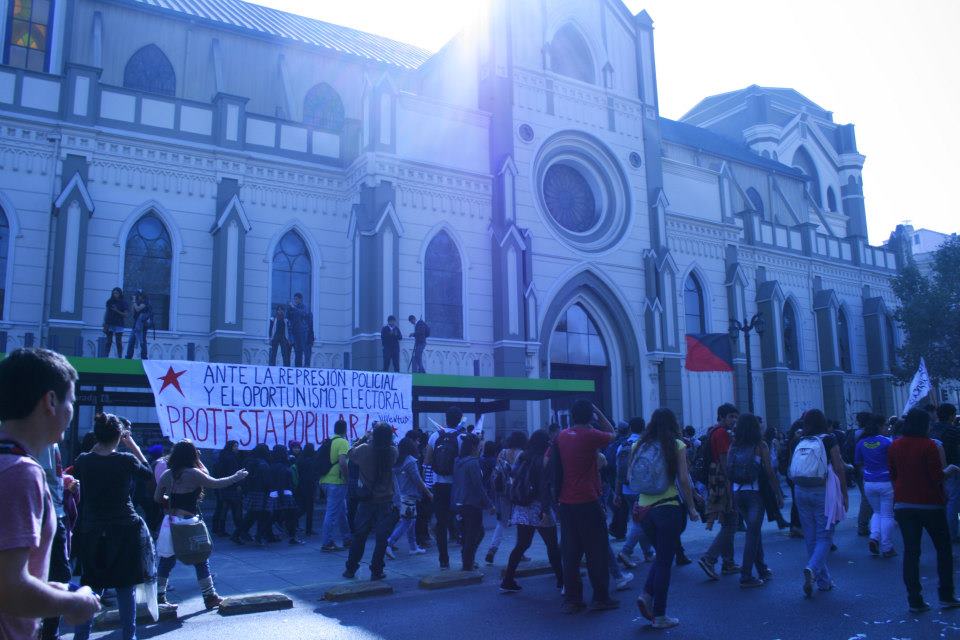